Baseball win their first home game of the season 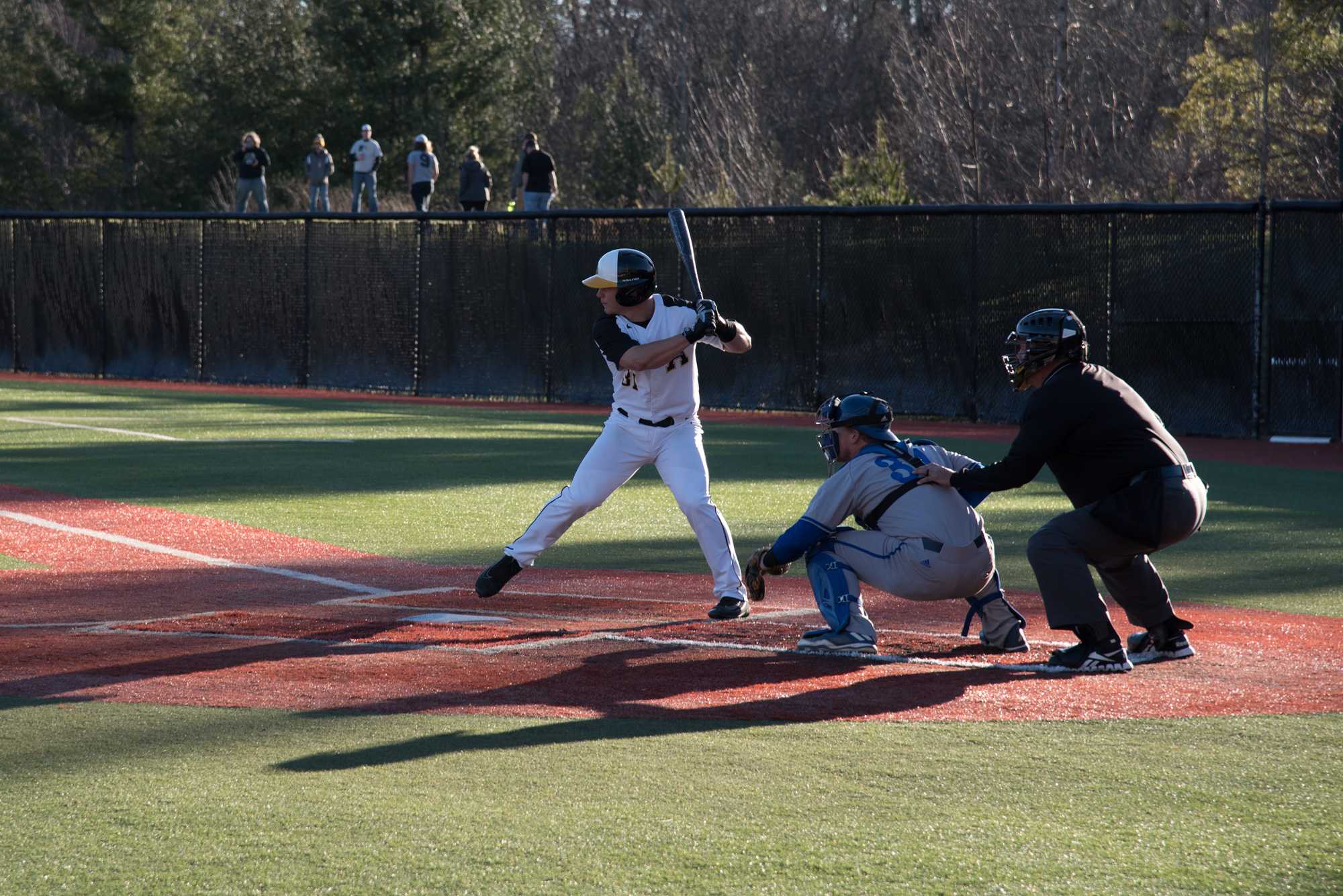 Freshman Caleb Grubbs up to bat during the game against UNC Asheville. The Mountaineers won with the final score being 4-3.

The Mountaineers hosted their first home game of the season at Beaver Field at Jim and Bettie Smith Stadium. In what was a hard-fought game by both sides, the Apps were able to prevail against the UNC Asheville Bulldogs by a score of 4-3.

A pitchers duel early on set the tone for the game. UNC Asheville changed their pitched eight times throughout.

“It was big,” Stroup said. “I was looking for something middle and it was there and I swung and it went over the fence. I was excited the team was excited, I think it kind of pumped us up to do better.”

After a scoreless fifth, sophomore starting pitcher Bobby Hampton gave up the first run in the form of a solo shot to straightaway centerfield cutting the lead in half. After a couple hits for the Bulldogs, Hampton let up a double down the left field line scoring one, making the score tied at two.

The Apps were unable to respond in the bottom half of the inning, keeping the lead in favor of Asheville. After another run scored by the Bulldogs in the top of the seventh, the Mountaineers found themselves in a one-run hole after having a two run lead.

The bottom of the seventh turned out to be a wild one. First, a wild throw from the pitcher on a pickoff attempt, scored sophomore second baseman Robert Langdon tying the game at three. Then a wild pitch to the backstop scored freshman third baseman Calev Grubbs giving the lead back to App.

After throwing a scoreless eighth inning and getting out of a second and third jam with no outs, Howell’s outing was over and senior pitcher Matt Brill came in for the save.

“Everytime I go out there whether we’re down seven, up seven, tied, up one, down one, I just try and get outs,” Howell said. “Don’t try and do anything special and just attack them, let them get themselves out and I just try and attack the hitters.”

Brill, who is coming off of Tommy John surgery last year, arrived on the mound in the ninth for the save. A pitcher who can throw some heat in the 90’s, he was able to shut down the Bulldogs comeback attempt. He allowed one man on base via base-on-balls, but got the three outs needed from a groundout, flyout and strikeout, giving Brill his second save of the season and Howell his first win of the season.

This also gave head coach Kermit Smith his first home win as the coach of the Mountaineers, but he was determined to stay focused on the ultimate goal.

1“We’re supposed to win it,” Smith said. “We have a game we’re going to go out and try and win it, so it’s no different than any other game for me. Its nice to be out in front of the Mountaineer faithful I thought they showed up well and the crowd was great for us.”

The win got App back to .500 on the season with a record of 6-6 after a tough slate of games against several top-25 teams.
They will travel to Missouri to take one the Missouri Tigers in a weekend battle, then travel back to North Carolina for a game against NC Central in BB&T Ballpark, home of the Charlotte Knights on March 14.