The benefits of dogs on campus 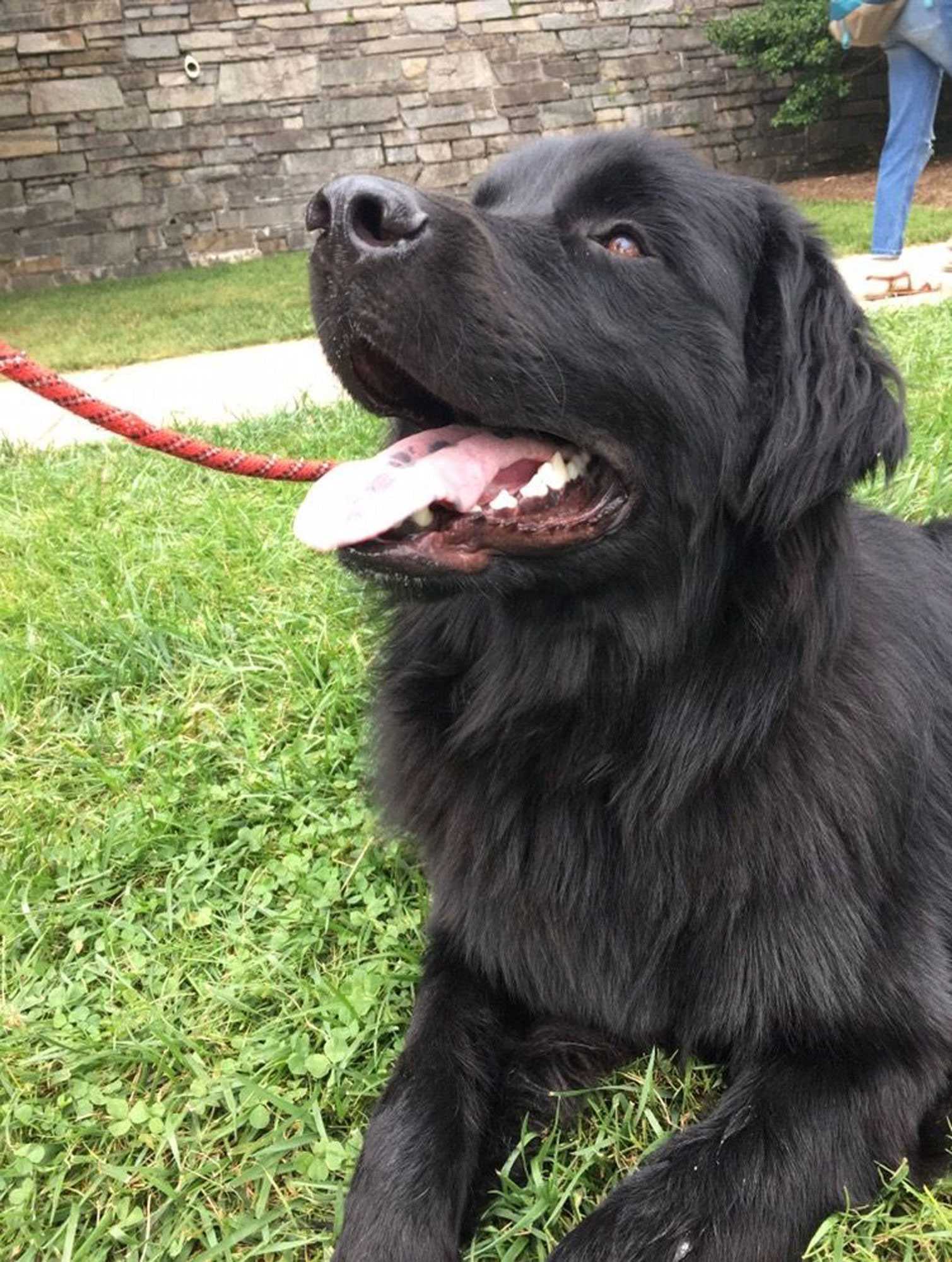 Walking around App State, it is likely that you will meet a dog or two on your way to and from class.

The cool Boone weather practically invites people and their pets outdoors, and the beauty of App’s campus makes it a popular spot for dog-walkers.

It is a good reprieve from a student’s workload to stop and pet a puppy on the street, and the constant presence of wagging tails on campus has a certain uplifting impact on the community as a whole.

It is the dogs, however, who are getting the most out of this experience. Socialization is pivotal in the development of puppies, just as it is in children.

According to popular training website Dog Time, “If the dog has lots of positive encounters with other dogs, all kinds of humans and new situations during their developmental window, he’s far more likely to grow up to be a confident, relaxed and friendly dog.”

Boone residents Lexi Ball and Colton Johnson have been walking their older dog, Jullian, around campus for three years and have recently begun bringing their new puppy, Indy, on their walks as well. 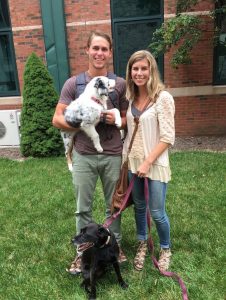 When asked about having their pets in the Appalachian environment, Ball said, “It’s a really good thing to do! They get to meet all sorts of people and different dogs, so they’re really well socialized.”

Similarly, Kyle George, who frequents Sanford Mall to walk his dog, Hudson, believes his dog’s aptitude for being around people has improved even though he is already a naturally calm breed.

“I think that he likes meeting new people. He’s never been mean or nervous, I’ve never heard him growl at anyone,” George said. 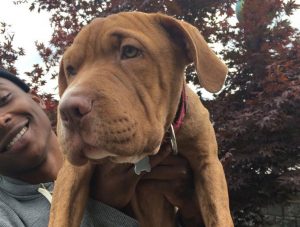 According to the Animal Humane Society, “Puppies who miss out on [exposure to a wide variety of sights, sounds, smells and sensations] may never learn to be comfortable around unfamiliar things, paving the way for anxiety, fear, and aggression later on in life.”

Having a happy, socialized dog reduces the animal’s overall stress and allows them to form connections with humans more easily. This makes the dog significantly less likely to attack or harm anyone, as proper adjustment to changing social settings helps to reduce a dog’s anxiety, increase their trust, and develop their own moral independence.

This means that the dog is more confident, and therefore, is less reactionary if approached by another person or animal. In terms of increasing an animal’s trust, a pet will look to their owner for guidance in a crowd and other unfamiliar situations, building on their ability and willingness to heed commands and listen to their owner.

“I let [my dog] walk around without a leash a lot of the time, but just by doing that he learns to listen to me and to come back whenever I need him to. He learns not to go too far away,” Cameron Baker, a Boone resident who walks his young dog around campus, said.

Bringing dogs to a college campus is extremely beneficial for them developmentally.

“Dog walks are great opportunities for your four-legged friend to see and possibly meet other dogs and people, as well as practice proper behavior when out and about,” columnist for popular website Cesar’s Way, Josh Weiss-Roessler, wrote.

The same can be said for parks, malls and strips, but at Appalachian, each student appreciates being able to take a break from their day to play with a four-legged friend.

As more people bring their pets to Sanford, Duck Pond, or any place on campus, they create a cheerful and comforting environment.

Dogs at App state have been and will continue to be a source of happiness amongst students and staff and will certainly enjoy every moment of interaction and exercise they experience strolling around campus.

Hansen Dendinger is a freshman Creative Writing major from Waxhaw, North Carolina. Follow her on Twitter at @HansenDendinger