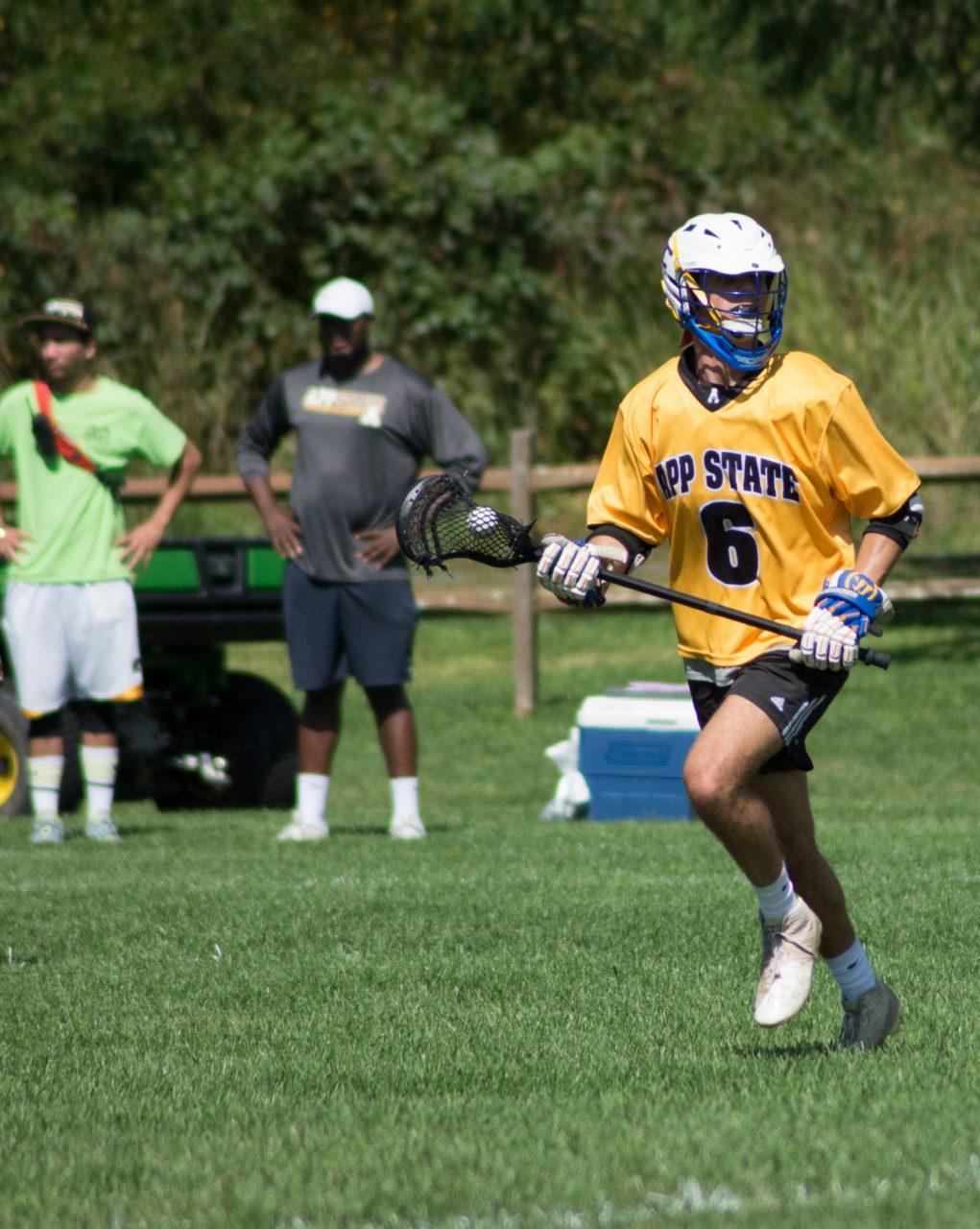 Alex Mudler bringing the ball up the field against Wake Forest on September 24, 2017. The Mountaineers fell 9-5 to the Demon Deacons.

Coming into the season nationally ranked, big expectations were placed on the shoulders of the Appalachian State Men’s lacrosse team. This pressure was exemplified when the schedule revealed their first three contests would be away against Tennessee, Wake Forest and Kennesaw State, arguably their three toughest opponents of the year.

The Mountaineers started the season on the wrong foot, dropping their first three games of the season. However, they were able to right the ship with a substantial 14-8 win against Davidson, showing why they were ranked in the first place. They look to continue this success today as they continue their season.

“I was a starter at the attack position and had a number of goals and with my injury someone else just had to step up and take the opportunity to make the team better,” freshman attack Jonathon Winbush said.

However, the team has had its share of setbacks, which may explain the slow start. Winbush had a solid first two games totaling five goals. Unfortunately at a practice during individual workouts, Winbush rolled his foot and heard a crack. He was evaluated, and it was determined he had fractured a bone in his foot, sidelining him at least six weeks. This was a big loss for the team, which affected everything from the starters, chemistry and play style.

“It kind of puts a target on your back and puts a lot of emphasis on that first game to see if you can live up to the hype of it,” senior goalie Michael Fifield said.

This does not alleviate any pressure however, as the team is expected to win and win a lot. One player does not make or break a team, and this is no exception. The pressure has definitely showed up making some of the players such as Fifield feel as if there was a target on their back.

“We came together and said this is not who we are. We are a better team than this,” Winbush said. “We come into more exercises and get together more than just scheduled practice times and stand as a brotherhood.”

Getting off to a slow 0-3 start like they did can really put a damper on team morale, but they are not taking it lightly. The team has come together and dedicated more time to becoming better and winning games.

“Once you hit rock bottom there’s really no where to go but up,” junior midfielder Jack Rich said.

When speaking with team president, Rich, you got a sense that the team was turning the corner. They know that more is expected of them and know they have no where to go but up. It should be interesting to see how the rest of the season plays out and if the Mountaineers can save their season.