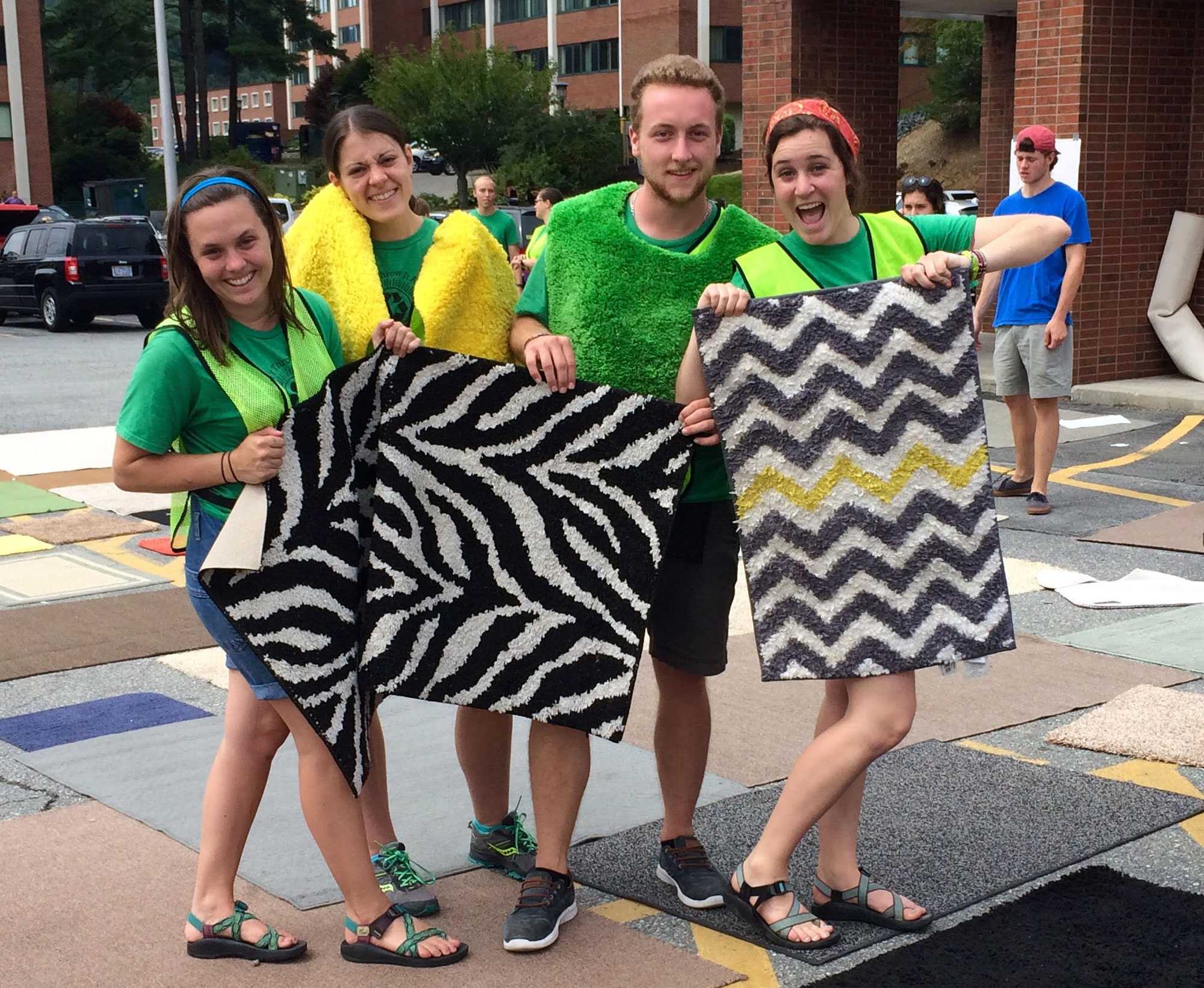 Every year, the Appalachian Community Together (ACT) office hosts a “Big Sale” outside Legends- known by many as the craziest sale of the year.

This year’s sale was no different.

“The crowd begins to line up incredibly early,” said Brianne Armstrong, senior English major. “I would say about 300 people crowded around legends- and when the clock struck 8 a.m. that was it. We could not be contained.”

The sale begins wild but calms down after the first hour and ends around 2 p.m. The ACT office is currently celebrating 15 years of donating proceeds from the sale to local nonprofits.

“Every year we do around $20,000 in sales,” said Thomas Gallagher, ACT coach and junior political science major. “And local non-profits apply [to ACT] in the spring for mini-grants. These grants have to be related to energy efficiency.”

This year proceeds will be donated to Habitat for Humanity in Watauga County to replace inefficient light bulbs, Gallagher said. Additionally, the hunger and health coalition will receive money for a commercial sized refrigerator to maximize capabilities for meal distribution.

“The last of our proceeds will contribute to a scholarship fund for ASU students to participate in international alternative service experiences,” Gallagher said. “Many people gear up for this sale at the beginning of the year- it’s become a mainstay for both campus life and the community.”

At the end of each school year, ACT volunteers travel to dorm rooms on campus to collect gently used and sellable item that would otherwise be thrown away. Thanks to the sale, almost no items wind up in a landfill, said Emily Wolschlag, ACT supervisor and senior business management major.

“A lot of stuff goes in the first thirty minutes but there’s so much left over,” Wolschlag said. “At the end we sell items for pennies or offer them free, and everything usually gets picked away.”

Wolschlag and Evan Montpellier, a junior physical geology major, focused on selling carpets at the sale.

“Carpets are the most exciting part of today,” Wolschlag said. “My goal is to get these fibers off the ground- and leftover fibers will be put into the Ram’s Rack fiber recycling program.”

Montpellier said the sale is a high energy event where students can look forward to getting great items cheap.

“There’s so much energy- I just like to interact with everyone. It brings the students and parents and the community together. First years get really excited that we’re reaching out to them.”