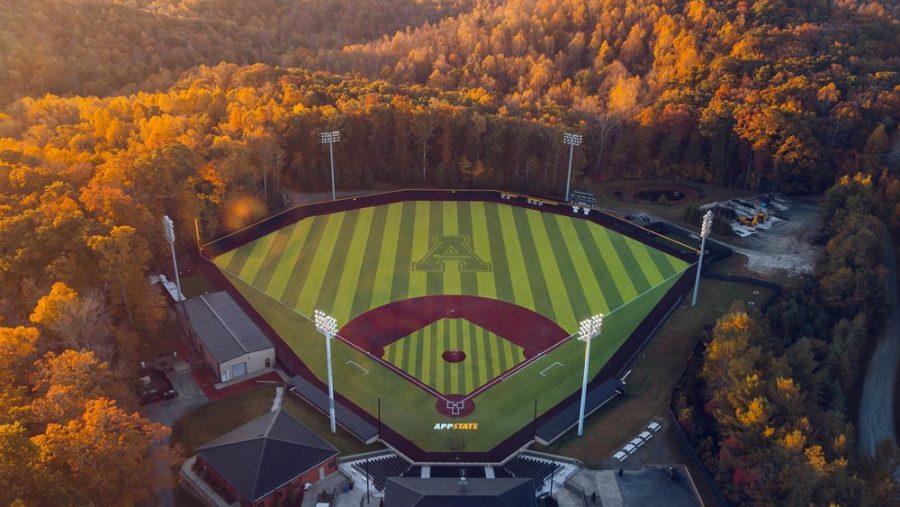 Summer baseball is coming to the High Country this year with the Boone Bigfoots set to play their inaugural season. Beaver Field at Jim and Bettie Smith Stadium, App State baseball's home field, will also be the summer home of the Bigfoots.

Every summer, all across the country, summer baseball teams give college players a chance to develop their skills and have fun doing so. Boone will no longer be left out of the fun thanks to its new collegiate-level wooden-bat summer baseball team, the Boone Bigfoots.

The idea for the team came from owner Bob Wilson, who saw an opportunity to bring summer baseball to Boone last summer amid shutdowns and quarantines. Wilson also wants to help App State by putting all profit toward the Appalachian State Athletic Scholarship Fund after spring sports were cut short.

“People get into summer baseball for different reasons,” head coach Ryan Smoot said. “In my few weeks knowing Bob and the couple times I’ve talked to him, I’m not sure anyone has ever gotten into it for more selfless reasons than him.”

Smoot, a former player and current volunteer assistant for the App State baseball team, was named Bigfoots head coach Feb. 22. He played summer baseball in college and understands everything a player can gain from this experience, such as getting chances to create new relationships and develop as a player. On March 11, the Bigfoots partnered with App State, allowing the team access to the Mountaineers’ facilities.

“Their development is of the utmost importance for them,” Smoot said. “Having the resources, the field, the cage area, the locker room that they’re going to be able to get their work in and develop as players, that’s huge.”

The Bigfoots are a member of the brand new Textile League, consisting of eight teams across North Carolina and Virginia. Eligible players for leagues like this one are college athletes with eligibility left or graduating high school seniors. Some teams in the league are brand new, while others are coming in from other leagues, but the mission remains the same for everyone.

“(The leagues) are there to give players a place to play in the summer and develop, and also give those communities and those places a summer experience,” Smoot said.

The way players are recruited to the team is mostly through connections Smoot made playing summer baseball and coaching for App State. Every year, a pool of players nationwide looks to play summer baseball, so Smoot started building his 25-man team by reaching out to college coaches and seeing if there were any players who wanted to play for the Bigfoots.

“I’ve been fortunate that our staff here at App has a lot of connections in the state and then the region to some coaches who have players that kind of fit what we’re looking for,” Smoot said.

One corner of the country some Bigfoots players come from is Southern California, where outfielder Miguel Abascal plays for Biola University. Abascal and Smoot played together two summers ago in California, so when Smoot reached out asking if he wanted to come to Boone and play for the Bigfoots, he didn’t hesitate to say yes.

“I’m very excited to go down there, experience a little bit of that culture, try to get to know the city a little bit and that area,” Abascal said. “I’m also just looking forward to playing. I feel like with COVID and stuff, everything’s just been so limited.”

A unique experience that summer baseball brings is the opportunity for players to stay with a host family. The NCAA forbids paid living expenses for college-level athletes, requiring the team to rely on the community to house its players. Host families provide players with housing, a place to do laundry and serve as a guide to an area they may not know too well.

“It’s a really cool opportunity to meet some people to have a relationship that can last longer than just a few months in the summer,” Smoot said. “There’s a lot that the player gets out of it.”

In return, host families receive two season tickets for each player hosted, access to private team events, recognition at the last home game and a picnic table reservation for games. With COVID-19, it’s harder than ever to convince potential host families to let an outsider into their home.

“Hopefully we’re far enough along that we’ll be able to find enough people that are willing to take a player in or take two players in,” Smoot said. “I do think genuinely after experiencing three years of it, there’s a lot that families can gain from having that player in their home.”

The Bigfoots want to give fans a laid back and fun game day experience. One way the team is doing this is through themed games and activities, some of which include a hot dog eating contest, a matchup against App State Alumni, an ‘80s movie night and a Hawaiian shirt night.

“When we play a home game, yes there’s going to be nine innings of baseball, and hopefully good baseball,” Smoot said. “But everything else outside the white lines is going to be a really fun experience, especially for kids.”

While players will be competing in games, the experience for them will still be laid-back and fun. There will be competitive games, but with not much at stake and only something to gain, players can have just as much fun.

“Summer ball has a pretty relaxed vibe,” Abascal said. “I’ve never been a part of a summer team where there’s been any type of conflict or anything. We’re all there for the same reason.”

The Bigfoots start their season May 28 and are scheduled to play 30 games through Aug. 8, but the schedule is subject to change. Tickets and merchandise can be purchased at bigfootsbaseball.com.