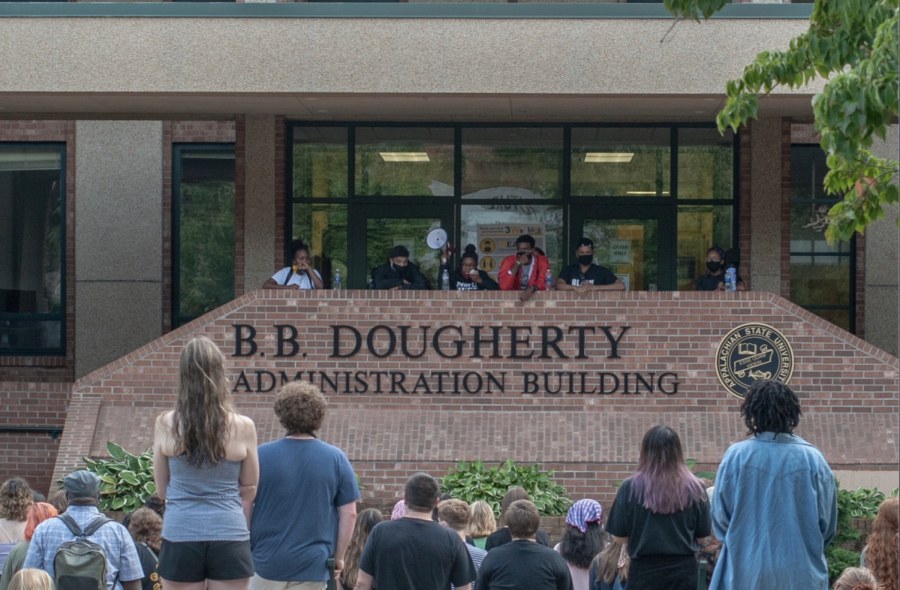 Only 27 months away from their 36 month deadline, the Black at App State Collective reported that it has made significant progress with university administration on its demands for change.

In a Feb. 19 Instagram post, the collective shared updates on initiatives such as a public demand tracker and the permanence of SGA’s director of diversity and inclusion position.

Since its Sept. 29 meeting with the university, the collective has met with university administration on four separate occasions.

Chancellor Sheri Everts attended the Nov. 12 Accountability Team presentations called by Willie Fleming, chief diversity officer. The Accountability Team is made up of members of university administration, students and alumni. Both the collective and chancellor are invited to attend. The collective also meets with a smaller committee of university administrators that the chancellor does not sit on.

The smaller committee is a steering committee made up of members of the collective and a few administrators. Those consistently present include Heather Norris, J.J. Brown and Willie Fleming, according Black at App State member Bailey Gardin.

The statement said these meetings have focused on accountability, transparency and departmental updates on demands.

At their most recent Feb. 4 meeting, the collective and the university discussed topics like bias prevention in search committees and a public demand tracker.

In efforts to keep the community involved with Black at App State’s demand progress, the collective brought an idea to Willie Fleming, chief diversity officer, for a website with a public demand tracker.

The proposed website would display progress toward all of Black at App State’s demands and and frequently asked questions page.

“We believe the tracker to be the bridge of cooperation between students and university administration,” said the collective in its statement.

The idea for a tracker came about in a Jan. 22 meeting among the collective.

Christian Martin, a member of the collective, said the group focused on a need for more transparency from university administration on demand implementation. From there, came the idea of the tracker.

“The collective has and will continue to amplify Black and Brown voices, with or without the support of administration,” said Martin. “We have made progress since our first meeting on July 21, but there is still work to be done.”

Another area of progress is the recently established permanence of the director of the diversity and inclusion position on SGA.

This student government position had never been consistent within the cabinet and making it permanent was one of Black at App State’s demands. The collective celebrated this achievement in their statement, saying it’s one of the few demands that have been implemented.

“It is now the responsibility of SGA going forward to ensure that the position is appointed to a person who understands the gravity of the office and the voices they represent,” the statement said.

In addition to the cabinet position, the group also called on SGA to further implement a permanent diversity and inclusion senate committee and committee chair.

“This work is important, and the collective will not stop,” Martin says.

Correction: A previous version of this story incorrectly stated that Chancellor Sheri Everts has not met with the Black at App State Collective since Sept. 29. The mistake has been corrected.