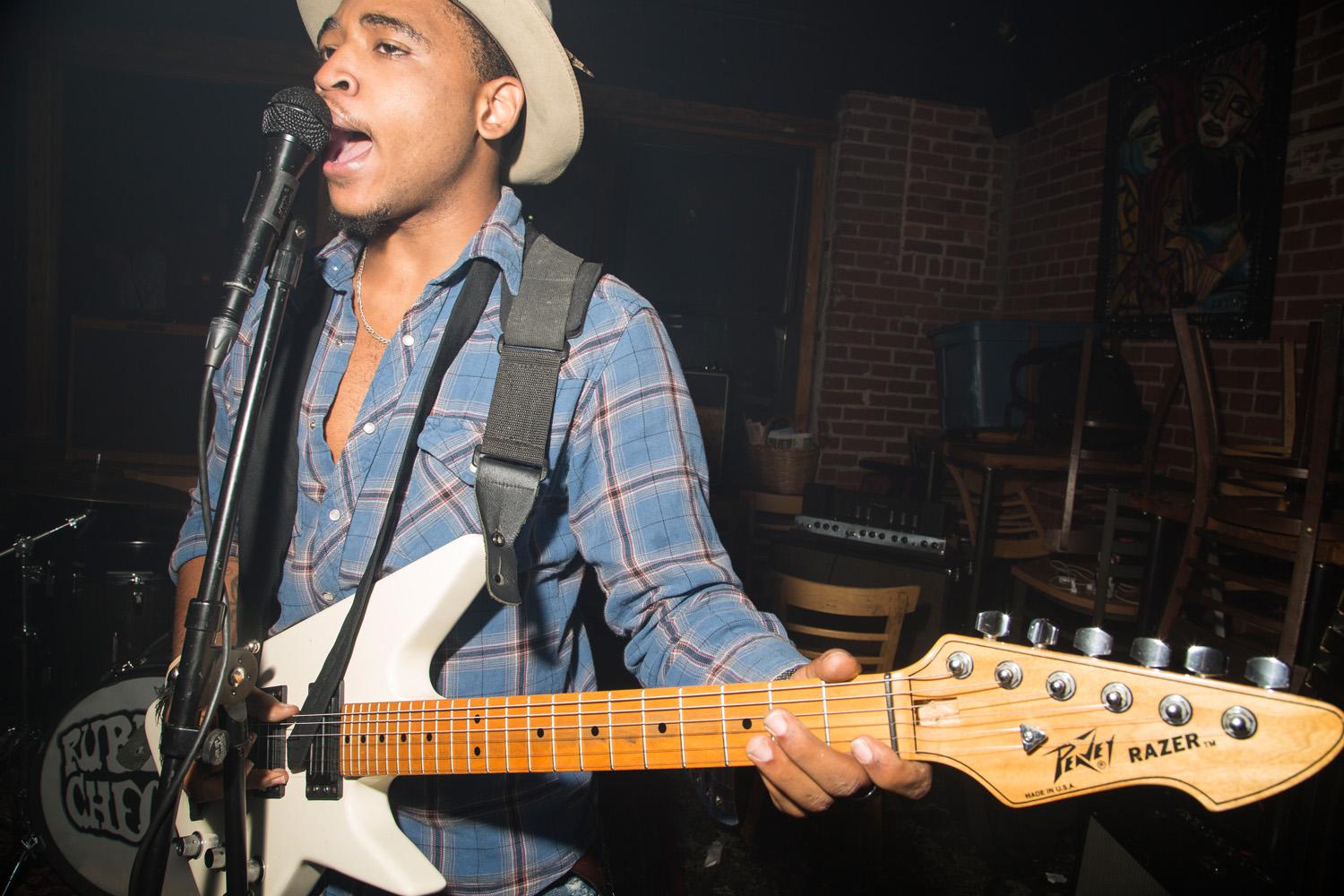 Boone bands The Rubber Checks, The Nude Party and White Wholly and Mississippi’s Stud Ford performed at Black Cat Burrito on Aug. 1, drawing a crowd of well over 200 in the semester’s first weekend. (Right) Charlie Hill, lead singer of White Wholly, performs a new song and says the band is working on a new EP. (Left) Stud Ford performs as one of Black Cat’s favorites, having played the venue “maybe 20 times or more.”

Black Cat Burrito hosted a concert Friday, Aug. 21 to welcome incoming freshman to Boone. The Rubber Checks, Stud Ford, The Nude Party and White Wholly attracted a crowd of 200-plus to the venue.

The show was “for those who are terminally chill,” Rubber Checks band member Ben Mercer said. “The main objective and collective wish of the bands was for people to come out, have a good time and dance,” he said.

The Rubber Checks’ first performed at Black Cat came after their formation in 2010, and they’ve enjoyed it ever since, Mercer said.

“The appeal is the atmosphere,” singer and guitarist Matt Gaylord said. “It is underground, literally underground, which adds a lot to the vibe of this place.”

White Wholly is a new band in town composed of Charlie Hill, Evan Fowler, and Lean Outlaw. The band started in January and is gaining momentum after their first show in March, Outlaw said.

At Black Cat, the band showcased a new song and Outlaw said they are in the process of recording a nine track EP.

“[Black Cat] is awesome, the crowd is good and rowdier than other places,” drummer Evan Fowler said.

This was the band’s third appearance at the venue, he said.

For the future, The Nude Party hopes to come out with a new album and press a 45” vinyl. They are “still in pursuit of a hot tub.”

Black Cat Burrito will be hosting live music the third Friday of each month.