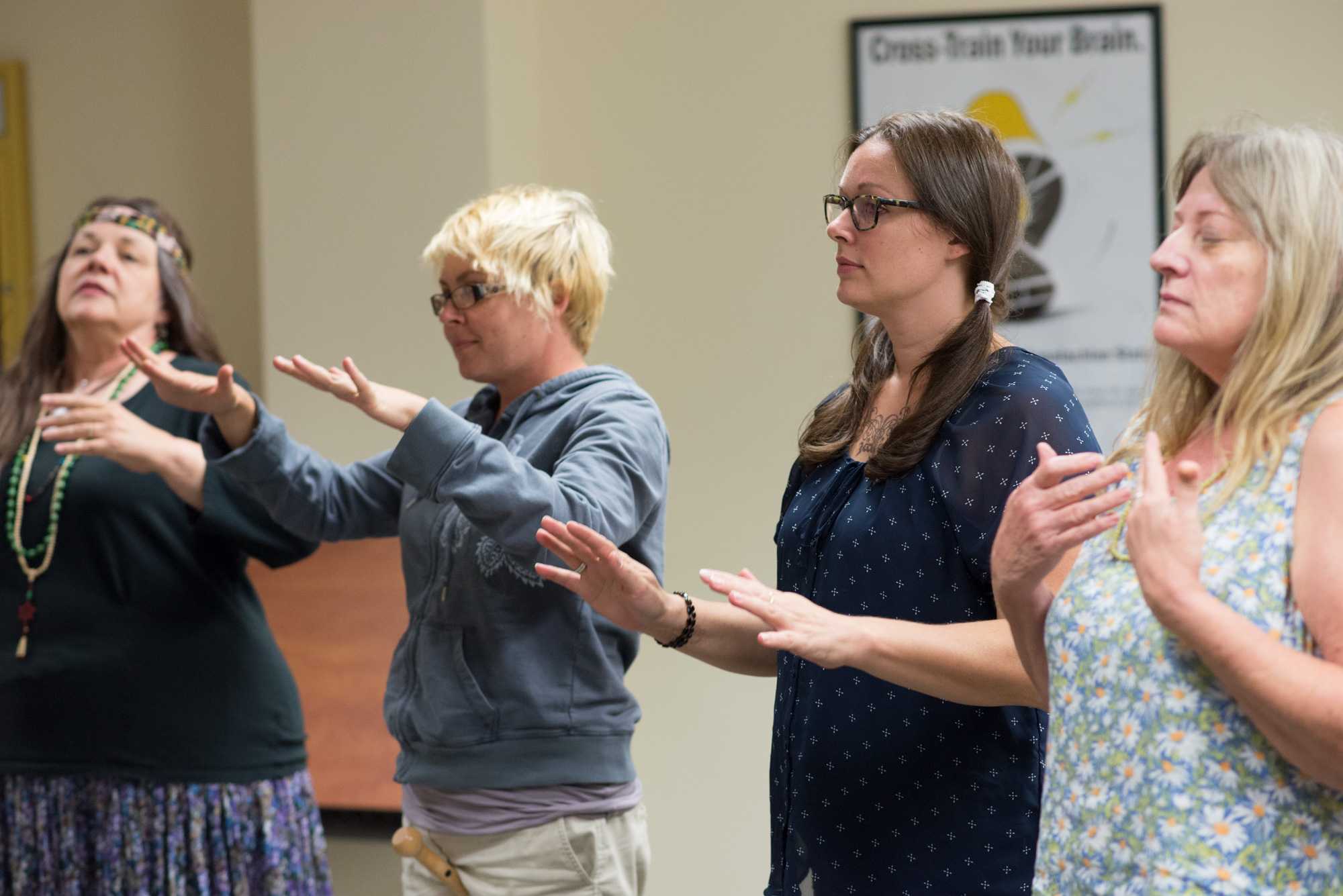 Black Sheep Theatre is a political and satirical theater company started in 1995 by senior professor of English Dennis Bohr, coordinator of Writing Across the Curriculum Georgia Rhoades, and creative consultant Mary Anne Maier.

The theater aims to produce politically themed plays written by Bohr and Rhoades. Black Sheep has produced plays in Kentucky, North Carolina and Derry, Ireland – where Rhoades and Bohr have taught and continue to conduct theatre and teaching residences since 1996.

Bohr said shortly after he and Rhoades got married he had written a couple of novels, short stories and poems, until Rhoades suggested that he start writing plays.

“I had never thought about it, but once I did, I got the whole idea that probably the best writing I do, is playwriting,” Bohr said. “My prose tends to be too wordy and making people say things makes me more economical with the words.”

Rhoades was teaching women’s studies at the time and there were things that she wanted to say, but she wanted a different stage rather than the classroom to say them.

After getting multiple rejection letters, Maier prompted them to do the plays themselves, and that is how they started acting and producing their own plays, Bohr said.

“The science of the play is closer to science fiction than reality, but climate change is real and scary. Unfortunately so is the American presidential election,” according to the author’s note on the handbill.

“The Disposable Man,” written by Bohr, is set in a futuristicUnited States that has become fractured “literally due to climate change, fracking, earthquakes, tsunamis and all kinds of other things. America has fractured into separate territories,” Bohr said.

The territories that are primarily mentioned in the play are named Texas-By-God, which represents Texas which seceded from the union, the Midwest, which has been renamed White USA and San Francisco, now the Floating Island of San Francisco.

Bohr said he believes that sexual assault by men has to be stopped by men, which is one of the central themes of the play, and Bohr is using this play to put that belief out there.

“The scenes about men’s treatment of women are not fabrications, and since men are the primary perpetrators of rape and sexual assault, men must take responsibility for stopping them,” Bohr’s author’s note in the handbill said.

Rhoades said there are explicit things said in the play that echo familiar voices.

“There are shocking things that are said and alluded to in the play,” Rhoades said. “But there are things on one level that have already been said and exist now. This is just an extrapolation of it.”

Bohr agreed that there are other awful things said, especially in the first act, but he said he is not making it up. Among those quoted in the play is Todd Akin, a former Republican representative for Missouri, Bobby Knight, a retired basketball coach and Rupert Murdoch, founder of Fox News.

“There might be living people who suggest some of the characters in the play, and they might appear to be recognizable to people. Nobody is named after real people,” Rhoades said.

This play has been an on-going work in progress for 10 years and the last two or three years it has been getting tweaked, honed and ready for the final production, Bohr said.

A stage reading for “The Disposable Man” took place in Derry, Ireland in the summer of 2015. Bohr said that is when he realized it needed to be cut more, and then in rehearsals Bohr said more cutting and rearranging had to be done when he could not find more people to perform in the roles.

“The original idea has changed drastically from the very first idea,” Bohr said.

Among the 13 characters, there are four App State professors and one counselor. Bohr plays Hard Don, the villain of the play who Bohr describes as “arrogant, and mainly a total jackass. He is an ape.” Rhoades plays two characters: Melinda Sue Lou who has secret powers and “probably is a witch” and Cindy, who is a “trophy bride mistress wife, who is self absorbed and doesn’t like the idea of living without men,” Rhoades said.

Rhoades said that several of the characters in this play overlap and appear in other plays. Among these are Holly Jolly, Melinda Sue Lou, Molly Bloomer and Luke Warm. Rhodes describes it as being like Faulkner’s Yoknapatawpha County, the setting in most of his books.

Scott Williford, owner of The Cardinal Food and Spirits, met Bohr in 2003. At the time, Williford was a theatre student of Bohr’s at Caldwell community college and now acts in plays with Bohr.

Williford said that Bohr saw him on campus randomly and he asked, “Hey, you wanna be in a play?”

“I thought, sure I’ll be in a play,” Williford said. “And the next thing I know he hands me a script and I am two massive characters, one in the first act and a different one in the second. That was literally the first play I had ever done other than in a class.”

Williford plays Luke Warm, who he describes as a misguided former athlete, who is not necessarily a bad guy.

“He is just like an average man of his generation who has not ever learned any different way to be,” Williford said.

Rhoades is working on a novel and Bohr has yet to start his next project, although he said he has begun writing three plays. Rhoades wrote a play that was commissioned in Derry and she wants to bring it to Appalachian State. She also wants to take “The Disposable Man” back over to do a full production of it there.

Tickets for “The Disposable Man” are $5 and the show begins at 8 p.m. in Rosen Small Recital Hall in the Hayes School of Music.