Board of Elections tables vote on App State voting site 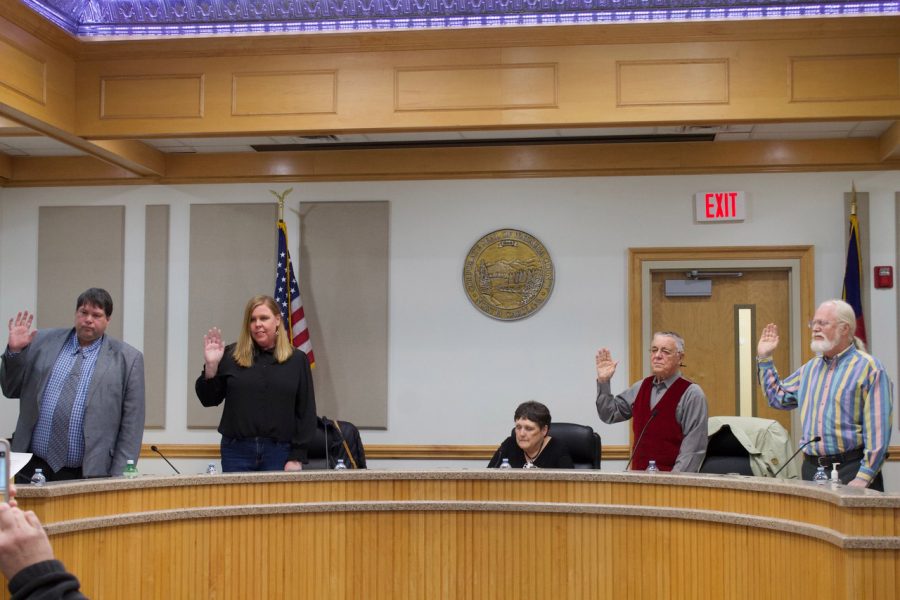 Eric Eller, Nancy Owen, Marvin Williamsen and Matthew Walpole swear in as member of the Board of Elections. The members voted to table the vote on changing the polling site for the Boone 2 precinct from Legends to the student union until May.

The Watauga County Board of Elections tabled a vote 4-1 to move the same-day polling place from Legends to Plemmons Student Union on March 12.

Matthew Snyder, director of elections for Watauga County, said the motion was tabled because the state has not released the layout of the election precincts.

“The board has tabled it until we get that information back from the state saying, ‘Hey, this is the new state layout for the precincts,’ and then to see how that fits in with what they want to do,” Snyder said.

Eric Eller, a Republican who was appointed to the board on March 7, said he did not understand the need to move polling places because it would waste time and money.

“It makes no sense to tell 7,600 people: This is where your voting place will be, but you won’t be able to cast a vote there because the state is going to move it,” Eller said during the meeting.

Board of Elections Chair Jane Hodges said she was against the motion to table the vote. She felt that if the board had voted to move the polling place, the state would keep it in the student union due to the large number of student and faculty votes.

Snyder said the board will not receive the precinct layouts from the state until May.