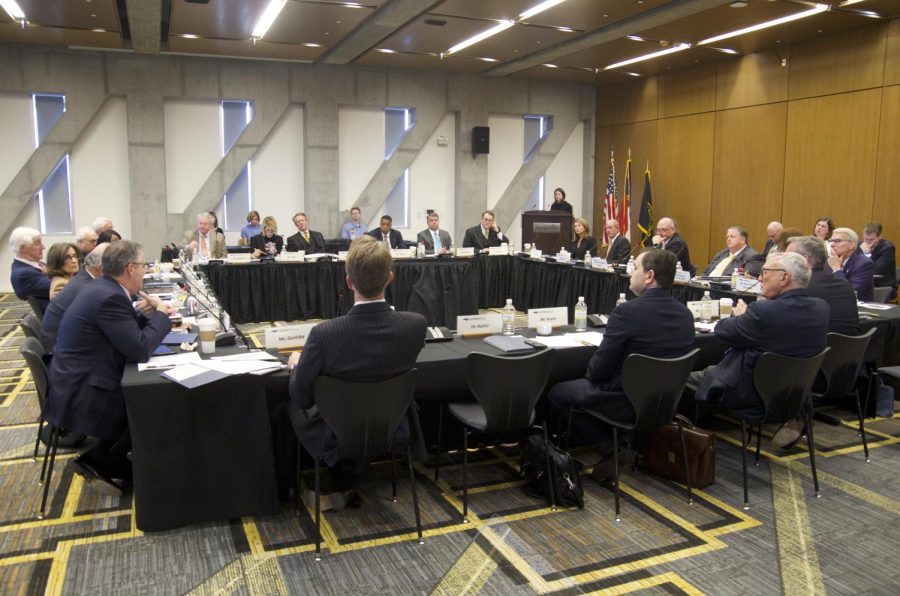 The Board of Governors met on App States campus on March 21 and 22.

For the first time in over 20 years, the Board of Governors met on App State’s campus, where it voted to raise student fees.

The BOG deferred a $54 debt service fee for App State.

“As we were in the process, the Board of Governors was coming up with a plan to ask the legislature for funding increase to repair and renovation funds on a system-wide basis,” Vice Chancellor for Business Affairs Paul Forte said.

Forte said the legislature is trying to get the funds during the current legislative session.

“It’s something the board and we as a staff are very concerned about and are anxious to manage it as well as we can,” Interim UNC Systems President William Roper said. “We understand the concern about the total cost of attending college.”

The BOG appointed Roper as interim president in November.

“Costs matter and there’s a lot of focus there,” BOG Chair Harry Smith said. “The word tuition had gotten so costic, everybody started kind of sliding over to the fee side. The fact is tuition and fees are both large buckets of college.”

Five schools did not have their athletics fee raised, and two schools, East Carolina University and Fayetteville State University, had theirs raised by $50. App State had the second lowest raise with UNC-Greensboro in first with a $19 increase.

The BOG was on App State’s campus for three days beginning March 20.

“It’s been fabulous,” Chancellor Sheri Everts said. “They are delighted with the campus. Many of them mentioned that every single person they met was friendly and engaging and loved Appalachian State.”