Boone bands look to the future 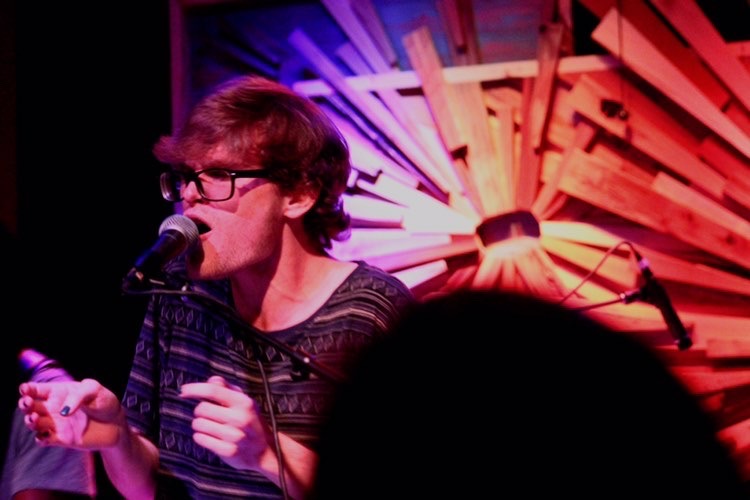 Vocalist Lawson Galloway leads the band, Galloway, during in performance.

Basements, garages and bars once packed with people, colored lights and music-saturated air are now silent. Due to COVID-19, tightly-packed crowds dispersed and studios closed down, giving way to masked fans and at-home recording in the music scene.

“All of a sudden, we went from having like four or five shows in the next couple of weeks to zero, and since then, we’ve played one show, but that was something that we kind of put together ourselves,” said Luca Wilber, guitarist for local band Galloway.

Galloway was forced to cancel several scheduled shows, including a performance at Boone in Blossom, because of the pandemic. Back in June, the band organized Byrdstock, a socially-distanced backyard concert featuring several other North Carolina-based bands.

Wilber said the gathering was a success because of the band’s precautions.

“We did our absolute best to be as safe as possible,” Wilber said. “We took everyone’s temperatures when they got there, we put hand sanitizer everywhere, we tried to make sure that folks sat with who they came with, and overall it turned out really, really well.”

The backyard bash provided a hopeful glimpse into the future for the band. Temporarily shut doors began to open and the air flooded with music once again.

“We went into the studio to record a single in January, and then I think we were just about to finish,” said Robert Redfield, one of Galloway’s guitarists. “Then all of COVID started, so we kind of have this song just sitting in our repertoire for probably like ten months waiting to be finished.”

With the start of the fall semester, the band has been able to finish working on their new single, “Buzzcut,” which will come out Oct. 9.

Similarly, band Cocoa Bat has struggled with the drastic change. They, too, have had to cancel in-person shows and practices.

The band’s nostalgia has fueled their determination to stay productive.

“We were able to record a little three-song EP while we were in quarantine, because we all have our own levels of gear at home to record with,” said Caison Rogers, Cocoa Bat’s drummer. “We’ve still been able to be productive, it’s just we’re having to find those different ways to do so.”

Cocoa Bat’s self-titled EP released in July and is available on several streaming platforms. The band also has an album set to release in a few months.

Despite the challenging circumstances, the musicians are optimistic about the eventual return to normalcy in the music scene.

“Given the eagerness of people to sort of get back to normal, especially once a vaccine is out widespread available, I can’t imagine that things won’t,” Wilber said.