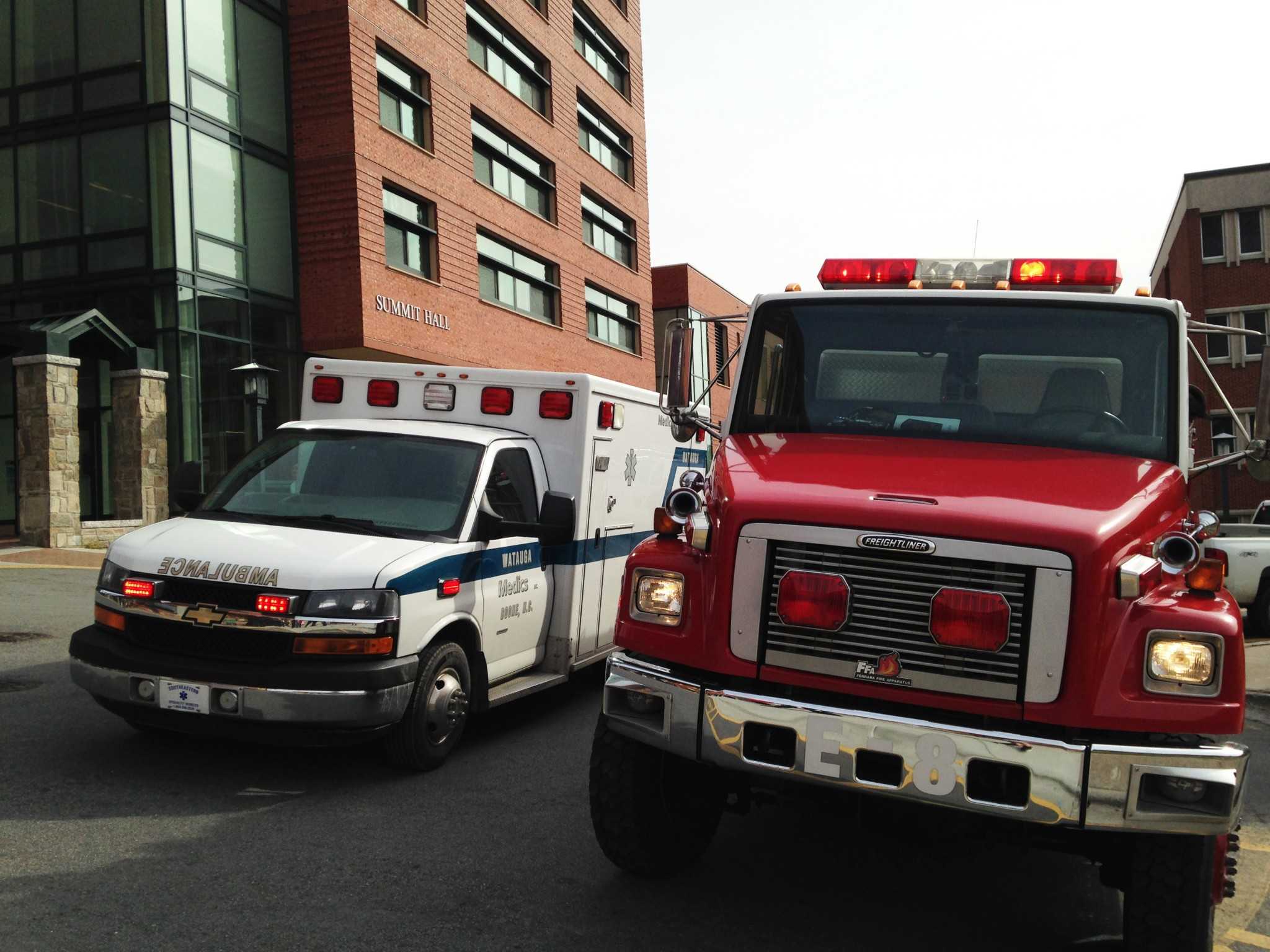 As government policies and stay-at-home orders are issued across the country, emergency service departments in Watauga County are making changes both in and out of their stations to keep up with COVID-19.

The Boone Fire Department and Watauga Medics both said they are prioritizing social distancing when possible and making adaptations in scheduling, department meetings and call response.

“We should still be responding to everything,” said Jacob Burleson, fire prevention captain of BFD.

However, Burleson said that certain calls are now handled differently to avoid unnecessary exposure and potential spread of possible illness.

Burleson said there may be non-emergent situations in which BFD is not the primary care provider, but instead responds to support medical personnel. In such cases, BFD will respond on scene but “let medics provide care and decide whether or not we need to further expose.”

In any emergent situations, BFD will respond as they normally would. During an emergency, it’s “absolute business as usual,” Burleson said.

Watauga Medics has adapted how it responds to calls as well, said Craig Sullivan, owner and director of Watauga Medics.

Medics have changed what kind of personal protective equipment they wear and carry into situations.

“Any type of respiratory call, we’re going to go in with full PPE on,” which includes equipment such as masks, gowns and gloves, Sullivan said.

Boone Fire is also making changes inside the station. One of the biggest changes is how scheduling and shift switches are being handled, Burleson said.

“When the replacement crew gets here, they wait for the off-going shift, the person they are replacing, to leave. Then they enter the station and immediately re-sanitize everything,” Burleson said.

Furthermore, BFD is limiting face-to-face interaction in the station as much as possible, Burleson said. Briefings and debriefings are “solely electronic now,” and certain roles such as fire prevention captain, fire marshall and chiefs and deputy chiefs are working in the administrative section of the building.

Dispatchers extended their pre-response questionnaire to ensure medics have proper knowledge of how to handle each situation, Sullivan said.

“We’re doing such things as every morning, all the crews have to come in for a temperature check to make sure none of us are sick or have any problems,”, Sullivan said.

With the adapted protocols workers at Watauga Medics are experiencing a shift in morale, Sullivan said.

“It’s hard on morale and it’s hard on staff. They all have families,” Sullivan said. “None of them want to catch anything and take it home to their families, but we’re all doing our job.”

While workers are more nervous, Sullivan is confident that Watauga Medics is well prepared to handle any situations that may be thrown at it.

“We’ve trained on infectious diseases for years,” Sullivan said. “So it’s nothing we’re not trained on, nothing we can’t handle. We’ll get through this just like anything else.”