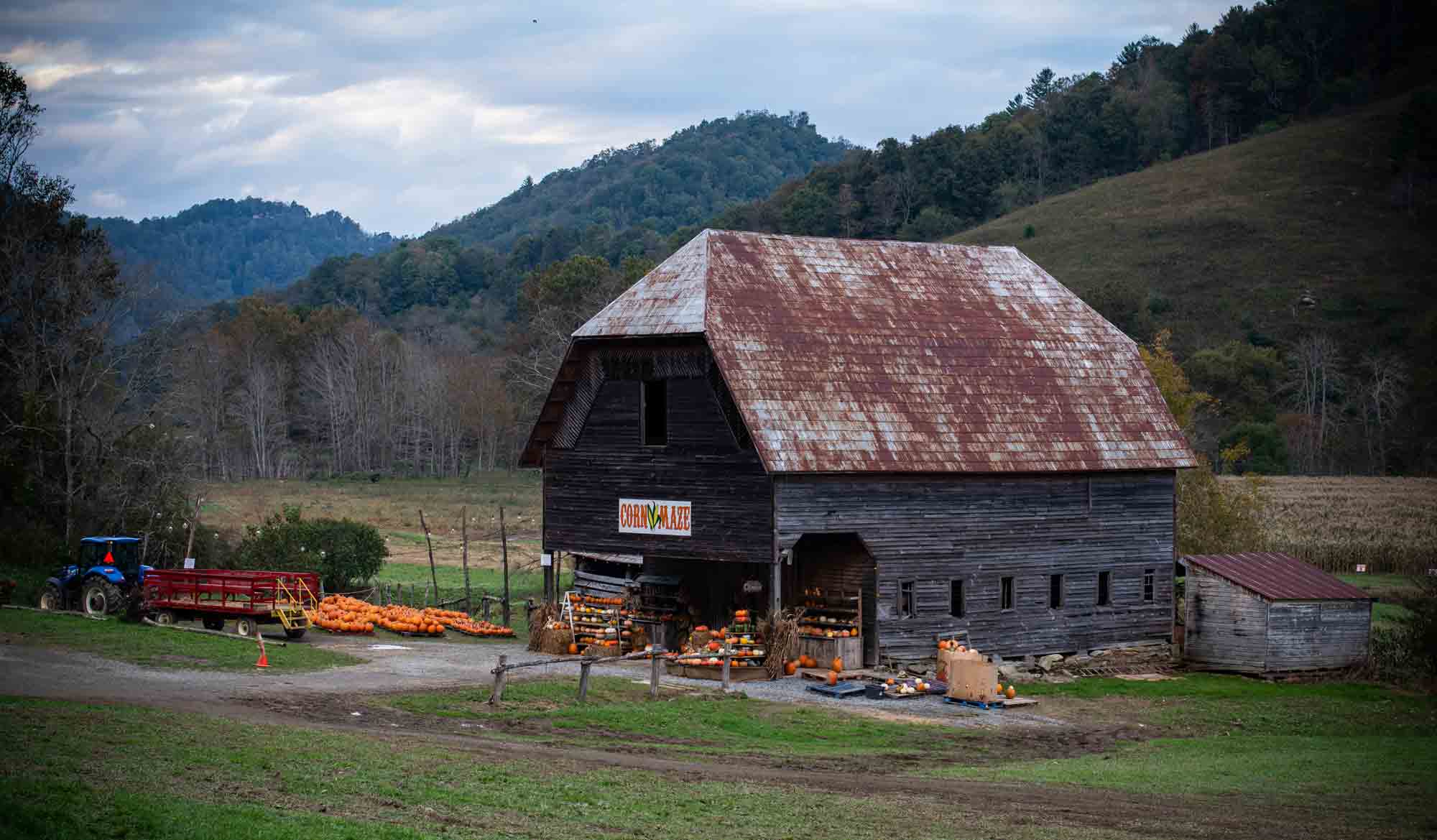 “Michael was the worst. It flooded our fields and floated some pumpkins away and blew down some corn,” David Tucker, New River Corn Maze and Pumpkin Patch, said.

At Harvest Farm, the lower field flooded and the corn maze had to be fixed. However, the farms worked quickly to fix the problems and will run for the rest of the season.

October is the busiest time of year for the pumpkin patches with Halloween at the end of the month. Last year, North Carolina harvested 3,400 acres of pumpkins valued at over $13 million, according to the U.S. Department of Agriculture.

The pumpkin patches draw visitors of all ages who come from Florida to Tennessee, according to Harvest Farm.

“Feels a bit more like fall out here than it does in the Triangle,” Andrew Cousins said when he visited Harvest Farm from Durham.

The pumpkins are not just for jack-o’-lanterns. Each farm offers different varieties of pumpkins. Goblins are pumpkins with warts, turbans look they are wearing a second pumpkin as a hat and polar bears are large and white. The Long Island cheese pumpkin is available and renowned for its use in baking pumpkin pies. The pumpkin patches also sell ornamental squashes, gourds and maize.