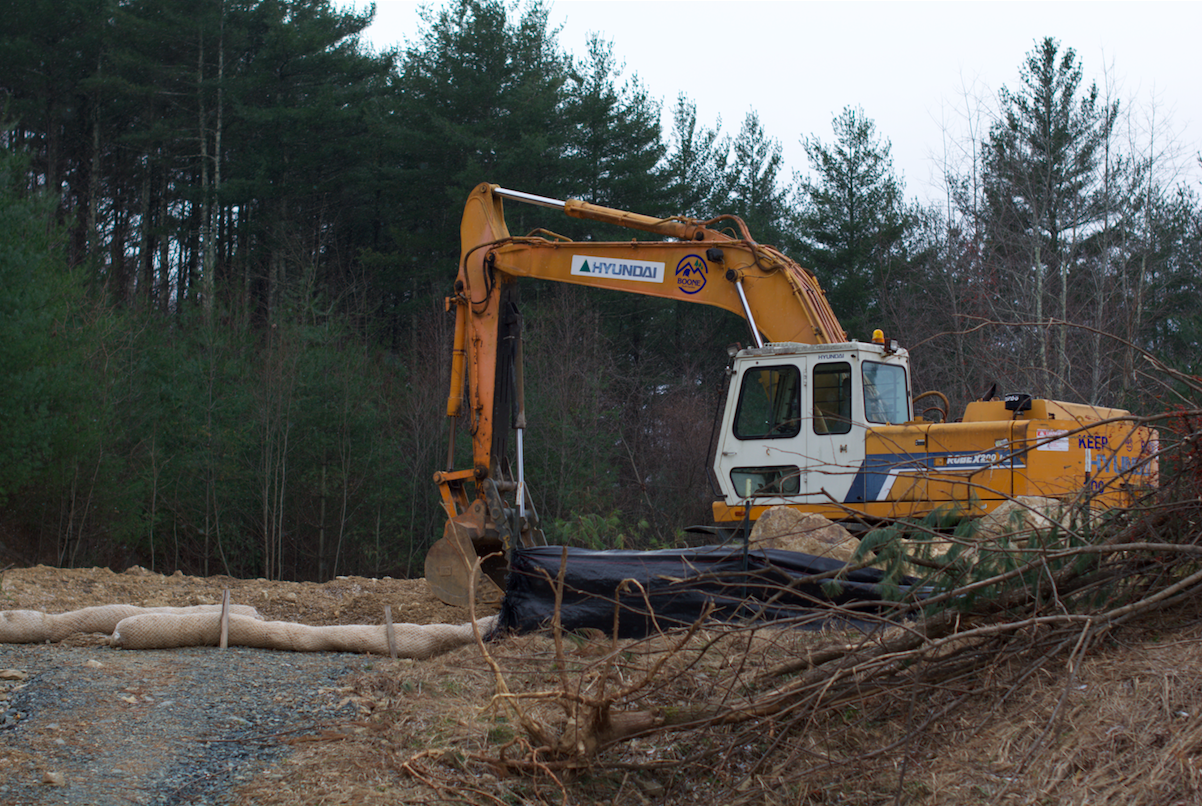 JP and Ashley Pardy, owners of Recess Skate & Snow, plan to build and open a new skate park in Boone by Summer 2019. Construction is currently underway, and the park will be located at the end of Casey Lane next to the Greenway Trail.

The construction grading process for the new Boone skate park, located off the Greenway near the Jimmy Smith Waste Water Treatment Plant, is officially underway and is expected to open in spring 2019.

The grading process began in mid-October and is expected to conclude before January.

Recess Skate and Snow owner John-Paul Pardy said the grading process consists of having the land graded, laying down gravel and letting the new gravel settle during winter.

The skate park proposal was first brought to the Boone Town Council in February by the Cruizin’ Committee, a group Pardy headed that consisted of advocates for the skate park.

Pardy presented the proposal at the Feb. 15 town council meeting and was awarded the $25,000 grant needed to cover the park’s construction.

To fund post-grading expenses such as park features, Pardy raised $17,000 during his Sept. 20 mini-golf fundraiser at Sunrise Grill and the Anthony Bourdain tribute dinner and auction at The Gamekeeper Restaurant on Sept. 24.

Though there are plans in motion for what the skate park will include, Pardy still has to wait for grading to finish in order to make concrete plans.

“As far as planning out what we’re trying to have, once we get the grading done, we can get a true idea of the space we’re going to have,” Pardy said. “It’s hard to really put it all together until we can get out there and see the actual space size we’re working with.”

“One thing we also were working on was to make sure that skateboarders had a place for recreation, so we could make skateboards a good, viable and human-powered transportation mode and provide people a good option of where they can do more recreational activities with skateboards,” Mason said.

Town council member Sam Furgiuele was apart of the unanimous vote in support of the park and thinks it can promote a sustainable travel alternative to cars.

“I supported it because I think we need to pay attention to activities that are available for young people in this community and more recreational opportunities that we can provide, especially with regard to something like this,” Furgiuele said. “I’m interested in anything we can do to reduce the need for cars and encourage people to walk, bike and skateboard to get around.”

Pardy said that despite skate parks rising in nationwide popularity and skateboarding being a popular activity in Boone, this will be Boone’s first official skate park.

Featured Photo Caption: JP and Ashley Pardy, owners of Recess Skate & Snow, plan to build and open a new skate park in Boone by Summer 2019. Construction is currently underway, and the park will be located at the end of Casey Lane next to the Greenway Trail.