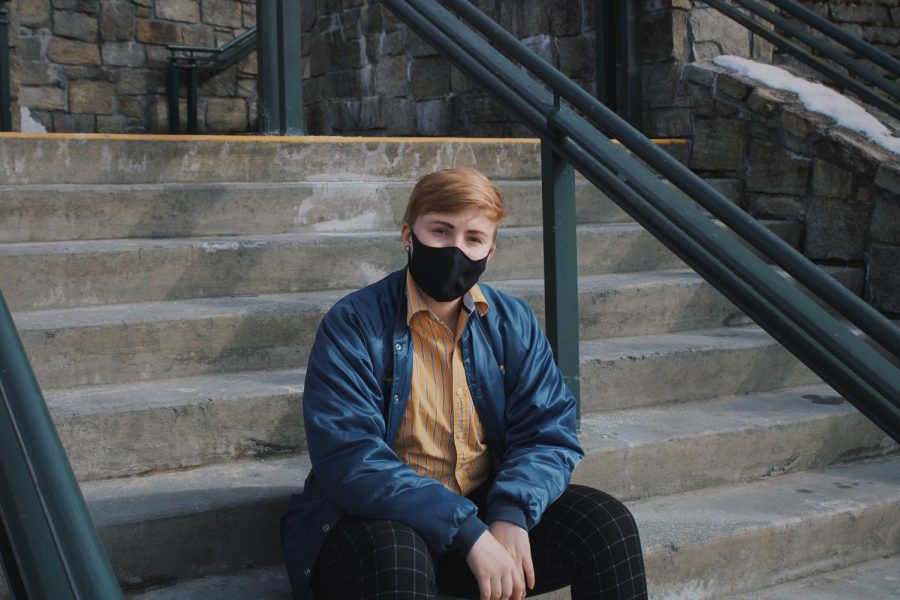 Junior Kaley Barnes is a member of the LGBT community and shows support for the ordinance. Barnes often has to remind their professors of their pronouns and changed name.

Kaley Barnes enjoys heading to the pool and working out with a nice swim; however, they say the locker rooms to get there aren’t designed for gym-goers outside the gender binary.

Barnes, who uses they and them pronouns, changes in the family locker room, but has to go through either the men or women’s rooms to get to the pool.

Hicks, who identifies as queer and non-binary and uses they and them pronouns, began serving on the council during their time as a student.

Nothing is currently in the ordinance. The council is working with the town’s attorney to independently research possible courses of action and identify potential legal hurdles, and will report back within this month or the next.

“Boone’s kind of been in its own place and doing its own thing for a while,” Hicks said. “I think a lot of older council members, … including the attorney, are hesitant to start with outside organizations doing the work to develop ordinances.”

Hicks said they would rather work with nonprofit agencies, like Equality NC and Out in the High Country, because they view the groups as experts on the issues.

After hearing from the attorney, the council will decide what options they want to go forward with. Hicks is looking to answer questions such as what protections are needed in Boone and what legal parameters exist for the town council.

The town council is looking to hear from community members their opinions on the ordinance and what they feel should be included. They will use this information to base what is included in the ordinance.

House Bill 2, a state-wide bill popularly known as the “bathroom bill,” expired in December. Under the controversial state statute, transgender people who have not taken medical or legal action to change the gender they were with assigned at birth didn’t have the right to use public restrooms that align with their gender.

Since then, towns across North Carolina have used local ordinances to ignite new policy against this kind of LGBTQ discrimination.

Barnes also has to constantly remind professors of their pronouns. They changed their name, thought not yet legally, and used AppalNet to notify the university of the change. Barnes said Boone is on the right track with the ordinance.

As for the consequences of breaking a town ordinance, Hicks said people or businesses could be issued fines and attend small civil court cases, but nothing is finalized.

Caleb Robleto, a man who is trans, has a partner who attends App State. He lives in Vilas and said he has been in the student union with his partner, and received weird looks when going to the bathroom.

“I don’t tell people I’m trans cause you gotta be careful. You can’t just throw it around,” Robleto said. “You can’t tell certain people.”

Hicks has seen support for the ordinance on social media, from their friends and from people they’ve spoken to as a council member.

“When you put forward laws that can protect people and change the way things are a bit, it can change the culture, too, to make it safer,” Hicks said.

Hicks encourages concerned community members to email the council with what they wish to see from the ordinance, and their experiences.