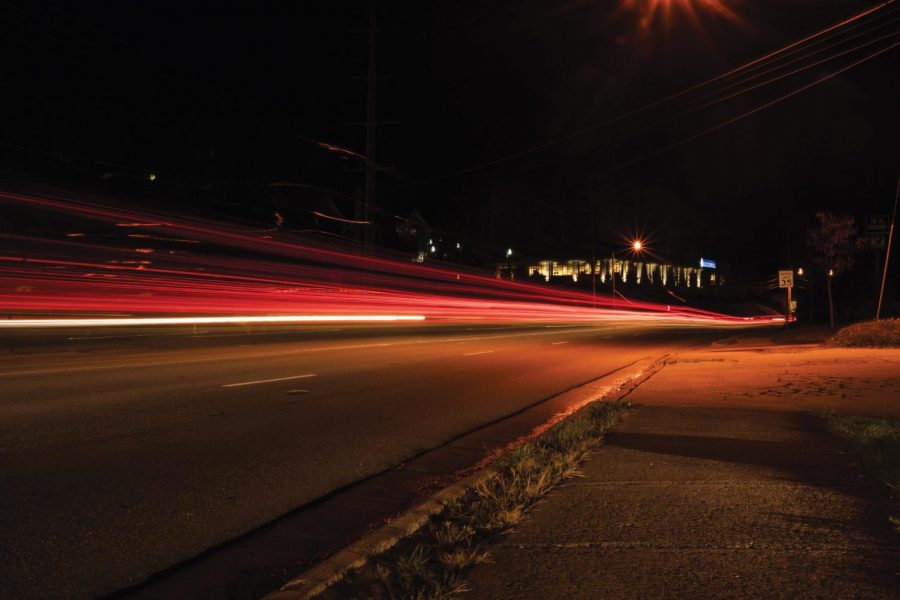 Cars zooming down Highway 105. The North Carolina Department of Transportation says that the "superstreet" plan is now in the hands of the town of Boone.

The meeting will include a review of maps of the N.C. Highway 105 project and 105 extension. The town council will also discuss potential bike lanes and sidewalks along the 105 corridor. The meeting will take place at 1500 Blowing Rock Road.

After the North Carolina Department of Transportation reviewed public responses to its N.C. Highway 105 plan, the department told Boone the project is now in the town’s hands regarding whether or not to remove the planned median.

The NCDOT sent a message to Boone officials, which was announced during a town officials meeting.

During the meeting, NCDOT District 11 engineers Ramie Shaw and Mike Pettyjohn went over the changes to the project.

The Boone Town Council asked NCDOT to reconsider the medians in the original plan, but Shaw and Pettyjohn stressed that if Boone officials choose to cut the medians out of the $10.52 million project, it will no longer be affiliated with NCDOT.

Town Manager John Ward met with Shaw and Pettyjohn on Feb. 19 in a closed-door meeting to discuss the project changes made after the October public comment period.

After the meeting, Ward said a lot of the changes were based on public comment.

The changes come after NCDOT released its “Superstreet” plan in September, meant to help slow traffic flow and decrease car accidents on the 5.5-mile section of N.C. Highway 105 between Clark’s Creek Road and N.C. 105 Bypass by limiting left turns on and off the highway.

NCDOT’s original plan turned the middle turn lane into a median and had drivers first turn right at a stoplight, then make a U-turn at one of the eight designated U-turn bulb-outs, or curb extensions.

The change worried several local businesses along Highway 105 and the local government because they feared it would limit traffic flow to businesses.

In an October meeting, Peabody’s Wine and Beer Merchants owner Jeff Collins presented a petition that denounced the project, signed by other local business owners.

On Oct. 18, Boone Town Council unanimously voted to approve a resolution draft that requested the NCDOT provide other design options besides the original superstreet plan.

Both the town council vote and petition were sent to NCDOT during the public comment period.

Thirty-eight comments were in opposition, nine were in favor and 47 requested an alternate solution.