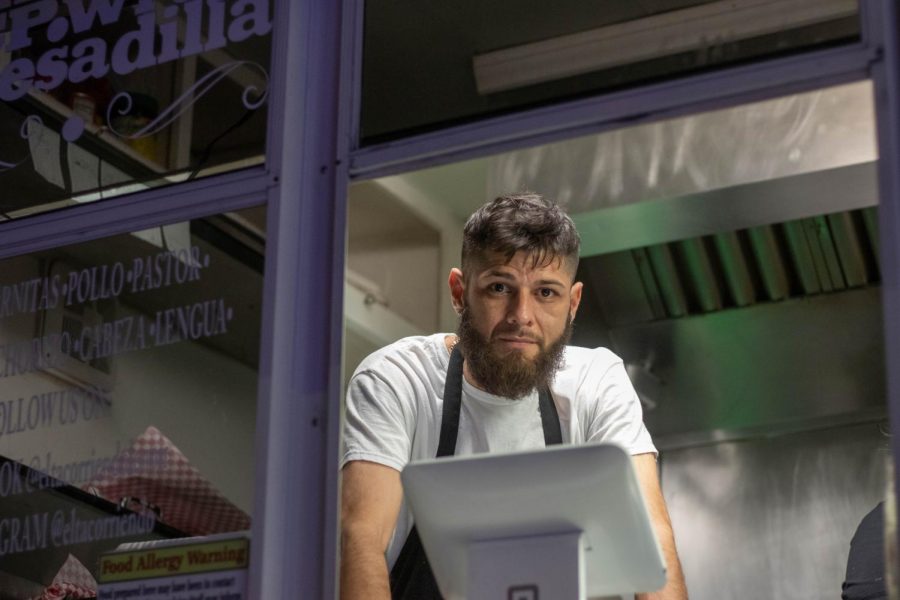 Instead of walking a few minutes down King Street, members of the Boone community may be forced to travel across town for their local-food fix as the Boone Town Council is considering a measure to ban food trucks from operating in the downtown area.

Chelsea Jackson, one of the owners of Howard Station, addressed the action in an Oct. 13. council meeting after it was put on hold in March due to COVID-19. Lane Moody of the Downtown Boone Development Association filed an action request for the Boone Town Council’s Oct. 15 meeting.

The DBDA argument stems from a survey put out to downtown business owners in February to gauge the opinions of food trucks. They received 68 responses, two of which were from food trucks.

Ashley Leon, who owns El Tacorriendo food truck with her husband, Alex, and Craig Jennings, co-owner of Smokin J’s food truck with his wife, Marlo, both said they were not invited to participate in the survey. Jennings communicates with other trucks often and said neither Loaded Biscuits, The Cardinal nor Betty’s Biscuits received an inquiry.

“This was not a fair survey. A survey should be of the public, the community, the businesses, students and ourselves,” Craig Jennings said.

In the survey, restaurants argued that food trucks take away their customers, do not have the same expenses they do and take up parking.

“We do not need this g*psy clutter in our town,” one respondent said.

Smokin J’s and El Tacorriendo pay rent at the physical buildings they park in front of and have private parking options, as is required by Town of Boone parking regulations.

Those in favor of food trucks on the survey said they provide a quick meal option and bring more visitors to the downtown area.

Since opening Smokin J’s, Craig Jennings has reported harmonious relationships with other businesses and the town council. He said that changed Oct. 13 when a customer called him saying Jackson, Howard Station co-owner, had “name dropped” his truck during the meeting.

“We feel like they’re taking the council and weaponizing them to get rid of us,” Craig Jennings said.

Devon DiStefano, a graduate student, said it is “idiotic” to ban food trucks and doesn’t belive they are taking business away from anyone else.

“I don’t see how a food truck that pays for its spot, that has all the necessary paperwork filed, harms the city in any way,” DiStefano said. “For a business like Howard Station to say that a food truck that isn’t even on King Street every day is stealing their business is pretty funny.”

Howard Station, which “name dropped” Smokin J’s, declined The Appalachian’s request for an interview, but provided a statement.

“We have no problem with Boone having food trucks, but the location is important to consider for many reasons in the direct downtown area,” said Jackson and Cody Estes, owners of Howard Station.

Estes and Jackson said their biggest concern is consistency within Town of Boone policies. They said they want people to realize the impact that food trucks have on brick-and-mortar establishments, including parking limitations and the difference in advertising capabilities.

Donna Nicastro has owned restaurant Boone Bagelry with her husband, Tony, since 1988. She said that food truck action is necessary because she believes it will help parking options, and says the ban is a “community-minded” opinion.

“I don’t want to be a jerk, because it’s not that I dislike the food truck industry. I just think they are more suited elsewhere,” Nicastro said.

Craig Jennings said he pays taxes and insurance just like other restaurants do and he shouldn’t be punished for having a different business model. Ashley Leon said it is understandable for brick-and-mortar restaurants to be frustrated if they have to pay additional fees.

“Tell us what we need to pay to make that right,” Ashley Leon said. “We’re not trying to come in and take anyone’s business away.”

Prior to the Oct. 15 meeting, Craig Jennings asked to table the measure to allow time for the public to comment and for a “better survey” to be administered to businesses. Craig Jennings said the town attorney agreed and wanted to evaluate the legality of the measure.

Ashley Leon, who has owned the taco truck in Boone for four years, said she has seen town attitudes toward food trucks change recently.

She said town representatives, fire marshals and police officers made many “uncomfortable” visits during their time parking on W. Howard Street to ensure their truck wasn’t impeding traffic or blocking the pedestrian lane.

Considering the matter was put on hold earlier this year, Craig Jennings is concerned by the timing of bringing it back up.

“Why would you want to target someone at this time?” he said. “Why now? Why all of the sudden now? What’s the rush?”

Craig Jennings said that most restaurants right now are trying to “stop the bleeding” that COVID-19 caused and it isn’t the time to push out already-impacted businesses. Ashley Leon said this is important when talking about small businesses.

“This feels like a slap in the face when we are all struggling to make it as small business owners,”Ashley Leon said.

Ashley Leon and Craig Jennings encouraged food-truck supporters to voice their opinion to the town council, attend future public hearings and sign the petition, which currently has over 2,800 signatures.

Craig Jennings does not support any sort of boycotting and doesn’t want to see any businesses in Boone get hurt. Both Craig Jennings and Ashley Leon acknowledged that owners’ and workers’ salaries are at stake.

The owner of Smokin J’s said he would do everything he could to prevent these changes from being implemented.

“We’re gonna fight it. They’re gonna have to tow my truck off this property,” Jennings said.