Booneshine Brewing Co. to give Boone a new taste 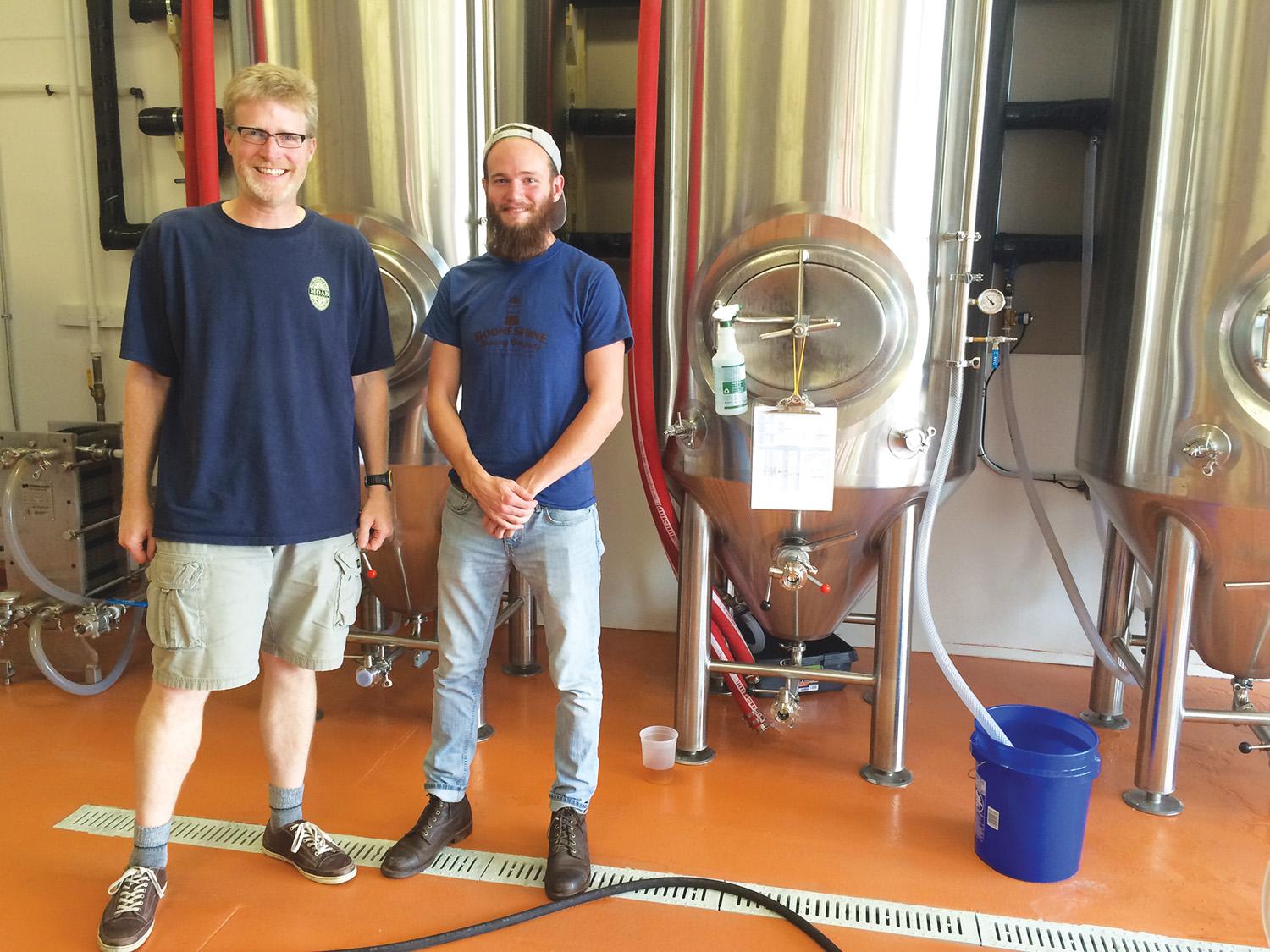 Herdklotz said that as his and Coatney’s long passion and three-year business idea of brewing beer came to fruition Booneshine Brewery was formed. They began brewing in mid-June 2015 and opened on July 1.

Herdklotz said Coatney and himself decided to open a brewery in Boone for the local businesses, the High Country in general, and Appalachian State University– especially the university’s fermentation sciences program.

“As a business we want to tap into and really create that feeling of the things that make Boone shine,” Herdklotz said. “We’re passionate about beer and high-quality beer.”

Herdklotz said  that Booneshine Brewery currently offers and distributes five different original beers, though they expect to have eight to twelve beers in the future.

“Making beer is a craft,” Garrett Williams, volunteer at Booneshine Brewing Co., said. “It has similar traditions to things like glass blowing, blacksmithing or wood-working. It’s got its own history, a very rich history.”