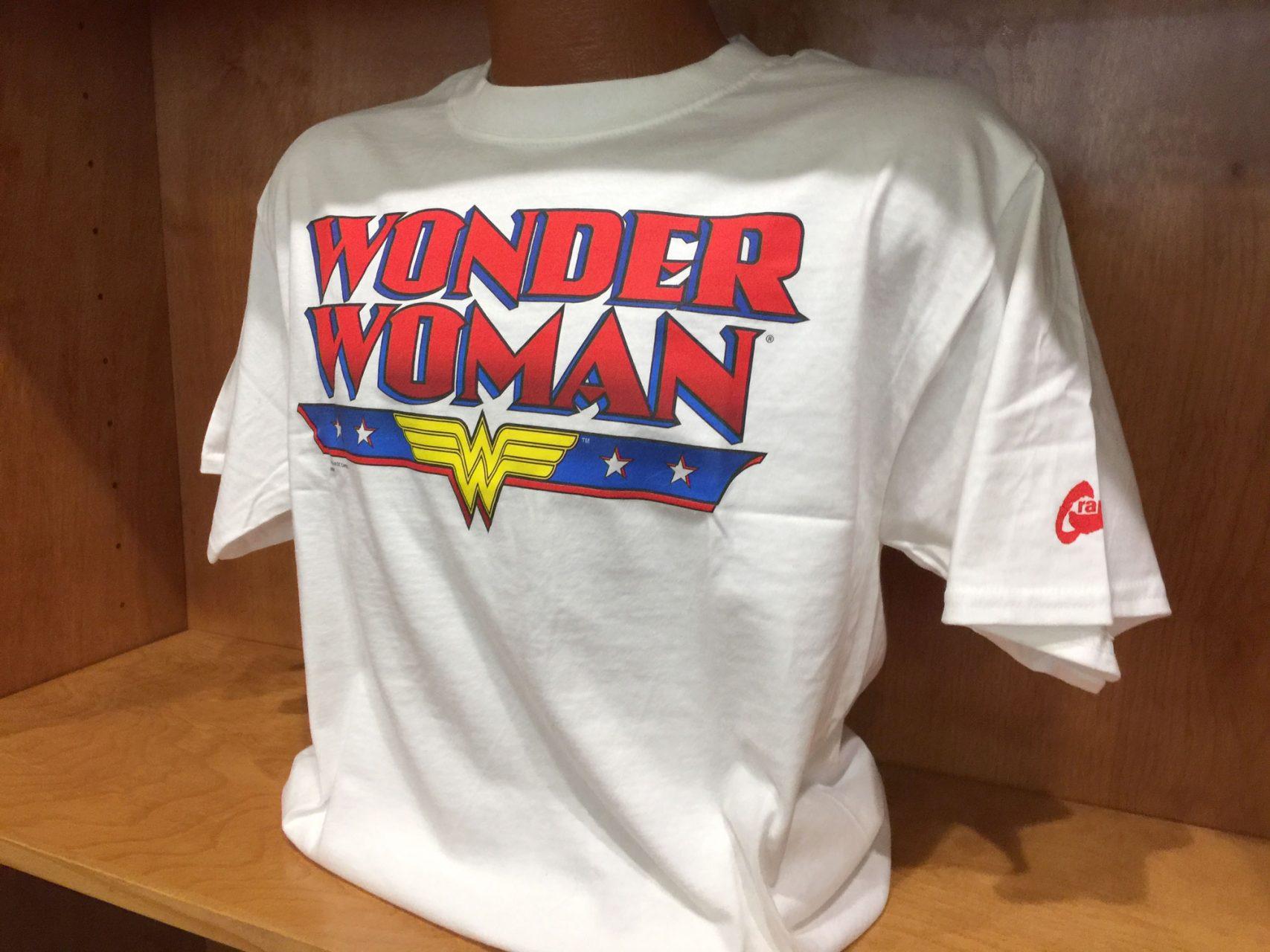 A Wonder Woman t-shirt on display in the book store. Appalachian State's bookstore has a collection of superhero items for sale.

With the end of summer on the horizon, much of the entertainment media’s focus has been on the disappointing summer box office results.

According to Trey Williams of MarketWatch, this summer is the worst-performing one in over a decade and a substantial step back from performance in the past two years.

Much of this can be blamed on the lack of original content, with the only original films in the top-10 domestic box office this year being the horror film “Get Out” (10th place, $175 million) and Christopher Nolan’s World War II epic “Dunkirk” (8th place, with $178 million and counting). But for fans of superhero movies, this summer has not been a huge failure. If anything, it has been one of the best summers in years.

While not technically a summer film, an honorable mention does go to “Logan.”

While the gritty, R-rated superhero western didn’t open in summer, it stayed in theaters until July and earned an impressive $226 million domestic, according to Box Office Mojo.

It absolutely deserved it, too, being the latest in a pretty impressive string of X-Men films going back to 2011’s “X-Men: First Class.”

While it is not an original project, it is a groundbreaking one,perhaps the first mass-market, R-rated, serious superhero film, and 20th Century Fox should be commended for trying something new.

Probably the most surprising film of the summer was “Wonder Woman,” the fourth film in DC Entertainment’s effort to establish a cinematic universe to compete with Marvel.

“Wonder Woman” has been by the far the most well-received critically, and since opening in theatres in June, it has grossed $408 million domestic, making it the highest-grossing superhero origin story ever,surpassing Sam Raimi’s original “Spider-Man” from 2002, as well as the second-highest grossing film of the year domestically.

There is a reason it has done so well commercially, it is one of the best superhero films in recent memory, with a positive message and impressive action.

Director Patty Jenkins deserves a ton of credit, as does Gal Gadot, and it is great news that they have signed on for a sequel film.

The first major summer release, “Guardians of the Galaxy, Vol. 2,” blasted its way to third place with an impressive $389 million in domestic gross since its release in May, even more than the first one made back in 2014.

The irreverent space opera absolutely deserved it, with it, in my personal opinion, surpassing the original in a number of areas, not the least of which was the film’s villain.

“Spider-Man: Homecoming” ranks at fourth place with $324 million since its July release.

While not as successful as some people predicted, it still easily outgrossed both of the “Amazing Spider-Man” films, while landing behind each film in Raimi’s Spider-Man Trilogy.

As a big fan of the Raimi films, especially the first two, “Homecoming” is a great addition to the MCU and ranks favorably compared to those films, with Tom Holland and Michael Keaton both turning in impressive performances

Last but not least, the animated superhero comedy “The Lego Batman Movie” ranks ninth this year with a solid $175 million since its February release, a respectable total for a medium-budget animated film aimed at kids.

Of course, superhero films are not the only ones to have done well so far this year; Disney’s live-action “Beauty and the Beast” remake has dominated with a staggering $504 million, “Despicable Me 3” finished fifth with a solid $257 million and “The Fate of the Furious” ranked seventh with $225 million.

All three of these succeeded despite fairly lukewarm critical reception, meaning perhaps the frequent complaints that Rotten Tomatoes is killing the film industry are overblown.
Of course, what’s to come later this year?

Next week’s launch of the Stephen King adaptation “It” seems poised for success.

Denis Villeneuve’s $200 million sci-fi sequel “Blade Runner 2049” seems poised for a strong release in October, while November will see the release of both “Thor: Ragnarok” and “Justice League,” which will come of the heels of successful years from both Marvel and DC Entertainment.

It should come to no surprise to anyone that “Star Wars: The Last Jedi” is the most anticipated film of the year, with a release set for Dec. 15, although much of its box office revenue will likely come in 2018.

While the box office might be waiting for some of these likely hits later this year, it’s not quite a wasted summer – some quality hits came out, and fans of superhero films can look forward to “Justice League” and “Thor: Ragnarok” as well as the quality films that came out earlier in the year.

Eric Cunningham is a senior journalism major, from Hickory, North Carolina. You can follow him on Twitter at @DEricCunningham.