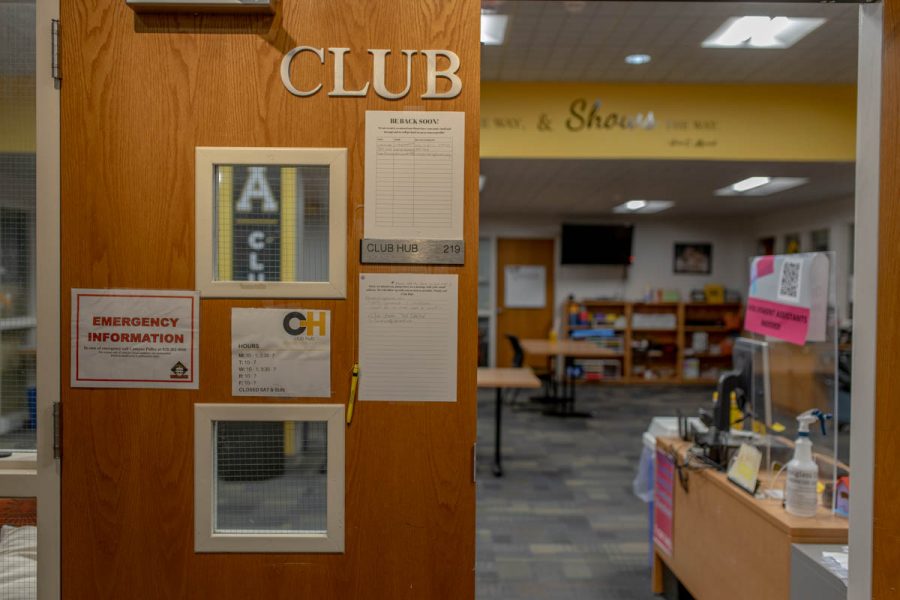 Club Hub on the second floor of the Plemmons Student Union oversees rooms for several organizations at App State such as the Black Student Association and Latin-Hispanic Alliance, however Asian Student Association has not been able to commandeer a space.

Students involved in the App State Asian Student Association shared a statement to their Instagram with condolences for the Atlanta Spa attacks and plans to meet with Willie Fleming, the university’s chief diversity officer, to address concerns.

On March 16, a white gunman opened fire at three massage parlors in the Atlanta area. Eight people died, including six people from the Asian American community.

This shooting belongs to a string of crimes against people of Asian descent, which have increased since the start of the COVID-19 pandemic. Stop AAPI Hate recently reported 3,795 incidents from March 19 last year to February 28 of this year. Anti-Asian racism during COVID-19 has spiked due to the virus originating from Wuhan, China.

Ruby George, president of ASA, said the group wrote the statement to make the Boone community aware that they exist in a predominantly white town.

“ASA is here as a resource, a safe space for other Asian students on campus,” George said. “It’s hard to find a community here.”

According to 2019 data by the United States Census, the racial makeup of Boone is 93.4% white. Asian people make up 1.3% of the population and none are Native Hawaiian or Pacific Islander.

For George, it was important to not stay silent and complicit.

She said she has never necessarily felt “unsupported” on campus, but the university has never taken much interest in the Asian Student Association.

George recalled an instance where university administration told her because students of Asian descent have higher retention rates, they are not a priority for resources and attention.

Last academic year, George approached administration asking for a space in the Plemmons Student Union. Other cultural organizations like Black Student Association and the Latin-Hispanic Alliance have their own spots designated in Club Hub on the second floor.

“(Administration) was like ‘We aren’t gonna prioritize a space because we are limited in space and Asian Americans aren’t our concern on campus’ pretty much,” George said.

The Appalachian reached out to University Communications director Megan Hayes; however, she did not know about the incident. She told The Appalachian, “No one I’ve talked to has any information about this. If anyone wants to share some additional information about who may have said this or when, I’ll see if I can find out anything further.”

Intercultural Student Affairs, Fleming and other campus organizations have reached out to ASA to offer support, but George says she doesn’t know what the group needs.

“A lot of people keep reaching out and ask ‘How can we support you?’ I feel like it’s a very loaded question — honestly, I don’t really know how to answer that in so many words,” George said. “When you haven’t had ‘support’ for God knows how many years and now suddenly everyone wants to give you support, what do you ask for?”

The group has never had a working relationship with Fleming, but George said she would address the alleged comments from administration to him.

On March 18, Fleming sent a statement to students in support of Asian Americans.

ASA met with Fleming on March 25. A statement was posted to their Instagram following the meeting.

The organization asked for a town hall meeting where the community can air out grievances and discuss the Atlanta attacks. George said she hopes members of the Asian American community show out and take up space in the public forum.

“At the end of the day, yes, I am Asian American and I’m a part of the Asian community, but I am not the Asian targeted by COVID-19 racism. I’m not East Asian,” George said.

ASA requested that Chancellor Sheri Everts be in attendance.

Everts addressed Fleming’’s message on a March 26 Board of Trustees meeting.

“His words were especially meaningful, as he called upon the entire App State Community to stand together in solidarity to help bear the burden so many Asian Americans have borne unsupported,” Everts said.

Both the Student Government Association and the Black at App State Collective have released statements standing in solidarity with the Asian American community.

Korbin Cummings, director of diversity and inclusion for SGA penned the support statement in a post on Instagram. The Davis-Hunter administration denounced the racist and xenophobic actions of the Atlanta attacks.

Cummings is also a member of the Black at App State Collective. The group’s statement read that “We must not allow prejudicial rhetoric to divide communities of color in the fight to end white supremacy and racism.”

Both organizations say they have reached out to ASA to offer support.

George also alleges that a member of ASA was harassed in the Walmart of Boone. Allegedly, someone spewed racist remarks at the student regarding the COVID-19 pandemic. The organization member felt uncomfortable and left the store.

Like George, Pathirathna also said she doesn’t feel supported by the university.

“In my personal experience, what I’ve seen is that the university knows that we’re there, thinks that we’re small and that we’re self-sufficient,” Pathirathna said. “And that we kind of work under this model minority myth that we’ll come to this university, take classes, get our degree and then leave.”

In sociology, the model minority myth describes the phenomenon of Asian Americans as a minority group being perceived as more successful than other minorities. This shows up in media and culture with stereotypes of Asian Americans performing higher academically.

In their recent statement, the model minority myth was addressed. ASA requested that administrators address their bias towards Asian American and Pacific Islander students and the harmful stereotype.

Personally, Pathirathna’s experiences involve microaggressions. Microaggressions are comments and behaviors toward minorities with subtle discrminition. She commonly gets told her name “sounds exotic,” is asked to explain her origin and her name is frequently mispronounced and misspelled.

Chau Nguyen, external chair of ASA, also recalls microaggressions, including people assuming she is of Chinese ethnicity and professors pronouncing her name wrong.

She doesn’t see support from the university toward ASA or any working relationship.

Nguyen said she has been trying to establish the first Asian sorority on campus since last year, but saw little support from App State.

“I feel like our community is not being treated equally compared with other multicultural organizations,” Nguyen said. “I personally feel that we’re invisible.”

Delta Phi Lambda, a historically Asian sorority, is hosting a virtual informational event for prospective members on April 13. If established, it would be the first ever Asian-interest sorority at App State.

ASA acts as a social community for students of Asian descent and anyone interested in Asian culture. George said the organization is a resource for students in need during this time of grieving.

“I hope that Asian Americans that are being affected reach out and get any help that they need. It has been a very emotional, overwhelming, exhausting few weeks,” George said. “So just making sure the resources are well known and people have a way to get help.”