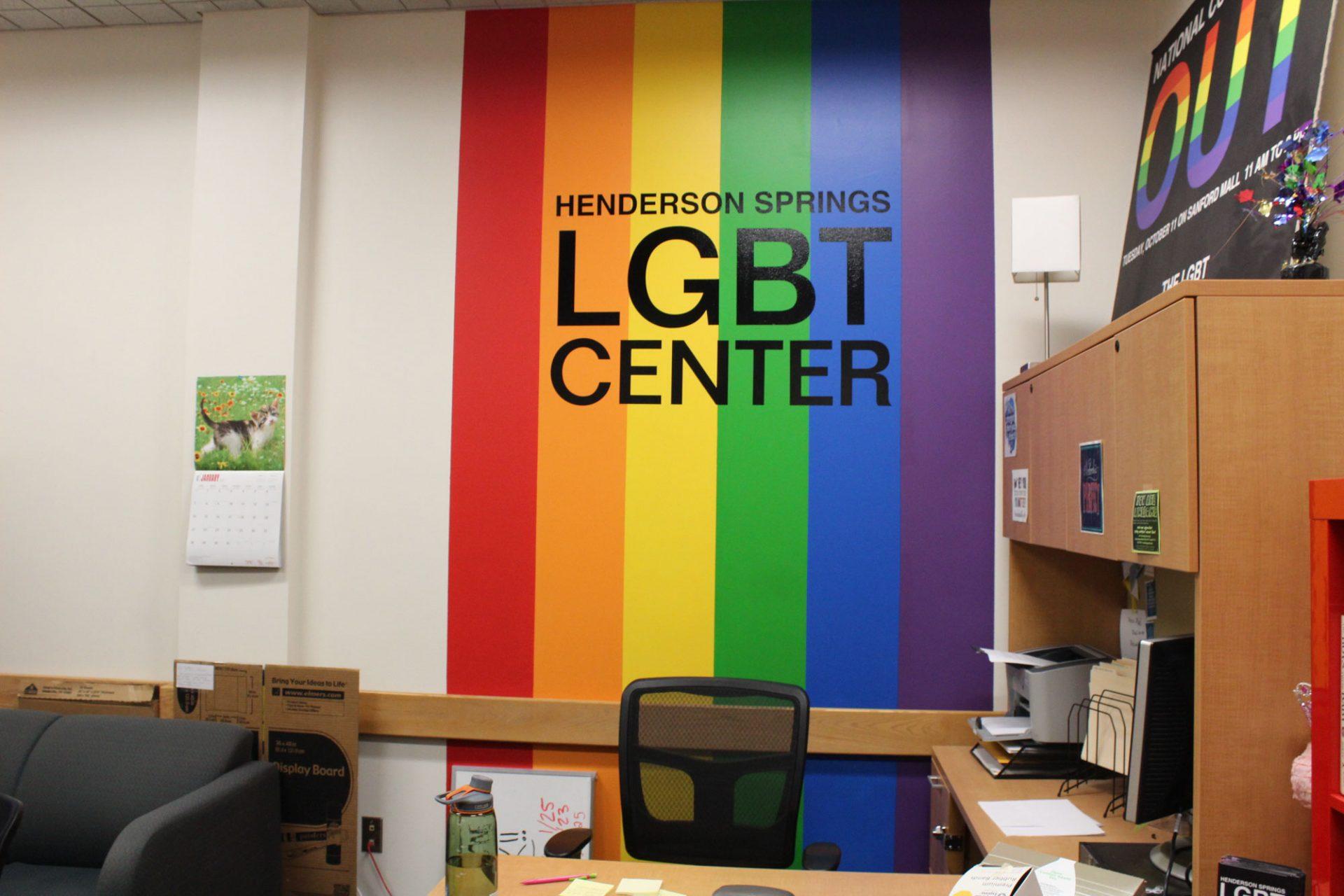 The Henderson Springs LGBT Center is located on the first floor, room 206 of the Plemmons Student Union.

According to the LGBT Mental Health Syllabus, a website created by the LGBT Issues Committee of the Group for the Advancement of Psychiatry, or GAP, “LGBT individuals who are black, Latino, Asian, Pacific Islander or Native American are members of a double minority.”

According to the committee, said double minorities are found to sometimes experience interpersonal or familial issues that affect personal development of self-esteem and identity.

The committee also pointed out that those who identify as double minorities sometimes endure negation of one’s racial or ethnic identity. Some are alienated from their community of origin or may be forced to pick one identity over the other.

In return, those who identify as double minorities can also experience racism or lack of support within the LGBT+ community.

A 2012 Gallup poll found that 4.6 percent of African-Americans had responded via survey that they identify as a member of the LGBT+ community, higher than any other community of origin surveyed, thus supporting the fact that such negative occurrences are not a rarity to experience.

At Appalachian State, the Henderson Springs LGBT Center offers educational resources and support, ranging from a list of terms and identities pertaining to the LGBT community to parental resources.

Stemming from the LGBT Center is three main student clubs, each pertaining to the alliance of various identities within the community.

The Sexuality and Gender Alliance Club, or SAGA, according to their Facebook page, works towards creating an all-inclusive and accepting community on campus for all gender, sexual and romantic minorities.

The TransAction Club, according to their AppSync page, is constructed of a community of people who are dedicated to the safety and rights of those who identify as transgender and non-binary.

According to their AppSync page, the A-SPEC Club, formerly known as Appstate Aces, is a safe space for those who identify as asexual, aromantic or are questioning their sexual identity. The club comes together to address and discuss issues in which the community faces and to advocate for their representation on Appalachian State’s campus.

According to the AppSync page originally created by William Post, another club set to be formulated on campus is known as the Queer People of Color Club or QPOC, which will focus more on the representation and inclusion of people of color who identify as members of the LGBT+ community.

Jonathan Spencer, a senior computational and applied engineering physics major, is a volunteer at the LGBT Center on campus and president of QPOC.

Regarding specific LGBT inclusion of the African-American community on campus, Spencer said he feels that the creation of QPOC will be able to focus more on the matter.

“I feel that there were a few (outreach) attempts in the past, but recently with the development of the QPOC group that I am starting, it will hopefully allow for more inclusivity and intersectionality,” Spencer said.

Within the descriptions of the LGBT+ clubs on both AppSync and Facebook, safety is prioritized for its members and allies.

“The main concern is safety amongst the group. With the amount of racism that still exists in the world, combined with the homophobia/transphobia, it makes it especially difficult to live in the world without some type of criticism/retaliation,” Spencer said.

Spencer also sees the vitality behind double minority representation and safety on campus, thus the importance of QPOC’s existence.

“I feel that it is important for groups such as QPOC to exist as it provides a community for students of color who also identify as queer to have a safe place to meet and talk,” Spencer said. “We want every student to feel welcome on campus, especially those with multiple minority identities.”

In 2014, according to the Appalachian State University website, a hashtag was created called #otherappstate.

The hashtag was formulated into an Instagram account, consisting of pictures of students posing with a poster board that either stated how they have been racially discriminated against on campus or facts about the Appalachian State’s inclusion of minority groups.

Another poster, held by another female African-American student, said, “There’s a price to pay for all this melanin. #OtherAppState”

As a new semester begins and Black History Month nears, QPOC and fellow LGBT-oriented clubs, as reported by their respective AppSync pages, are collectively fighting to make sure that the inclusivity, representation and safety of double minority students is prioritized at App State.