Capturing the essence of the High Country 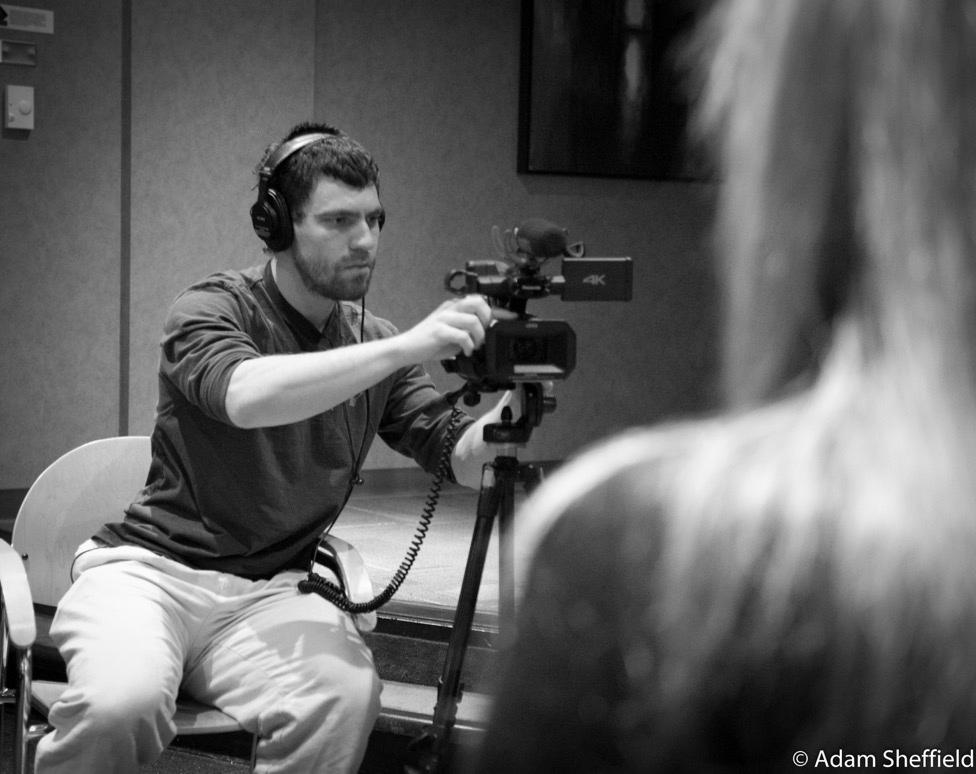 Humans of New York is a portrait project by photographer Brandon Stanton. Stanton has taken nearly 5,000 portraits of strangers on the streets of the city and has written 50 stories about the subjects, according to the HONY website.

With inspiration from Stanton’s project, Beth Davison, director of the sociology department at Appalachian State, came up with a project similar to HONY that launched on Facebook on March 29.

The U.S. Census Bureau estimates that in July 2015, the sum of the seven counties’ population was 209,787. Davison’s project aims to capture the lives of as many of the 209,787 humans in the North Carolina High Country.

She called this project Humans of the North Carolina High Country and said that it is a “community endeavor, but more specifically a community webpage.”

Davison said that HONCHC is somewhat unique from HONY; instead of capturing others through photography like Stanton, she hopes to capture a better sense of others through video portraits.

“Most ‘humans of’ pages are photo portraits and we are offering a different spin by using video portraits,” Davison said. “I feel by using moving images of our subjects, as well as their own voices, we can provide a more visceral depth of people’s essence.”

Davison said that the HONCHC video portraits are required to be three to five minutes long with a strong storyline that focuses on an interesting aspect of a subject’s life in the North Carolina High Country. Assisting Davison in this endeavor are Appalachian studies graduate student Adam Sheffield and senior English major and president of the Appalachian Film Club Alan Dickens.

Sheffield has reached out to film students at East Tennessee State University in Johnson City, Tennessee and said that they are interested in collaborating on this project.

HONCHC is ongoing with open submissions to the public, Davison said, and the submissions must be about residents by residents. Davison emphasized that she would like to see more student involvement in this project because students live in the High Country too.

“We are looking for community members, and that includes students, to submit a three to five minute video portraits,” Davison said. “Students are residents in Watauga County more than they are back home. If this becomes popular and grows, I would love to have students’ portraits be their own category.”

Davison also said that it would be beneficial for students to produce videos because it allows them to get out in the community and have conversations with people they normally would not talk to.

To submit a video portrait one must adhere to the set of guidelines located on the Facebook page and detail how submissions are curated. The guidelines includes the video being at least three to five minutes with no technical glitches, adequate audio and the video must be free of copyright infringements.

Sheffield said that there are three videos already up on the Facebook page. The first posted video portrait was about Joan and Dick Hearn, a married couple who Davison describes as “well known local characters.” The Hearns always participate in polar plunges around town and dress up in costumes for the occasion.

They are also active hikers and runners that go long distances and avid volunteers for United Way and other nonprofits. Sheffield said that this project was a co-effort between himself, Davison and Ann Matthews.

Sheffield said that he was not present for any of the filming and that he had the task of editing the video.

“When you get into just video editing it is really difficult to not know the mood, the setting and what was actually going on outside of the files that I got to watch,” Sheffield said. “It is also challenging to find the story from what I had to look at. I had to watch everything through and piece it together and produce a five-minute story.”

The second video portrait that was posted on the Facebook page was solely produced and edited by Sheffield.

“I actually filmed that stuff three years ago when I was in Dr. Davison’s class,” Sheffield said. “It was my first documentary ever and I kind of just revisited it and cut out his section and made it just about him. It has actually been quite successful on the Facebook page with 2,500 views.”

Sheffield said that considering that the HONCHC Facebook page has 217 likes, it was amazing to him that his video was viewed that many times. That is the wonderful thing about social media, he said.

Sheffield’s video was about John Peterson, a local banjo builder and an ASU alumnus from the ‘90s. Peterson specifically builds fretless banjos, and prefers this to banjos with frets because of the sound.

The third video portrait is about an 87-year-old woman named Reather Ervin, who turned to painting when her child passed away. Her favorite type of painting is what she calls stack painting, which are 3D paintings made with sawdust, glue and water.

Dickens is working on the fourth video portrait featuring Rayanna Christian, a freshman interdisciplinary studies major. Christian is a dancer and instructor at Studio K, located near the New Market Shopping Center and Watauga High School.

Dickens said that his angle for Christian’s piece is what dance does for Christian and what she plans on doing with dance in the future. The certain aspect that he is focusing on with Christian is how she helps coach young ballet dancers at Studio K and watches them compete at various competitions.

“One of the cool things about HONCHC is that you can find out how people do typical things in not typical ways,” Dickens said. “Like with Rayanna, she mainly dances outside of school. You would think she was a dance major, but she just does her own thing with dance.”

As a Boone local and a student, Christian said that she thinks that it is important for students to not feel so separate from the place they live.

“We get so lost in the campus community and creating an App State family that we forget that there is already a community out there for us to be a part of,” Christian said.

Christian believes that HONCHC is important to show that there are people in the community there to connect with.

Dickens and Sheffield said that they both have hands in the curation process and that they hope that people in the community, especially students, will submit their own work.

“Theoretically, you can do one with your cellphone and then upload it,” Sheffield said. “We are not looking for the next Ken Burns production, we just want video profiles of humans of the High Country.”

The Belk Library tech desk allows students to check out professional grade equipment and the staff is very knowledgeable and helpful, Sheffield said, and most students are familiar with iMovie, which is one way to put a video portrait together.

Dickens said that thoroughly planning is key in this project.

“Before you even start on anything, you have to have a person and clear vision for the end,” Dickens said.

Both Sheffield and Dickens believe that the discipline one gets out of making a video is applicable in any settings. Sheffield said that since everything now is digital and interactive, employers look for future employees to have photography, video editing skills and interviewing skills.