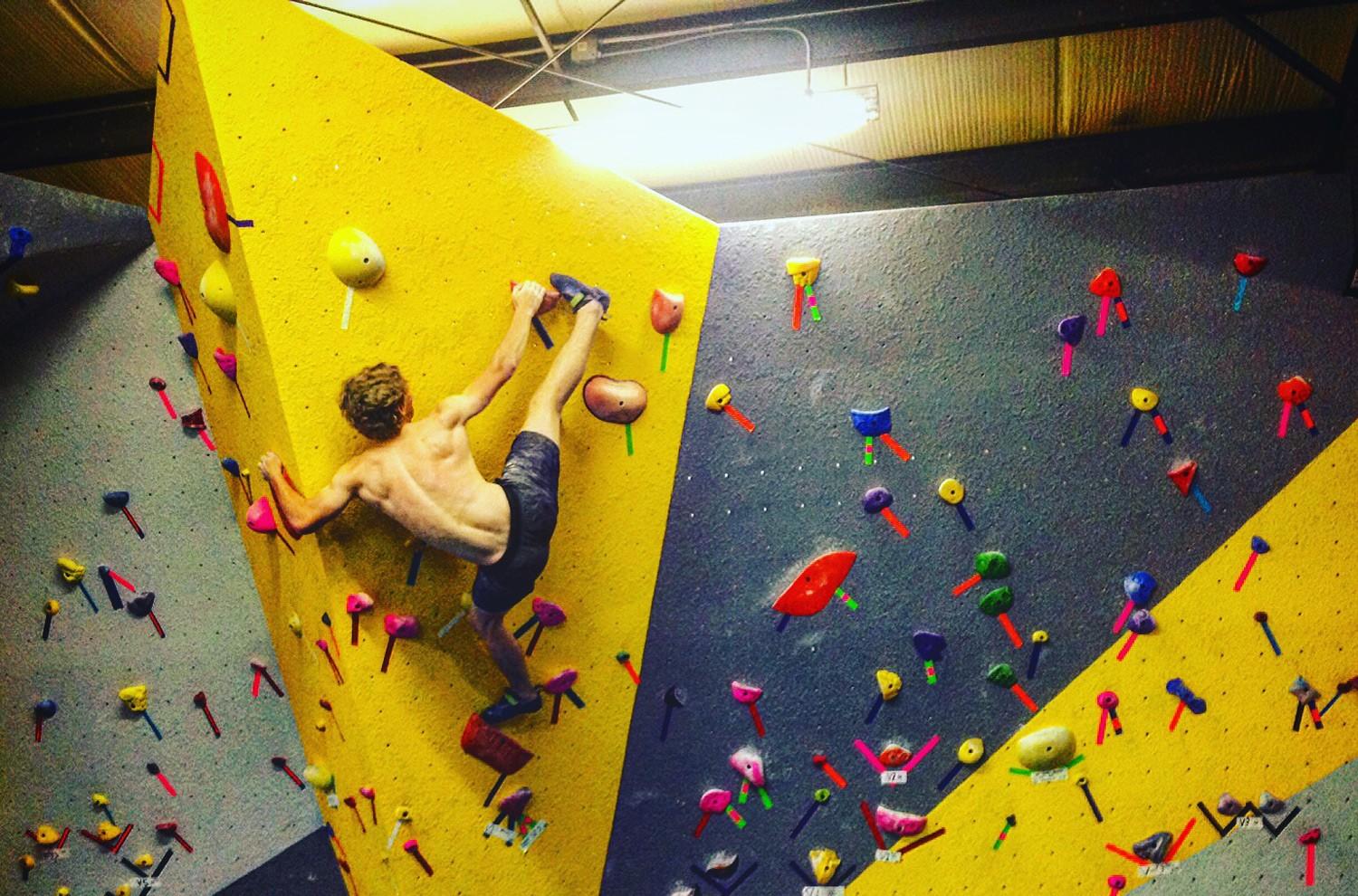 Carter Smith, a 21-year-old Watauga County native, is addicted to climbing. He doesn’t like to climb, he has to climb.

“It’s a lack of self control honestly,” Smith said.

If Smith doesn’t climb for a day, he said he is grouchy and not psyched for anything. It also effects his ability to complete his school work, a detriment that an honors college student double majoring in Spanish and recreation management can’t afford.

It’s not uncommon, however, for athletes to become defined by their sport; to begin to plan their lives around their next fix. Smith believes that the length of time a climber will push their bodies is a defining characteristic in determining the fanatics from the addicts, from those who love the sport to those who need it.

While climbing a spot called Lost Cove in Banner Elk, North Carolina, Smith says he split open five of his fingertips climbing and was bleeding through a quarter inch of tape on one finger. He called it a heinous sight and said it forced him to take a couple weeks off from climbing. However, his hiatus only came after he super-glued the cut back together so he could continue climbing that day.

Smith’s dedication to climbing hasn’t come out of left field. He said it is tricky to define a time when he started climbing because he has always climbed. When he was 14, he began to train and take his climbing seriously, and during high school he became heavily involved in competitive bouldering because of Watauga County’s abundant outdoor resources.

For laymen, bouldering is climbing faces of cliffs of 20 feet high or less. These ascents are made without the use of ropes and harnesses. Climbing shoes, chalk and a protective mat to soften the fall are the only equipment needed.

During bouldering competitions, Smith said the climbers are judged on difficulty of climb rather than time.

“Basically, there’s a time limit and you try and get to the top of as many hard things as you can in three hours,” Smith said. “The people who create the climbs on the wall will assign it a point value, and the harder it is the more points it gets.”

There are many people throughout the county who compete in climbing competitions, but what makes Smith different is that he is a professional climber.

Smith downplays the prestigious ring in his title by saying the status of being a professional climber is not obtained through skill. Although a strong climber, Smith admits there are better ones at Appalachian State and in the county. His sponsorships, however, are what set him apart from the average climber.

“There’s a really strong climbing community in Boone,” Smith said. “But I’m one of the only climbers with sponsors and I think that’s just because I sought it out.”

“They give me discounts or they give me free things,” Smith said. “I don’t buy shoes from other companies. They treat me well enough that I want to treat them well in return.”

Apart from his sponsorships, Smith also works as a guide for Rock Dimensions Climbing Guides, which is owned by former Appalachian State student Ryan Beasley.

“When your climbing outside you do have to rely on your fitness, but you’re not just jumping around using it as monkey bars,” Smith said. “You’re actually trying to figure out the best way to get to the top of a cliff.”

While Smith has certainly used his resources indoors and outdoors in Watauga County, climber’s legacies are made after going big.

Smith hopes to achieve his goals of ascending climbs in Yosemite National Park and the mountain ranges of Patagonia.