Catching Them All: Pokemon Go Review 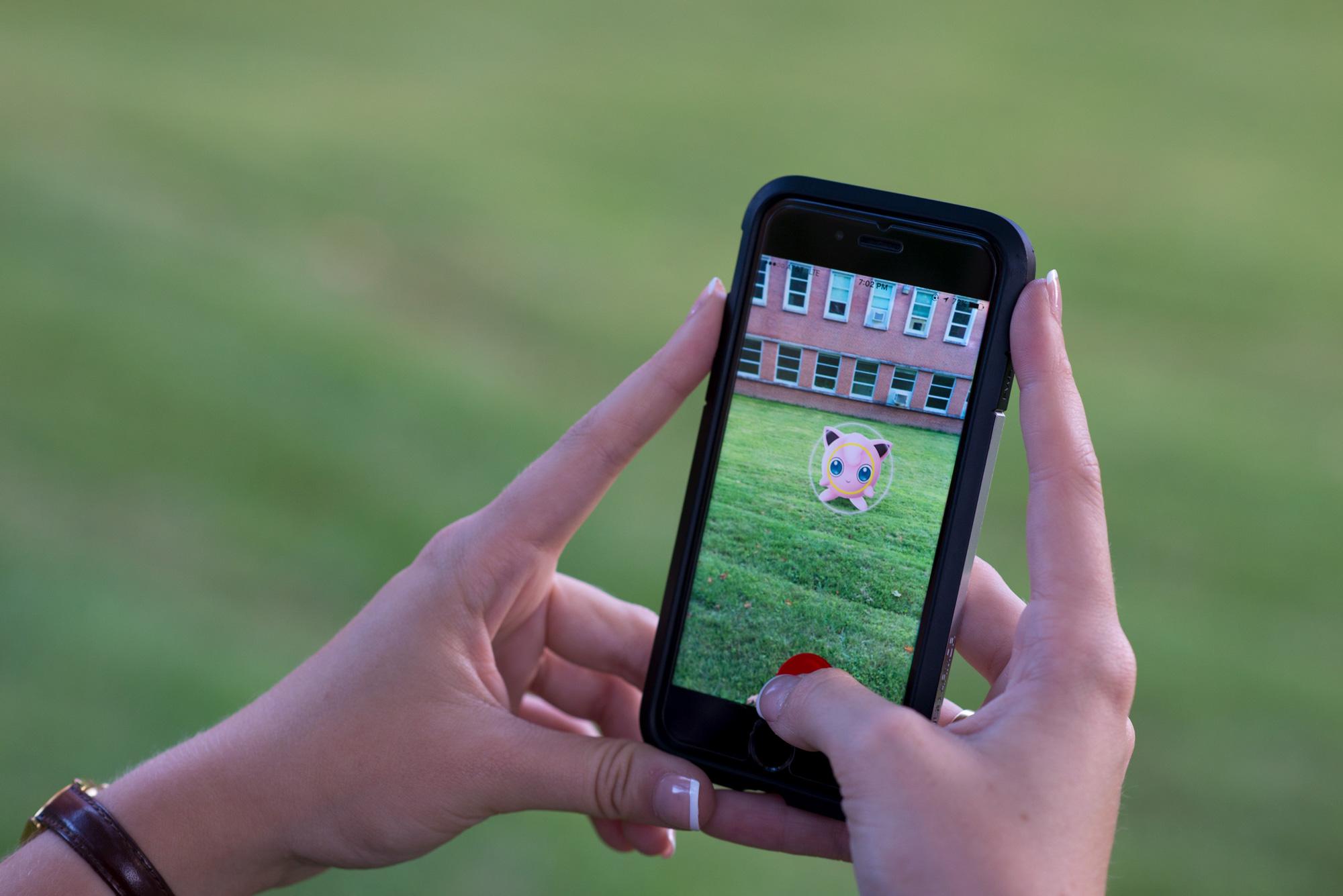 A Jigglypuff is sighted near I.G. Greer. Photo by Dallas Linger, Photo Editor

Next the trading card game comes out. Even better, now you can collect Pokémon and battle your friends to see who has the best Pokémon. But again, there is something lacking.

After the introduction of the Game Link function for the Gameboy, all your dreams come true. Now you can battle and trade Pokémon with your friends, and always be on the lookout for the elusive Mew.

Fast forward to 2016 and Pokémon Go is released.

Pokémon Go is an amalgamation of previous Pokémon games, the trading card game and more contemporary augmented reality video games. The game manifests itself as a free-to-play app that is experienced on the player’s phone. The game tracks where you are located in the real world and fills in the surrounding areas with Pokémon. It’s worth mentioning that these locations are in the real world, so the player must physically go outside and travel to the Pokémon to catch them.

The childhood dream of saying that you ‘will travel across the land, searching far and wide’ for Pokémon has finally become a reality.

The final piece of the main game is the Pokémon gyms. A gym, like a Poke-stop, is also a real world landmark that serves as a hub for Pokémon Go players.

Players choose one of three factions to align themselves with once they reach level five in the game. These teams are Instinct, Mystic and Valor represented by yellow, blue and red respectively. Choosing a team doesn’t have as great of an impact as one would think, but one of the few things it does influence is which gyms you can place Pokémon in and which ones you can’t. However, it is worth mentioning that according to polling from video game website Kotaku, the blue Team Mystic is the most popular, giving players a higher probability of running into friendly gyms.

“I ran into a bunch of people at the gym near me. Everyone was giving each other tips on where to go and find the best Pokémon,” Brown said. “It’s weird playing a game like Pokémon out in public, but very cool.”

Speaking of finding rare Pokémon, at the time of writing this, there is a very high level Snorlax sleeping on King Street.

By all accounts Pokémon Go is a great success. What was first unveiled as an April Fools’ joke from Google called “Pokémon Challenge” in 2014 has quickly become more than a game, but a cultural movement. Social media networks have become hives for screenshots and pictures of Pokémon. There has also been an explosion of people forming walking groups to get exercise and catch Pokémon from the early morning to late at night. Nintendo has truly reinserted themselves into pop culture.

But how long can this last?

Pokémon Go has exploded into something huge, but the gameplay is very limited and not well refined. Gym battles are little more than screen mashing contests and other RPG elements are severely lacking depth. These things typically indicate that the player base will fall off more quickly over time, because of the lack of content.

Additionally, the main feature of the game, physically getting up and walking to Pokémon in the real world, is much more taxing than playing a standard video game. Because players have to move themselves far distances, especially in suburbs and rural areas, the drive to keep playing Pokémon Go can falter, giving the game a capacity to drop off very quickly.

Pokémon Go may just be a short term meme, a fad that will burn out in today’s lightning fast attention span. This isn’t to say that Pokémon Go is a bad game, in fact it’s a great game, one that is quickly burning brighter than any other game released this year.

Like a candle, Pokémon Go may burn half as long, but twice as bright.