Chapman leads team in first win of the season 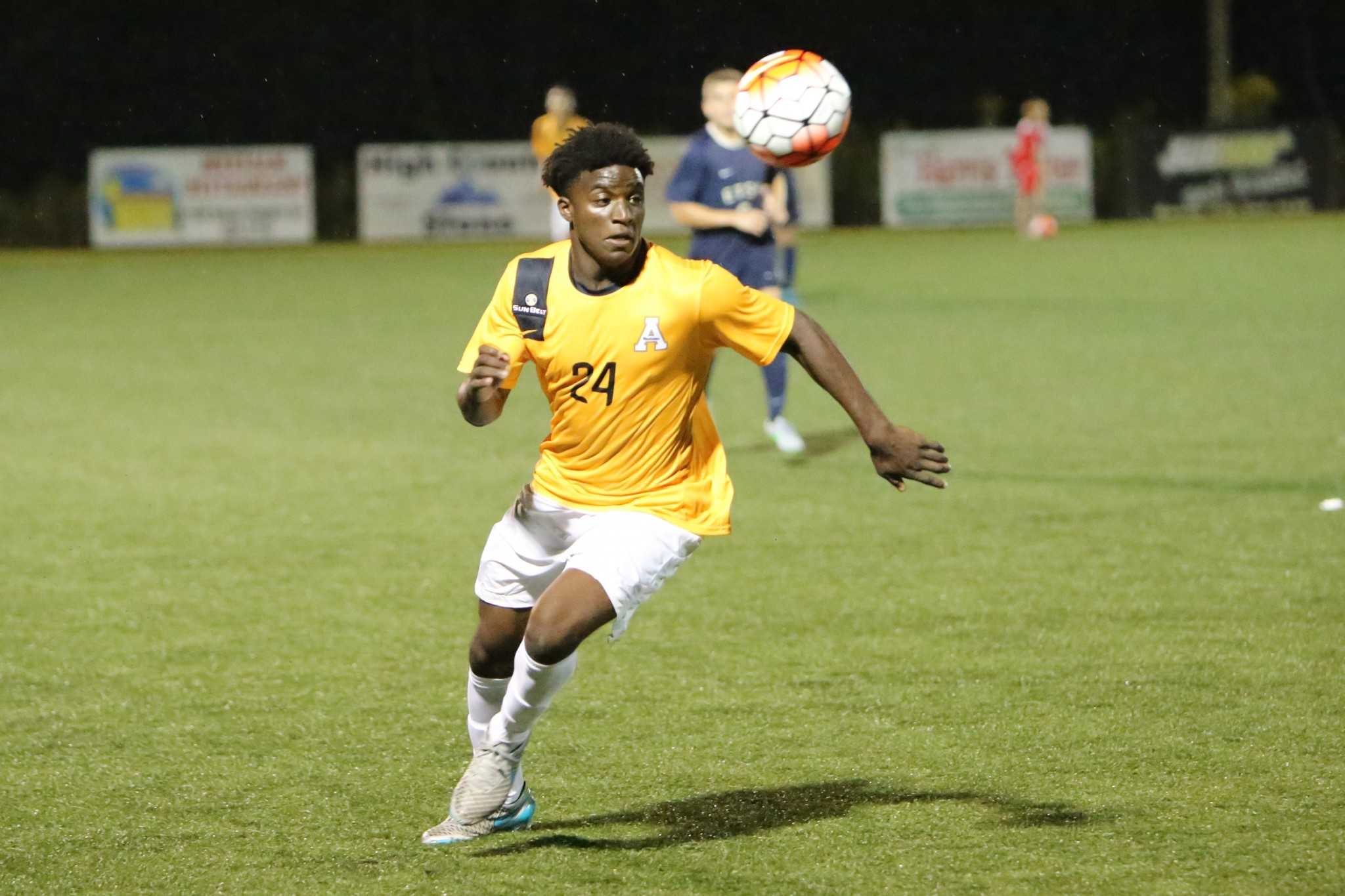 The Mountaineers secured their first win of the season Wednesday evening against East Tennessee State.

“We got a good result against a strong ETSU team,” head coach Matt Nelson said. “They were dangerous in the attack tonight and put us under a lot of pressure.”

Junior forward Stephen Chapman had another brilliant game as he scored the first goal of the match in just the 11th minute. Senior midfielder Alex Herbst floated in a great ball off the corner kick targeting freshman midfielder Raheem Somersall who headed the ball back across to Chapman who had an easy finish for his second goal of the season.

The Mountaineers continued their high-pace tempo for the rest of the half.

Chapman broke through the Buccaneers backline in the 40th minute, blowing past defenders, and eventually being tackled inside the penalty box, drawing a penalty kick.

Chapman showed no fear as he did a soft jog up to the ball, stutter stepping last-second and drilling the ball into the lower right corner of the goal. Chapman now has three goals in just two games.

The second half was a little more quiet, as the only thing that was making noise was the referee’s whistle. Seven yellow cards were issued in the second half, App receiving five and ETSU receiving two.

Play continued to be rather sloppy from both ends until the 67th minute where Cameron Woodfin on ETSU was able to squeeze in a cross through a heavily defended box connecting to Buccaneer teammate Fletcher Ekern, making it 2-1.

App State head coach Matt Nelson quickly made some arrangements to his defense following the goal.

The Mountaineers were able to hold on against ETSU, recording their first win of the season. The Apps are now 1-1, and travel to Nashville on Friday as they play the Bruins of Belmont University (1-3).