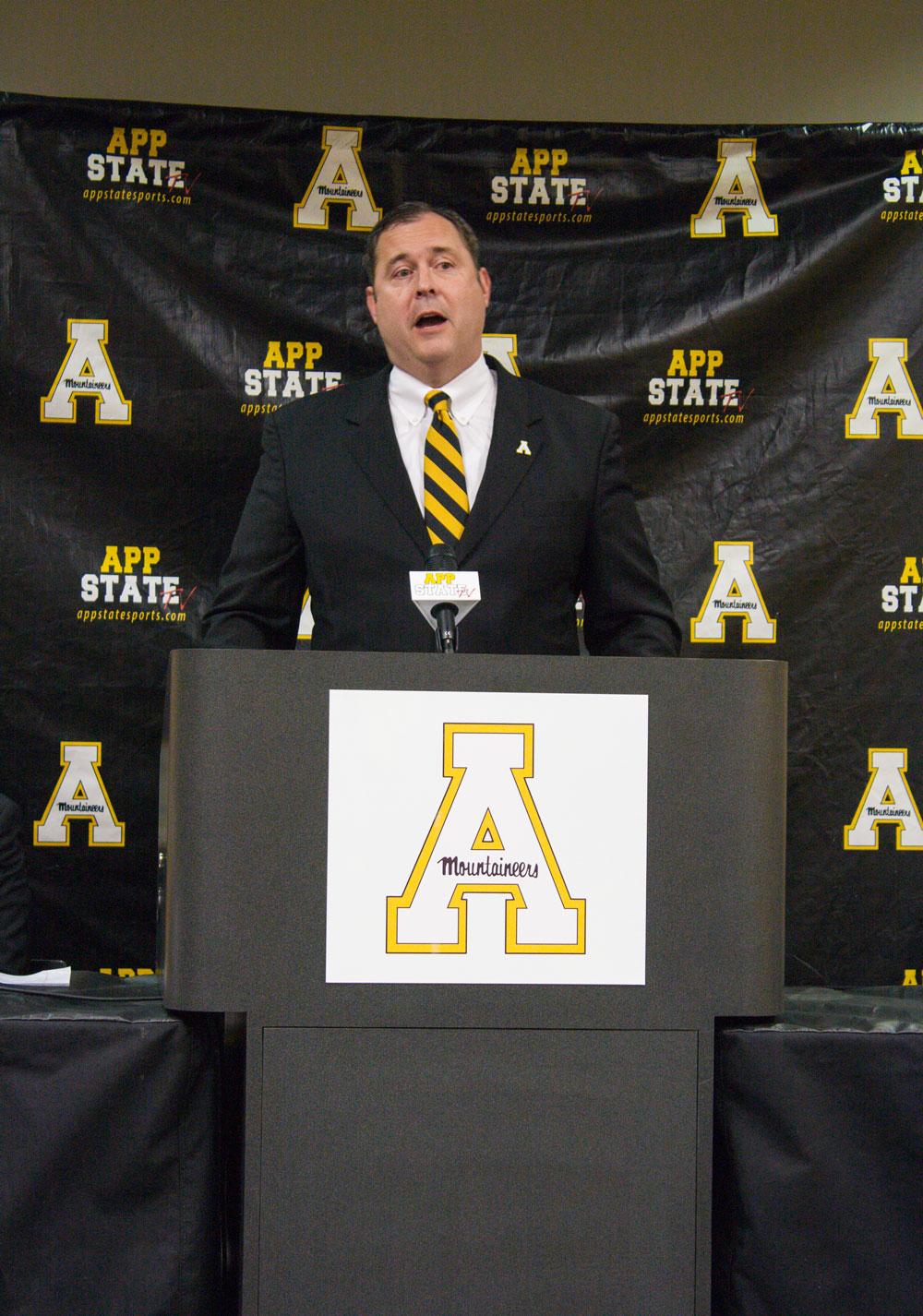 Charlie Cobb resigned from his position as athletic director Thursday after nine years to take the same role at Georgia State University.

The search for the next athletic director began immediately after Cobb resigned and Senior Associate Athletic Director Rick Beasley, who has been with the university since 2006, will now serve as Interim Athletic Director, according to a statement from App State athletics.

“It is with mixed emotions that I accept the resignation of Charlie Cobb,” Chancellor Sheri N. Everts said in a statement from App State athletics. “While I wish Charlie the best in his new endeavor, his leadership and collegiality will be missed at Appalachian.”

Cobb, 46, joined App State on July 1, 2005 and was instrumental in pushing the Mountaineers to the NCAA Division I Football Bowl Subdivision competition after the university accepted an invitation to join the Sun Belt Conference in March 2013.

During Cobb’s tenure, the football program enjoyed three-consecutive national championships, which marked the first NCAA football championships ever won by a team in the state of North Carolina and also the first time that any program notched three consecutively.

“If I have regret, it’s that I don’t think I learned to celebrate the football success as much as I probably should have,” Cobb said. “What those coaches and kids accomplished was amazing.”

Under Cobb, the football program also saw dramatic improvement in attendance and ticket sales. Kidd Brewer Stadium was filled beyond capacity for 51 of the Mountaineers’ 52 regular season home games during Cobb’s tenure, while also seeing a 298-percent increase in season ticket sales.

Under Cobb, the Yosef Club raised more than $3 million in donations for the past two years. The Yosef Club, which provides scholarship and facility support for the university’s athletes, never surpassed $700,000 in annual donations prior to Cobb’s arrival.

Cobb also helped orchestrate $50 million worth of athletic facility enhancements including the seven-story, 120,000-square-foot Appalachian Athletics Center that was erected in 2009. The facility is home to football offices, a locker room, a strength and conditioning center, training facilities, study spaces, 600 club-level seats and 18 luxury suites.

Thanks to the facility enhancements, all 20 of App State’s intercollegiate teams practice and compete in facilities built or renovated since 2000.

“The timing is a definite piece to this puzzle that’s not ideal,” Cobb said. “It’s a hard decision, but I’m looking forward to the challenge.”

With his move to Georgia State, Cobb will return to Atlanta where he held positions with the Atlanta Sports Council, the Chick-Fil-A Peach Bowl and the Georgia Dome before working at App State.

“After nine years at App State, it’s been a wonderful experience as I’ve met a tremendous number of great people and experienced some incredible highs,” Cobb said. “The easiest way to summarize it is that it was time.”