College GameDay heads to Boone for App State vs. Troy 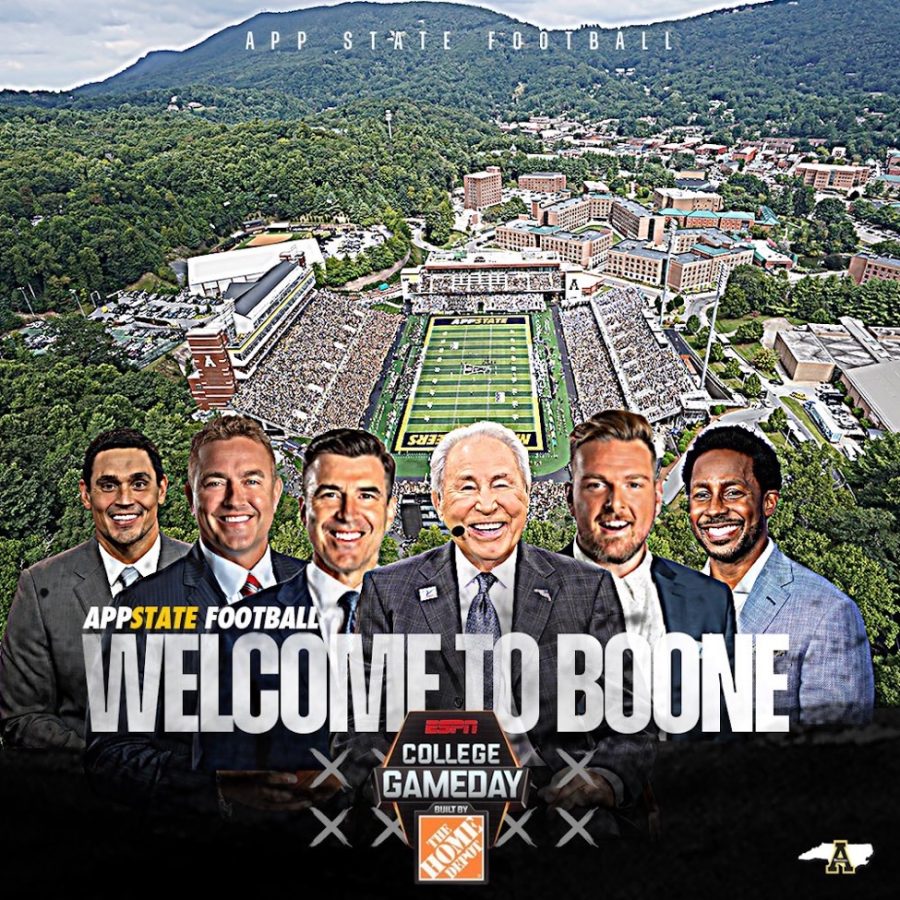 For the first time in App State history, ESPN’s College GameDay announced it would be traveling to Boone for the Mountaineers’ Sept. 17 matchup with Troy.

College GameDay’s Rece Davis admitted the crew was originally likely headed to College Station, Texas, for Texas A&M’s matchup with No. 13 Miami, but the location flipped to Boone after App State defeated the No. 6 Aggies. The decision may have also been swayed thanks to viral videos of Mountaineer fans storming King Street and celebrating across campus circulating across all social media platforms.

The announcement was made to the team before their flight departed back to North Carolina.

Students should be prepared to cheer on the Mountaineers and construct creative signs that are shown off on ESPN’s coverage. The show will be located on Sanford Mall and the renowned GameDay crew of Davis, Desmond Howard, Kirk Herbstreit, Lee Corso and a special guest will begin their show at 9 a.m.