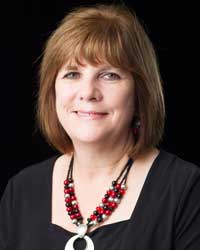 The College of Arts and Sciences hosted a reception on Monday for Ruth Cook, the business manager of the college, who is entering retirement Thursday.

Many students, faculty and staff attended the reception, which Neva Specht, the dean of the college and whom Cook worked closest with, considered a testament of her impact after serving the university for 30 years.

“She’s an outstanding staff member, and a lot of the things that have made the college work so well are because of her,” Specht said.

As the business manager of the college, she oversaw office operations. Cook has been a part of the college for the past 12 years, but throughout her years at App State, she has gained a large amount of connections across the community, Specht said.

“As somebody who has been here for the past 30 years, she has a great institutional memory, which really helps when you are trying to get something done,” Specht said. “She is very professional in everything she does.”

During the remarks at the reception, many people expressed their gratitude for Cook’s work at App State.

“So many of us owe so much to Ruth Cook for her superior, superb dedication and professionalism,” Neal Lineback, faculty emeritus and someone who has worked closely with Cook for many years, said.

Cook was given a Japanese Maple tree with notes from members of the Appalachian community tied to the branches. This tree will be planted where Cook decides to plant her roots after she leaves App State.

The reception closed with an expression of gratitude from Cook.

“It has been an honor and privilege to work with each and every one of you. I have had a great job here because of all of you,” Cook said. “And I want to say a special thank you to all of you who have helped and supported me throughout the years.”