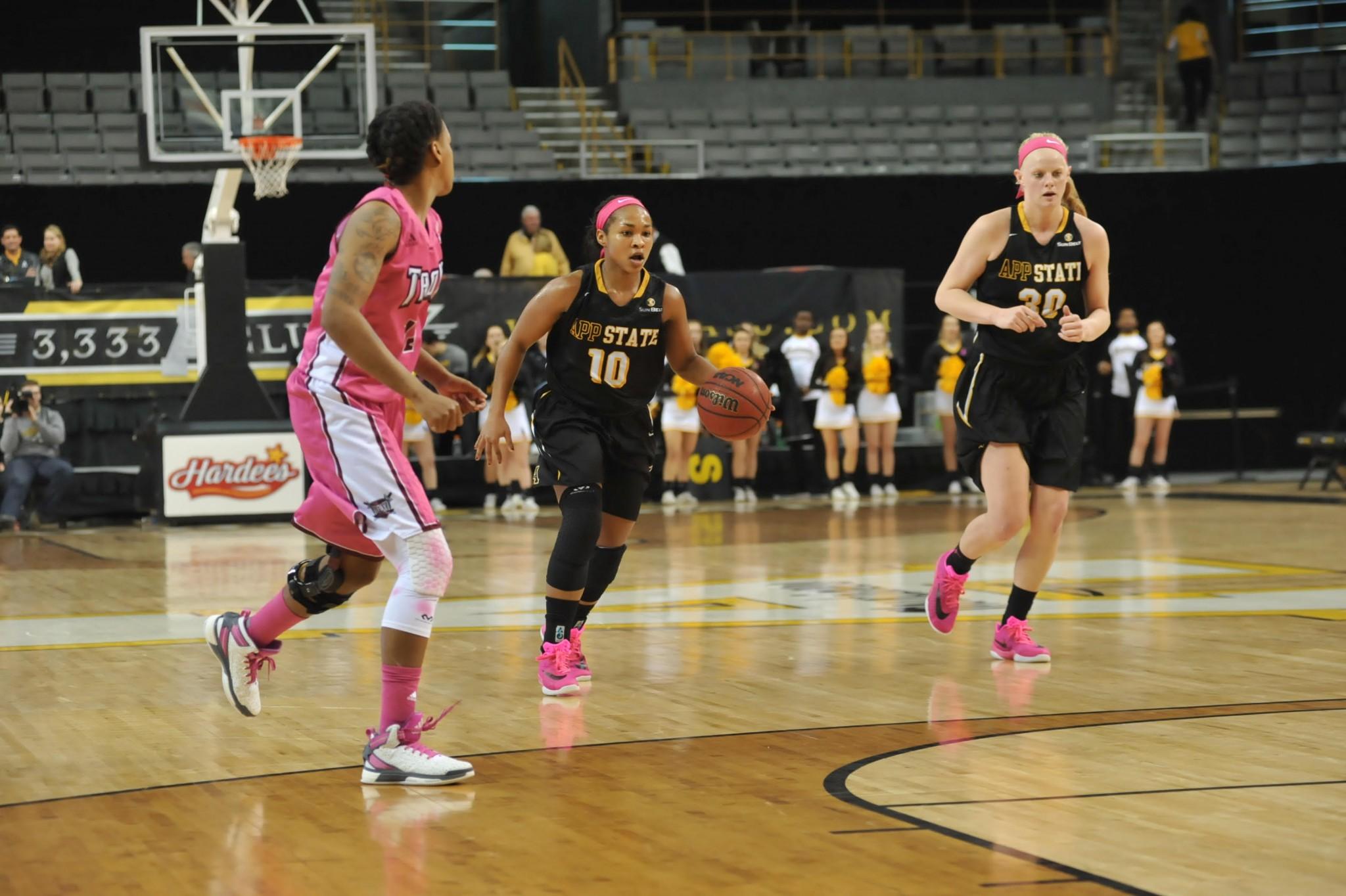 The first half started off with a 3-pointer from Troy’s leading scorer Ashley Beverly Kelley, who went on to score four more threes and lead all scorers with 33 points.

Troy highlighted the first quarter with a 7-0 run and App failed to capitalize off Troy turnovers. The Mountaineers’ shooting never came to fruition in the first half, hitting only 34.4 percent from the field and 25 percent from 3-point land.

A big factor in the Apps weak shooting presence was the team’s leading scorer, Madi Story, being held scoreless during the first half.

“I didn’t show up for my team and I just said I need to get my stuff together,” Story said. “I tried not to think of the first half moving forward.”

After her disappointing first half, Story came back and scored 19 points to lead the Mountaineers back from a 16-point deficit heading into the second half.

“A lot of that was we got a lot more transition in the second half and that’s where I do better,” Story said.

Story’s layup began the Mountaineers’ 9-0 run, cutting the margin to 2 points. The run ended with a layup by Troy’s ArJae Saunders, after which Story drew back-to-back fouls for an ‘and one’ and a foul. She hit all three free throws.

Story finished out the quarter with her first 3-pointer and a jumper, giving her 12 second half points. The third quarter ended with forward Keke Cooper fouling Troy with two seconds left. Troy hit both free throws and increased the margin to 10 points.

Despite Story playing most of the fourth quarter with four fouls, head coach Angel Elderkin said the decision to put Story in with only 8:45 left was necessary.

“We just couldn’t play without her,” Elderkin said.

Madi Story and Joi Jones, who had a team-high 22 points in the game, ended up facilitating a high intensity comeback to take the game into overtime.

Whether it was fatigue or lack of rebounding in the overtime period, the Mountaineers failed to capitalize off of turnovers and let Troy go on a 7-0 run. The Trojans never looked back, securing a 100-89 victory and their eighth Sun Belt victory of the season.