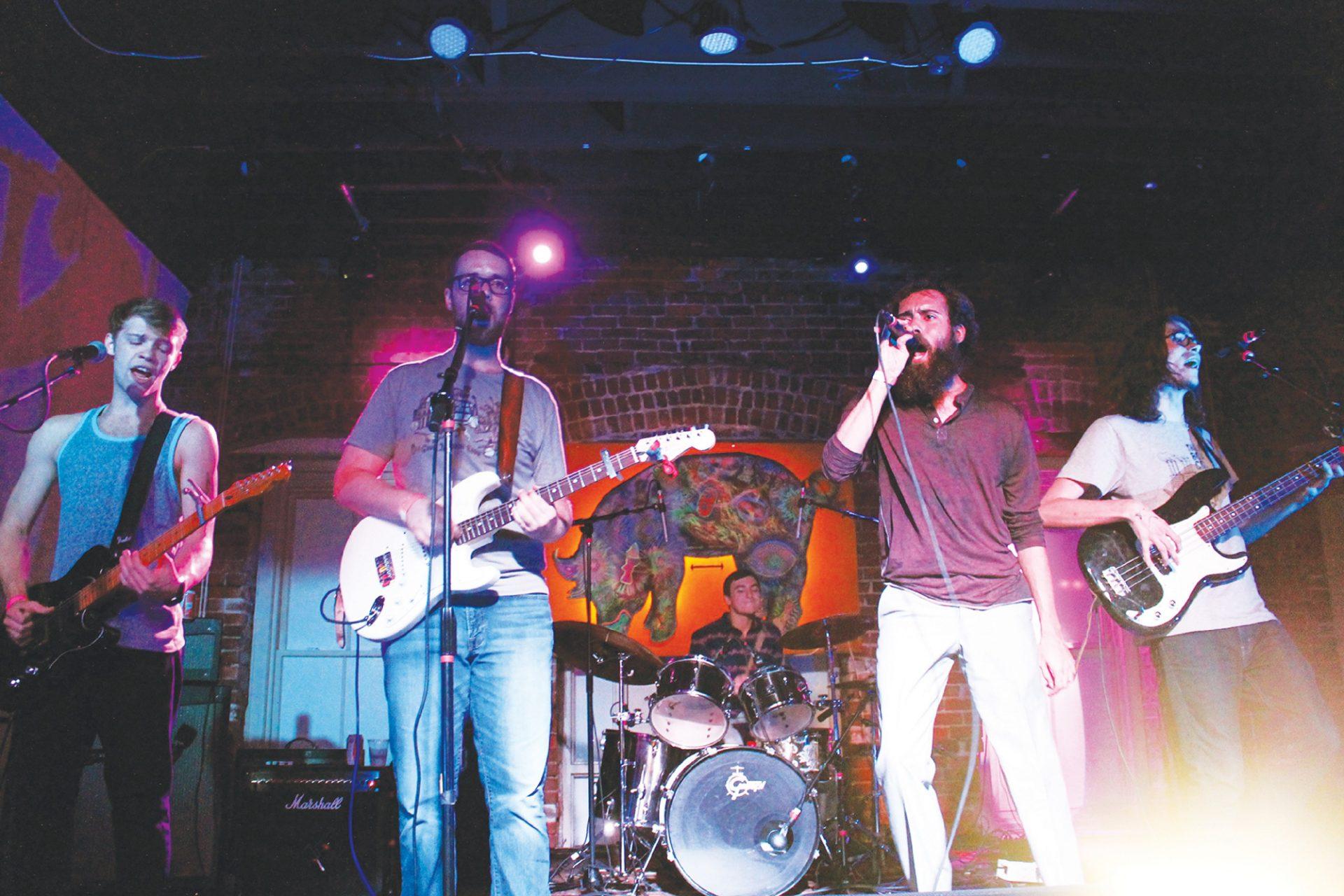 Rainbow Kitten Surprise performing live. RKS, the beloved band with roots at App State, is coming to Legends on Sept. 13.

After playing on stages around the country and performing at festivals with artists known around the world, Rainbow Kitten Surprise is coming home to a local stage that they know and love.

On Sept. 13 the group will be returning to Legends to kick off their Friend, Love, Freefall tour celebrating the release of their new album. Doors open at 8 p.m.

“Legends is basically where we got our foot in the door playing shows outside of the local bar scene,” lead singer Sam Melo said. “For us, we wanted to make sure our hometown knew that we hadn’t forgotten about them. After traveling all over the country, it was time to return to our roots and come back home.”

The band says they are excited to come home and show their fans in Boone how they have grown.

“The last time we played Legends, Sam shaved his entire head on stage during the performance,” Jess Haney, drummer for the band, said. “I think it’ll feel sort of like that, a new beginning. A chance for our fans to see how we have progressed over the years.”

In addition to RKS, Sensation of Falling, another local band, will be joining them on the Legends stage for the night.

Lead guitarist of RKS, Ethan Goodpaster, said the band has been friends with the members of Sensation of Falling since the two groups started on the local music scene and have even more recently played together during gigs at the Orange Peel in Asheville.

“There’s nothing like playing music with people you genuinely admire, respect and enjoy hanging with,” Goodpaster said.

The nationally recognized band has sold out over 45 shows during their previous tour around the country and are continuing to sell out in cities for their upcoming tour.

During the band’s time on the road they have shared festival stages at Lollapalooza and Austin City Limits with some legendary names such as the Red Hot Chili Peppers and The Killers.

“At the end of the day, our fans are what matter most to us,” bass player, Charlie Holt, said. “We connect with our fans in the same way they connect with us, which is through our love of music and that will never change.”

Tickets for their Legends show will go on sale Thursday at 10 a.m. and are expected to sell quickly. Prices will range from $20 for students to $25 for the public.

Tickets sold through the university can be purchased at the Plemmons Student Union ticket desk where doors will open at 10 a.m. Tickets will continue to sell Monday through Friday from 10 a.m. until 4 p.m. while supplies last or can be purchased online at https://red.vendini.com/ticket-software.html?t+tix&e=b677c6ec4obc8e7def72a493a2a2fd63. Tickets are also being sold directly through RKS’s website, https://rksband.com/