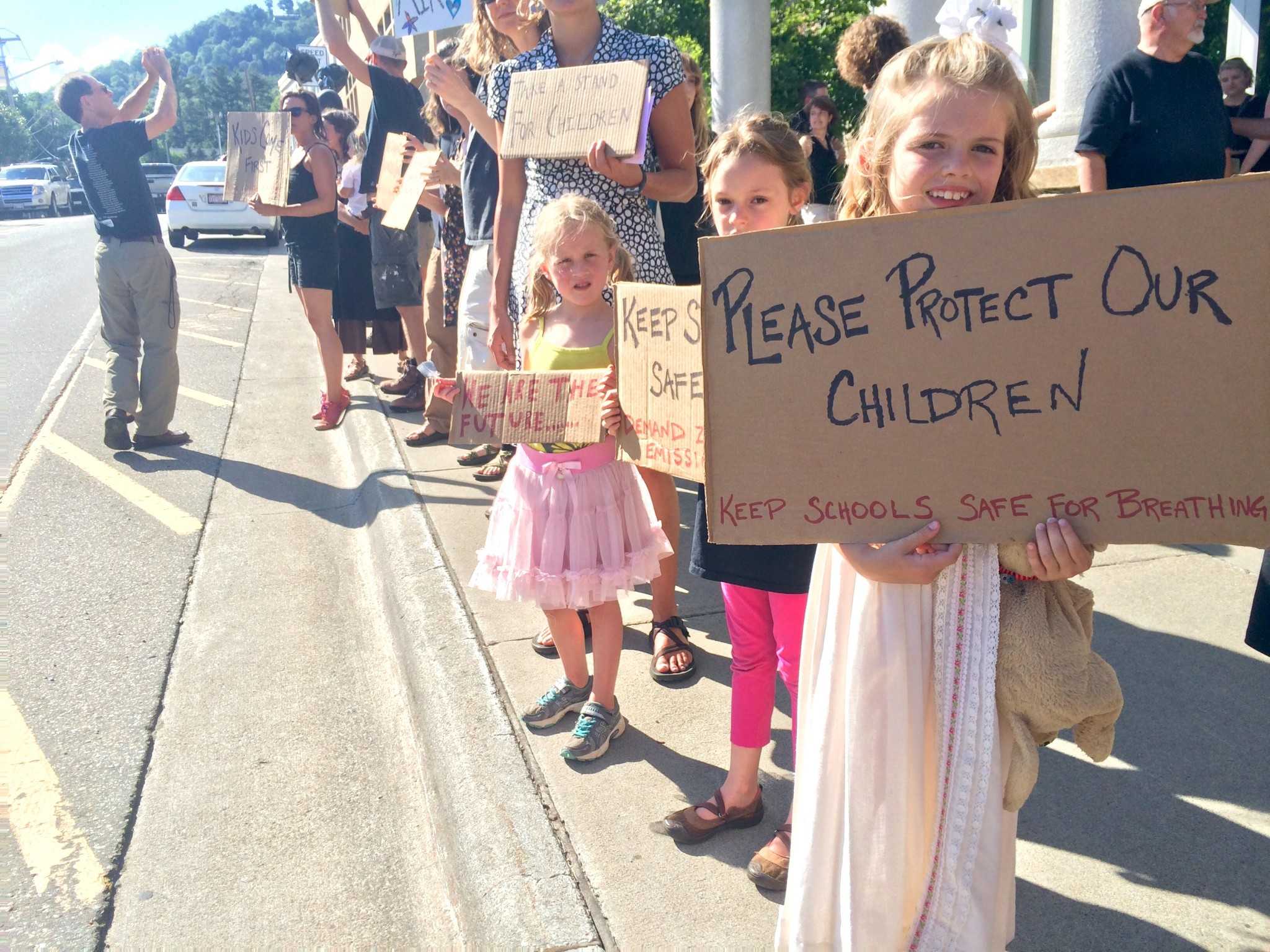 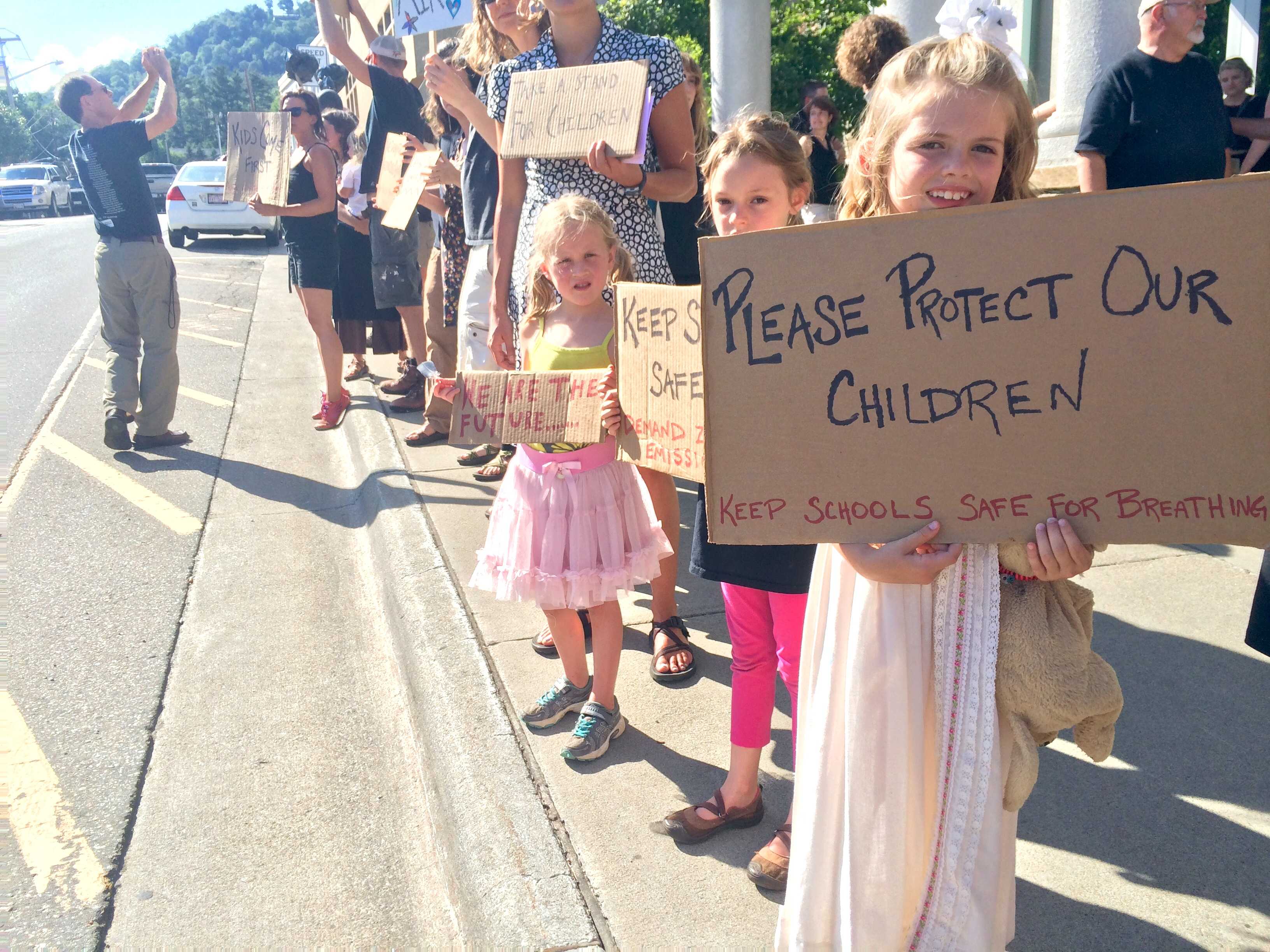 Many concerned High Country residents gathered outside the Watauga County Courthouse Tuesday evening to protest the potential development of an asphalt plant.

The proposed facility would be built on US Highway 421 South between Boone and Deep Gap, North Carolina. Maymead, a corporation of Mountain City, Tennessee, has applied for an air quality permit from the NC Division of Air Quality to build the High Impact Land Use facility.

According to county Planning and Inspections Director Joe Furman, there are currently no ordinances that require the holding of a public hearing, public approval or county commissioners’ approval to grant permits for High Impact Land Use facilities.

A local coalition of community members called W.A.T.C.H, Wataugans Against Toxins Close to Homes, aims to change this.

The community group was present in large numbers at the Public Hearing, black balloons and signs representing smokestacks were abundant as well. Citizens of all ages lined King Street calling considerable attention from those passing by.

“ It will be an ugly sore visible from the road on a scenic highway,” Watauga resident Brian Juneau said. “The plant would expose toxins to school kids and destroy property values at very little benefit to anyone”.

A crowd of over 200 people filtered into a Watauga courtroom after the meeting was moved to a larger room to accommodate the multitude of citizens in attendance. Twenty seven people signed up to speak during the hearing, each allotted three minutes to express their position to the commissioners.

Joanna Weintraub, another Watauga resident, said her concerns with the plant are its proximity to Parkway School and the Blue Ridge Parkway.

“We see hundreds of people  — if not thousands  —  a summer use that corridor thinking they are bringing their families to a clean, serene, peaceful trip away from the city they live in,” Weintraub said. “For them to not even know they could be sprinkled with pollution, I feel like that is almost criminal.”

Community members also expressed concerns of the proposed facility’s impact on the tourism industry which Boone heavily relies on for revenue, the proximity of the plant to public schools and other protected areas, as well as the toxins the plant would dump into the atmosphere.

W.A.T.C.H. members presented a petition with over 1,500 signatures to commissioners, requesting a provision to send the High Impact Land Use ordinance back to the Planning Board to be revised to include a requirement for a Public Hearing before the issuing of a High Impact Land Use permit.

“I was told the government was supposed to help kids not hurt kids,” Parkway School student Aspen Stetter told commissioners. “Please do that today.”