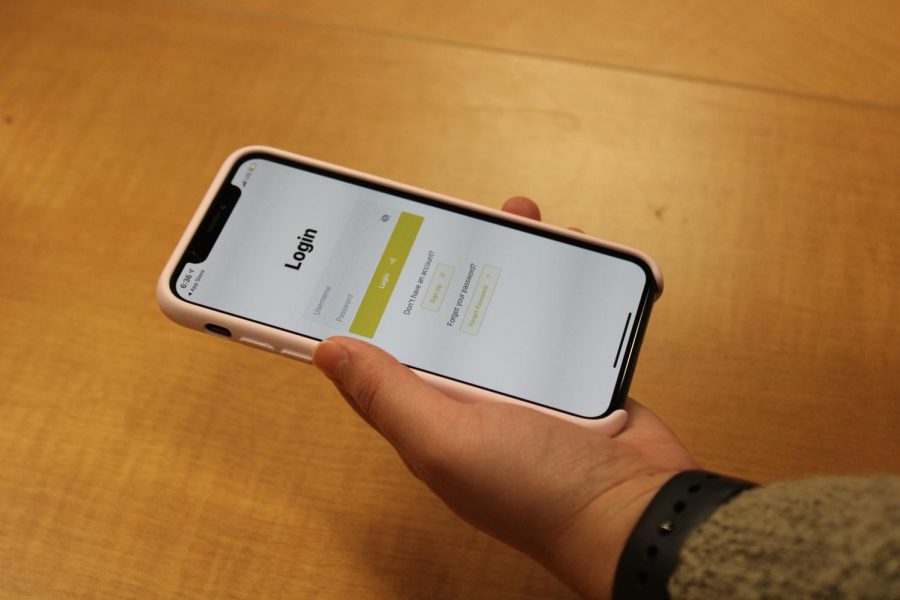 Students Ian Murphy and Banks Nussman created the Ride Beep app to provide students and residents alike affordable rides around Boone. Users are met with a login screen and can use their university email to confirm they are a student.

What began as an idea between two App State students in their freshman year dorm room, is now, one year later, the Ride Beep app.

The app is designed to provide students and residents alike affordable rides around Boone.

Co-founders Ian Murphy and Banks Nussman used the already-existing Facebook Beeper group their freshman year, but did not like the group’s set up, and wanted to create an app in its place.

Nussman, a sophomore computer science major, said the pair just made the app available to the public in the last few weeks.

Murphy, fellow sophomore and finance major, said they plan on the app being a replacement for the Facebook page.

The app is divided into three sections: “Find a Beep,” “Start Beeping,” and “Dashboard,” where users can access their profile.

The Facebook group is more simple: both riders and drivers post any time they either need a ride or will be providing rides, and provide their contact and payment information.

As an added safety feature, in the “Start Beeping” section of the app, drivers can check a box requiring people to wear masks in order to receive rides.

Riders and drivers can use their student emails when signing up for the app, and the word “student” will show up next to their names. Beepers can choose to accept or decline riders or drivers based on their comfort level.

“We also have a report system in place that we’ll be checking, and we can remove users if something bad were to happen, or someone’s using the app that’s not supposed to be,” Murphy said.

Nussman said there has been a positive response to the app so far.

“As a person who beeps often, this app is it,” sophomore Katie Hines wrote in a Facebook comment. “It’s so much easier to navigate and amazing for us beepers.”

Hines, who has beeped using the app, said beepers still receive all the revenue from their drives.

Szeghy said in a statement that the app is much more streamlined than the Beeper Facebook group, and makes beeping more accessible to people who don’t use the social media site.

“There’s also people out there that are kind of skeptical of using it, and are not as excited about what we’re doing,” Nussman said. “But those that have used it have had an overwhelmingly positive experience I think.”

After creating the idea for the app, Nussman said the two had to write a lot of code and obtain a developer’s license to put their app on the App Store and Google Play Store.

“We’ve had to go through some legal things and look into that on our own time to make sure we’re doing everything correct there,” Nussman said.

Murphy said they make no money off of the app, and all money goes to beepers. There are currently no ads on the app.

In the future, Murphy and Nussman said they want to add a rating system, expand the app to additional colleges and add a feature that allows beepers to do food runs.

“I think (students) should be excited because it provides a much easier and faster way to get around,” Murphy said. “Once more people use it, there will be people driving almost all the time and you’ll always be able to find a ride.”