Dancing into a new era 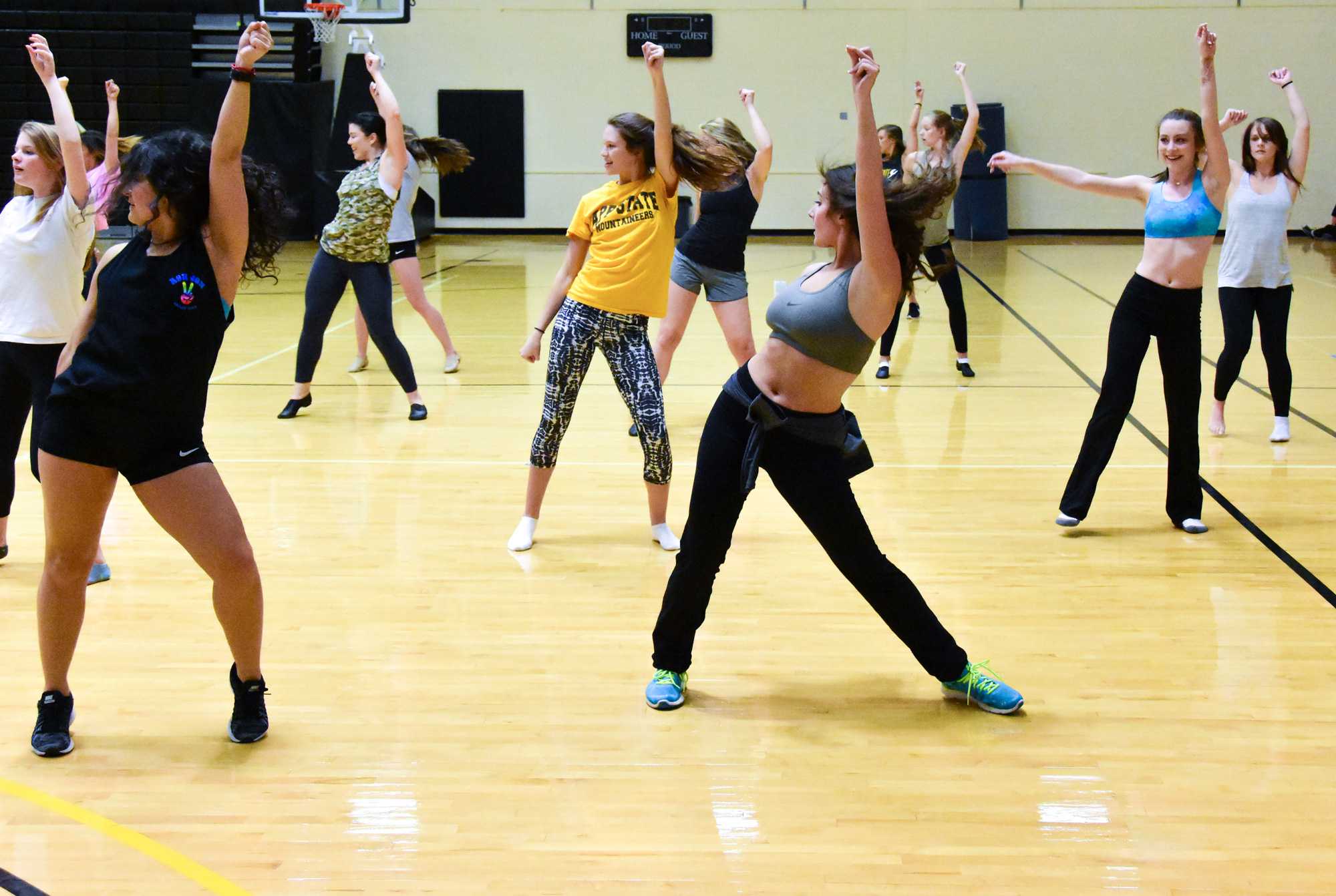 Going into their next season, the university dance team will face one of the greatest challenges in its history, replacing half of the dancers and all three captains.

The task of finding three captains that are capable of guiding a team and providing a comfortable, healthy environment is something the Appalachian State Elite Dance Team goes through at the end of every season, but now the team is losing seven out of the 15 dancers from this past season.

Three of the seven departing members include senior captains Alaina Brown, Courtney Dancy and Alyson Grant, who led the team for the last two years and were the first trio of captains in recent history to remain in their positions for two years consecutively.

Normally the team’s captains consist of two seniors and a junior, but with all three captains graduating in May, every position was open following the end of the season.

At the end of the 2015-16 season, the team’s current dancers elected rising junior Holly Moore and rising seniors Morgan Barnette and Megan Ridenhour as their three new captains for the 2016-17 season.

Moore, Barnette and Ridenhour will be able to draw from previous captains’ experience when selecting a roster.

“I think they will help us a lot because they’ve experienced this before,” Moore said. “They have helped us prepare for this a lot already, which is something they weren’t completely able to have entering this role.”

Being put in a situation that requires a lot of dedication and motivation, Brown saw something in this trio that was very special.

“They always give 110 percent and have a passion for dance, which is all you need to care,” Brown said. “They never cause any trouble and are great teammates.”

Being a team that is self-run and still working on becoming sponsored by the school, they have already seen tremendous growth under Brown, Dancy and Grant.

“One thing we have helped change is making ourselves available for everything we can be available for, including performances at different athletic events, fundraising and volunteering,” Brown said.

Ridenhour, who joined the team her sophomore year, knows the past captains set the standard high and wants the team to continue the grow as much as they can.

“They set the bar really high so we have to make sure we keep it going and make sure we don’t hit a plateau,” Ridenhour said.

Entering her fourth season, the only current dancer who has been on the team the last three seasons, Barnette has had the opportunity to take on a mentor role on the team, which helped give her an idea about what it takes to be a captain.

Since Moore and Ridenhour joined the team two years ago when Brown, Dancy and Grant were first chosen as captains, Barnette is the only member who has experienced dancing under a different trio of leaders.

Dance team alumni Erin Gerringer, Ciera Lacy and Madeline Phillips were captains during Barnette’s freshman year, and Barnette never imagined that she would be filling their shoes.

“I hadn’t thought about it, since it was a different team my freshman year,” Barnette said. “It was so new and I was very intimidated all year. I never would have thought about being captain until last year when we started thinking about the open positions for this semester.”

Despite adding seven new girls just two seasons ago, including Moore and Ridenhour, the team experienced a bond of friendship that went beyond the teammate dynamic.

“Becoming such good friends instead of teammates really helped us improve,” Barnette said. “It wasn’t like ‘Oh, we have to go to practice,’ it was like ‘we get to hang out with our best friends while we do that.’”

Not including the three captains, only five girls from last season’s team will be trying out again for a spot on the team. April 16 and 17 will be the trio’s first big task when App State’s Elite Dance Team tryouts take place.

“We have been told this is the most stressful part and that it will only get easier from here,” Barnette said.

Advertising for tryouts on the team’s Twitter, Facebook and Instagram, which is run by Moore, has been key to build the interest for this year’s tryouts that are expected to be very competitive.

“There hasn’t always been social media, so it was harder to find out about the team,” Moore said. “It is kind of hard if people don’t know about the pages, which is why we are getting our social media accounts to grow even more.”

Tryouts, usually held in April, can sometimes be conflicting for rising freshmen still currently in high school to attend, but the team also allows video tryouts to be submitted online.

“Our goal is to help people coming here feel as comfortable as they can,” Ridenhour said. “We have all been in the same position and we will let them know that.”

The hardest task of actually choosing the new dancers is put in the hands of judges varying from other schools coaches and advisers and Appalachian State Elite Dance Team alumni.

Part of the reason for having other judges come to tryouts is being able to have other eyes when watching and looking for talent.

“I want the new girls coming on this team to not feel intimidated and know that they are being welcomed into a family,” Barnette said. “We will be spending a lot of time together and I want them to enjoy every second of that.”

Creating an environment that makes it easier to adjust to college is one of the goals the team wants to have. “We want to help make it easier to come to college,” Ridenhour said.

Dancers who tried out last year or are currently enrolled at App State are also encouraged to try out.

“I hope we have a good turnout of new dancers but I also want to have just as good of a turnout of dancers who have been here before,” Barnette said. “It shows how much you want it. I would take a hard worker with a good attitude over someone with a bad attitude any day.”

The dance team held an open practice on Tuesday for any interested dancers looking to try out or just wanting to experience a practice with the team. Barnette, Moore and Ridenhour stood in front of 30 dancers for their first time leading a practice as captains.

“These past captains have helped prepare us so much,” Barnette said. “Morgan, three years ago walking into tryouts, there is no way that girl would have even wanted to run for captain or felt like she could do that.”

Having tryouts in a little over one week, the new captain trio has just begun their tenure to try and put their mark on the Appalachian State Elite Dance team.