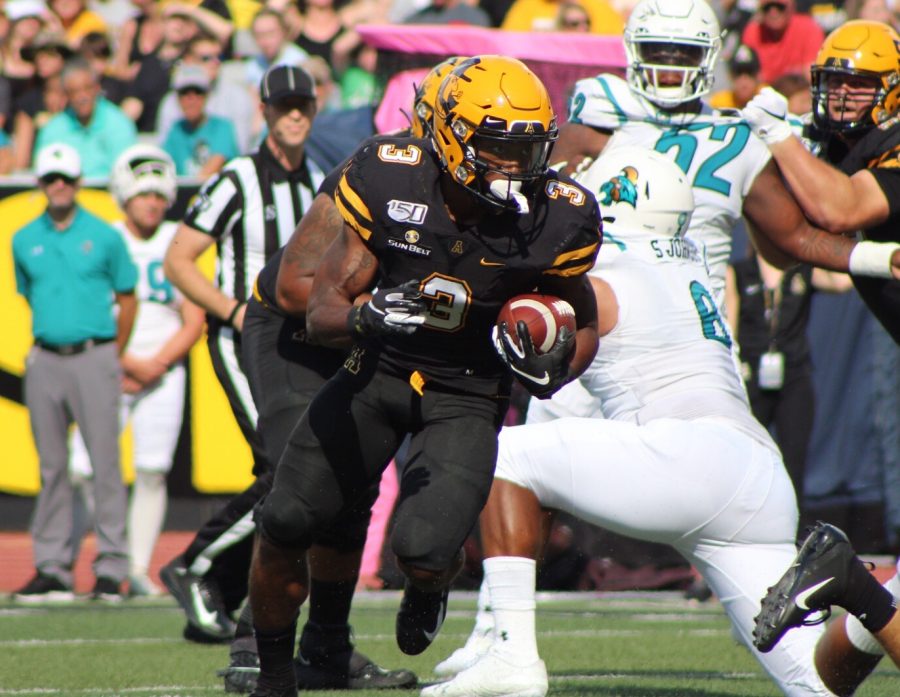 Junior running back Darrynton Evans runs with the ball during the first quarter of App State's matchup with Coastal Carolina on Sept. 28.

Junior running back Darrynton Evans has declared for the 2020 NFL and will forego his senior season.

Other career notables for Evans include:

Evans is from Oak Hill, Florida and attended high school at New Smyrna Beach. Rivals.com, Scout.com and 247Sports rated Evans as a two-star recruit out of high school.

Evans is listed as 5-foot 11 inches and 200 pounds on his App State Athletics bio.

Former star defensive back Clifton Duck declared for the NFL Draft after his junior season in 2018. Duck was not drafted in the 2019 NFL Draft, but signed with the Chicago Bears as an undrafted free agent where he played four preseason games before being waived.