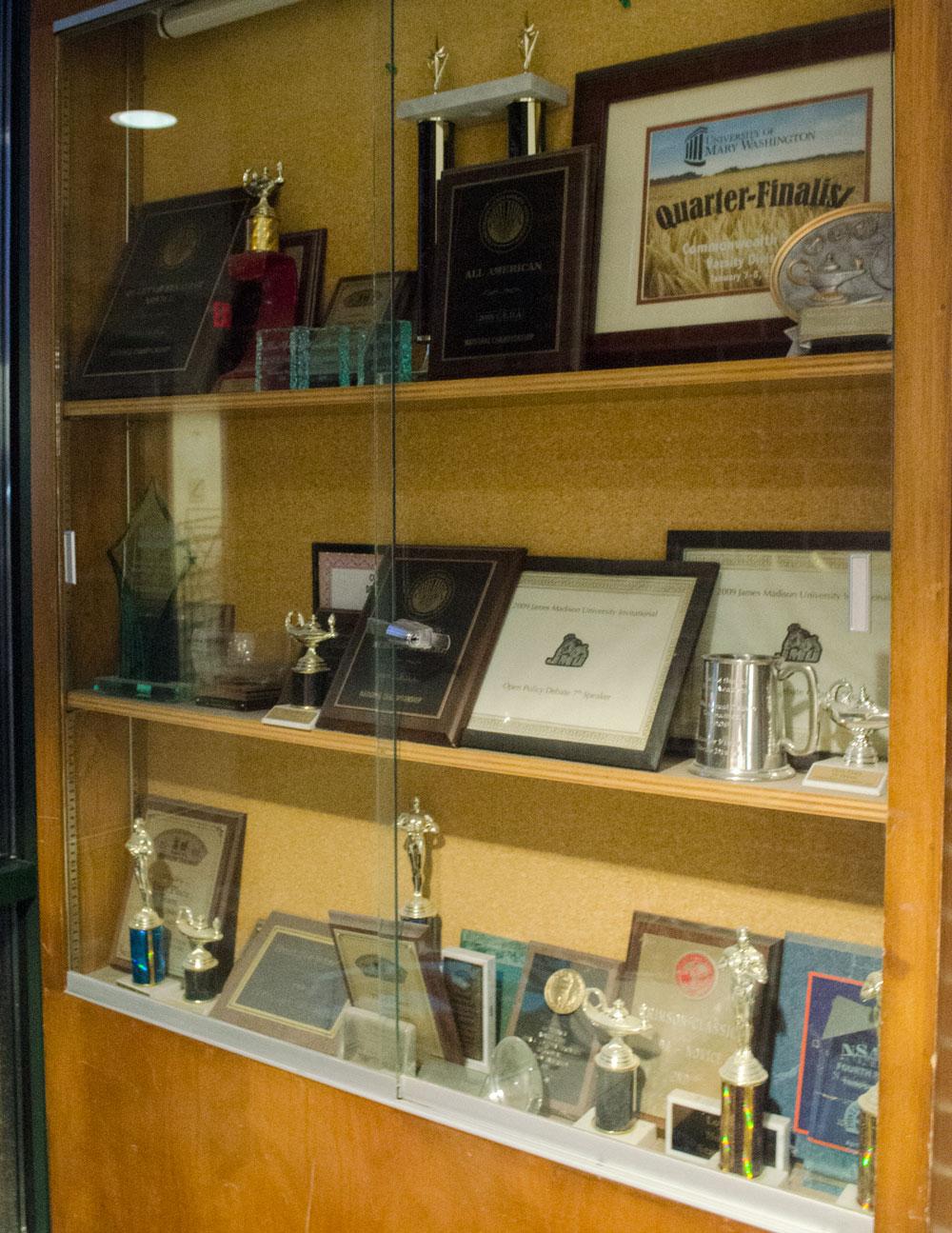 The trophy case for the debate team is on display in Walker Hall. Photo by Morgan Cook | The Appalachian

The Appalachian State University debate team was one of eight schools that competed in a national competition in Chicago from Sept. 26-28.

In debate competitions, the teams are broken into groups of two. Appalachian took ten members, entering five teams into the competition. Mark Bentley, the Appalachian debate team coach, said a total of 40 teams were competing from the eight schools that attended.

The debate topics ranged from national affairs, such as whether the federal government should increase regulation of drones in the United States, to international issues, such as whether or not the British House of Commons should pass a vote of no confidence on Prime Minister David Cameron.

The Appalachian team of Charles Douglas, a junior economics major, and Josh Colenda, a senior political science major, finished in second place for the competition, losing first place to a team from Loyola University in Chicago.

“In addition to winning and losing the round, you get speaker points in each debate,” Bentley said. “[They’re] given for presentation, but also the quality of your arguments.”

“We have been very successful in the past,” Bass said. “Two years ago, we won the [Georgia State University] college debate tournament – a huge national tournament – and we probably went against two hundred other teams.”

This is Mark Bentley’s first year as the head coach of the debate team. He was previously the debate coach at Cedarville University in Cedarville, Ohio.

Members of the team said they hope the addition of Bentley will bring some stability to a team that has experienced turmoil in recent semesters.

“For the past couple years, we’ve lagged a little bit,” Bass said. “It was mainly changing leaderships.”

The debate team will attend another competition in St. Louis over Appalachian’s fall break.