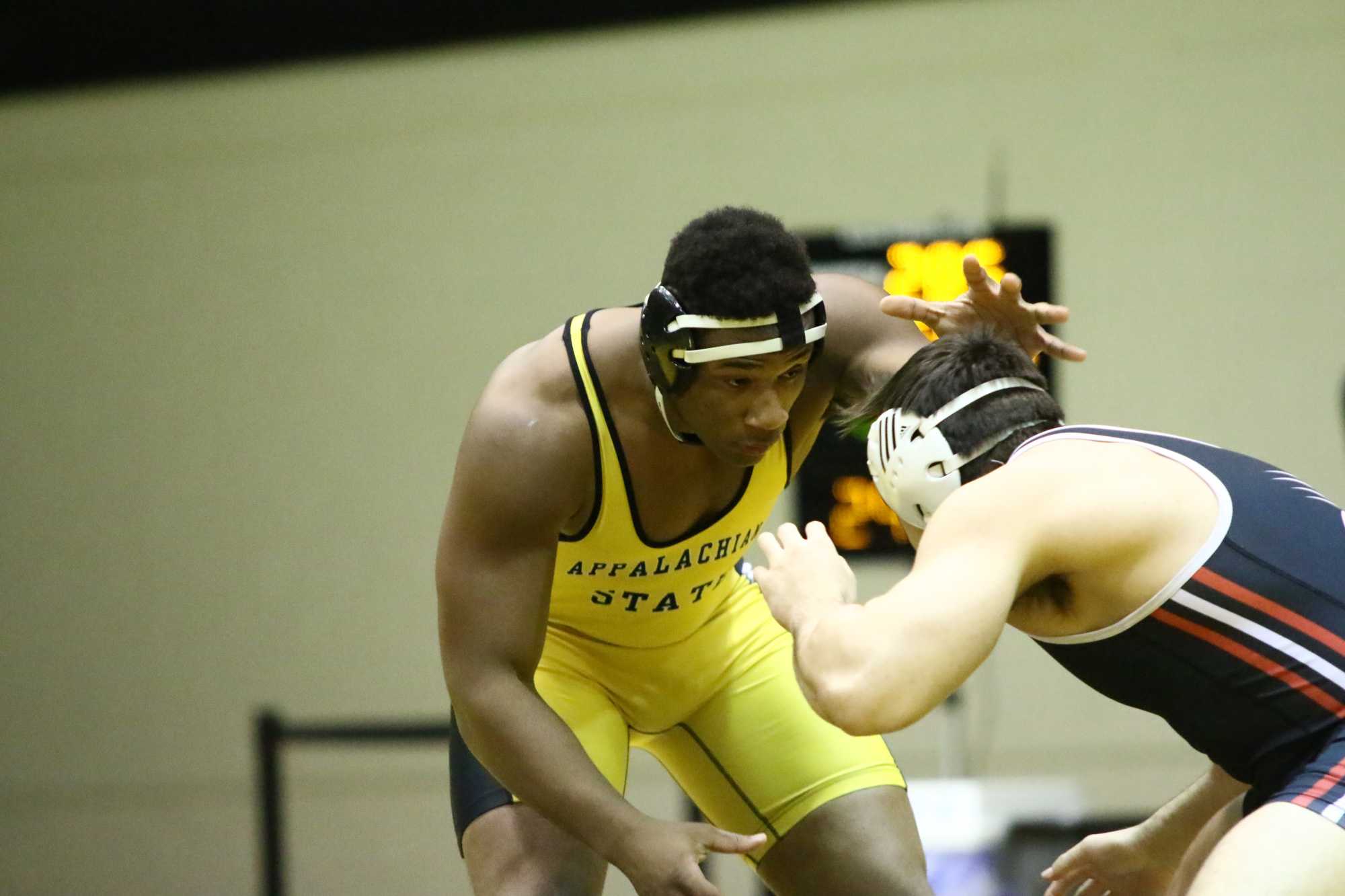 Denzel Dejournette prepares to take down his opponent during a match against SIUE. Photo courtesy Appalachian State Athletics.

Dejournette won two individual tournament titles this season, the Michigan State Open and the Keystone Classic. He also placed second at the Southern Scuffle. Dejournette was named SoCon wrestler of the week on three occasions during the 2015-16 regular season.

Three other Mountaineers were selected to the all-SoCon team along with Dejournette. Vito Pasone, Michael Longo, and Nick Kee all earned all-conference honors this season with each of them posting undefeated 7-0 records in the Southern Conference. The selection is Kee’s second, having earned all-SoCon honors last season as well as Southern Conference Freshman of the Year.

“Our all-conference selections have done an outstanding job,” head coach JohnMark Bentley said. “I expect these guys to lead us in the postseason as we strive to produce All-Americans.”

Appalachian State wrestling will continue their season when they travel to Asheville, North Carolina March 5 for the Southern Conference Wrestling Championship at Kimmel Arena.