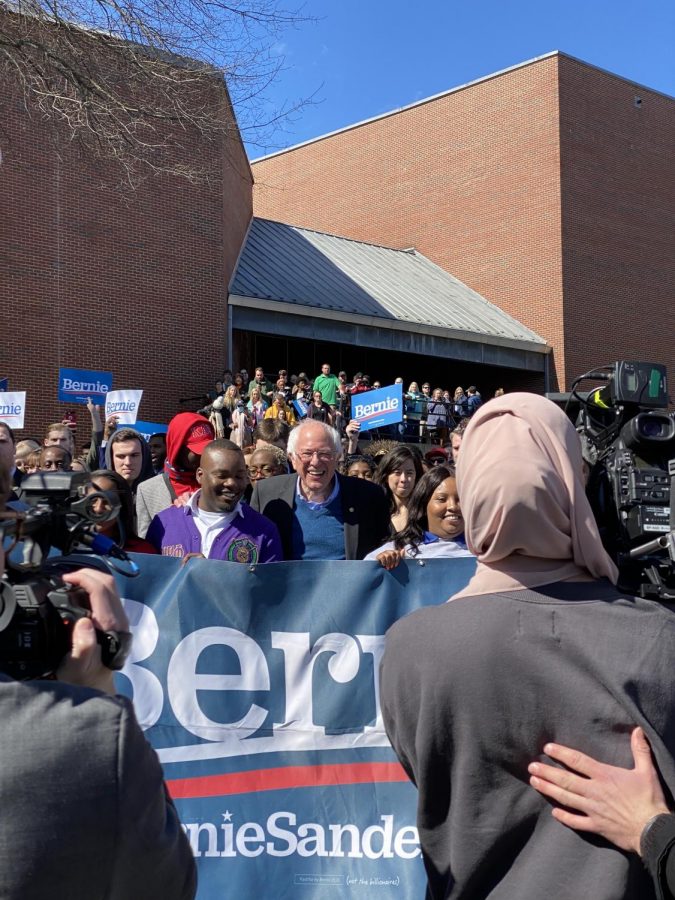 After his speech, Bernie Sanders marched half a mile, from Winston-Salem State University to a polling site with voters.

Three former Bernie Sanders 2020 staffers launched Un-PAC, the first student organizing group that focuses on democracy reform and support for the For the People Act.

Un-PAC’s first campaign was to gain support for the bill to pass to reduce “big money” in politics and make voting more accessible.

“Young voters were the margin of victory for Joe Biden in 2020,” Shana Gallagher, Un-PAC executive director, said in a press release. “If this Congress, controlled by Democrats, can’t deliver democracy reform and pave the way for a functional democracy while they have the power to do so, they will lose an entire generation of voters.”

Un-PAC is working to be present on campuses in all 50 states but will focus their efforts in West Virginia and Arizona.

The organization is in the process of hiring 100 student organizers throughout the country. Organizers will ensure young people throughout their communities and campuses will pressure Congress to pass democracy reform.

In the 2020 general election, 60% of eligible voters in North Carolina ages 18 to 25 voted. Watauga County had  71.6% voter turnout, a record number for the county.

“Any movement that expands access to voting, or seeks to build more equity in our political system is one I can wholeheartedly support,” George said.

“Since money has been allowed to influence elections so heavily, politicians have gone to the wayside to support donors first and the people second,” Collins said. “Making the U.S. government work for the people again is not just what people want, it’s what people need.”

Collins, however, does not support the For the People Act.

“The federal government already has too much of a say in the lives of citizens around the country,” Collins said. “I am a firm believer that election law should be left to states. One size does not fit all.”

Although Un-PAC will be built off of students trained through the Students for Bernie program, the organization will also be reaching out to independent, conservative and moderate students.

“So much of the crises and pain young people have been experiencing are directly linked to our broken democracy and the need for reform,” Joseline Garcia, Un-PAC’s national organizing director, said in a press release.