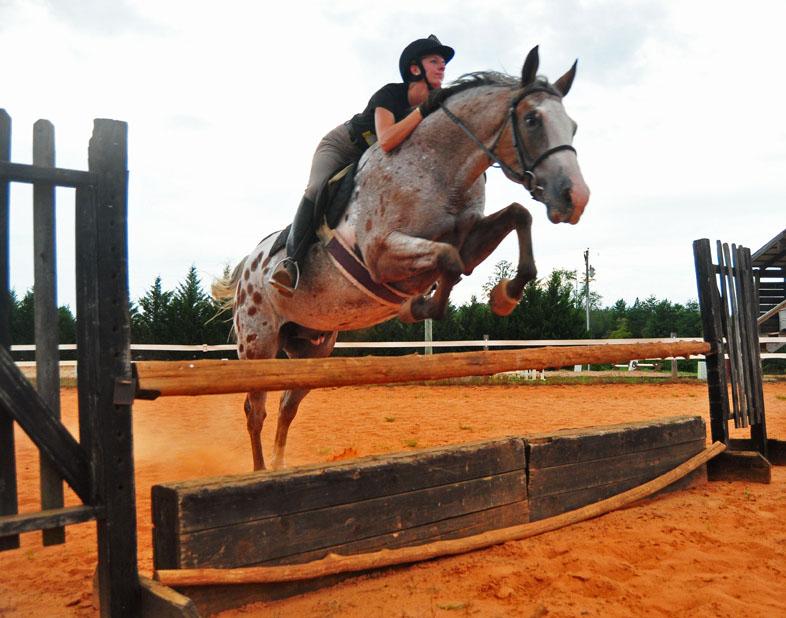 ASU’s equestrian club has to drive over an hour away to the barn Foothills Equestrian Center, if they want to practice.The barn is located in Taylorsville, N.C.Chloe Paddison, equestrian team secretary, said the time commitment for practices “gets to be too much” for some people.”It takes us an hour and fifteen minutes to get to and from the barn,” Paddison said.But the distance has not deterred club registration, which is at an all-time high this semester, Paddison said.

“This semester we have had a huge influx of new members and are actually looking at 48 new members joining the team,” Paddison said. “That would put us at about 87 members this semester, the biggest team population the club has ever seen.”The equestrian club has three different divisions within the team: the Western team, the Hunt Seat team and the Dressage team.”Last fall, we finished third overall in one of our Hunt Seat shows, the best we have ever done,” Allison Davis, club member said. ” And the Hunt Seat team finished sixth overall for the entire year which was also the best we have ever done.”The separate teams each compete in around three or four shows a semester, which are normally against nearby schools.Members are encouraged to practice riding at least once a week with other members of their specific team.To help save gas, the club carpools to the barn, often fitting the whole group into one car.”We don’t want to make everyone drive separately because that would just be unnecessary,” Lindsey Mullen, club member, said.Mullen said each member of the group is expected to drive one week, but members without cars can contribute gas money.Davis said lessons can “take at least a five hour chunk out of our day,” but she has never personally known anyone to quit the team due to the time commitment.For those who are new to horseback riding or do not want to compete, the club offers recreational riding where members just take lessons along with the team.