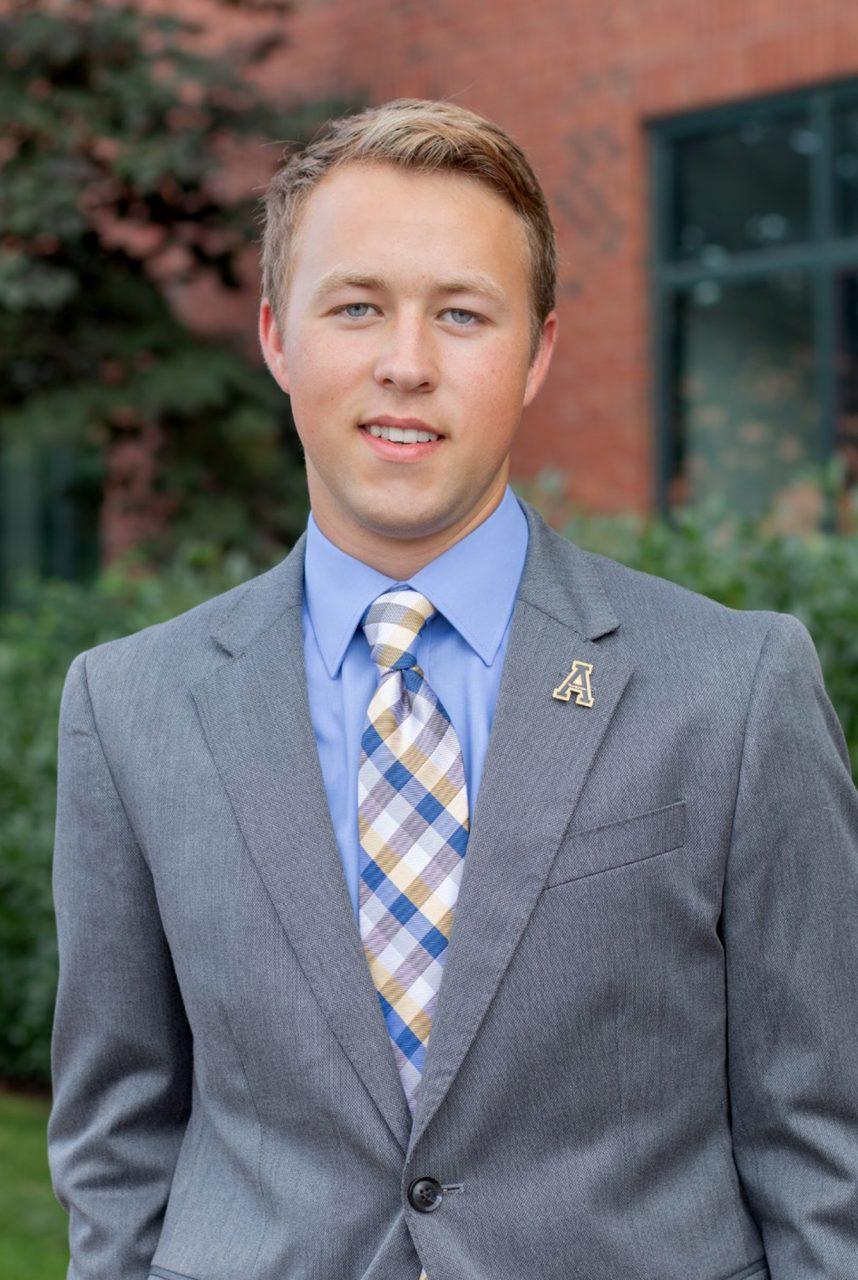 Along with fellow university college senator Maddie Vargas, he primarily represents students who are undecided in their majors.

His experience in being a representative began at Concord High School, where he was on the Principle Student Advisory Committee.

Mullins was later promoted to the Superintendent Advisory Committee, which allowed him to advise the Cabarrus County Superintendent on county policies.

He was also exposed to the fundamentals of local government and education legislation when he interned with the chairman of the Cabarrus County Board of Education.

Though this is his first semester, Mullins’ bond with App State is deeply rooted.

As a student, his father was an elected member of SGA and a board member of what is now the Student Conduct Board.

Mullins cited his father’s accomplishments at App State as one of his leading inspirations for running for senator.

“He showed me that politics can be a way to create positive change, negative change or no change at all, which inspired me,” Mullins said.

He also identified his passion and commitment to represent people in times of voting or being a liaison for campus organizations.

“I told voters that I am not going to sit here and tell you what App State needs,” Mullins said. “I want you to tell me, and I promise that I will take it to the Senate and do something about it.”

While campaigning, Mullins constructed his platforms as he talked to constituents about issues that          affect them.

“I talked to somebody who is a sustainable development major and involved with environmental policy. She is doing research on a chemical called glyphosate, which is a pesticide that App State uses,” Mullins said. “It is incredibly unsustainable and harmful to people to use it.”

As a solution, he proposed that if SGA is serious about supporting App State’s sustainability efforts, the organization must look to other schools who have found less harmful pesticides to use on their campuses.

Mullins also said he learned more about the lack of student diversity at App State and how impactful a statement or piece of passed legislation from the SGA can be.

As a senator, he also wants to address other vital issues that affect students, such as the campus’ current blue light system not being handicap accessible, laundry and printing fees not being included with student tuition and SGA senator votes not being public knowledge.

“Last year, there was a minimum wage increase bill that passed, which raised the minimum pay for App State employees. There were some nay votes on the bill, and as someone who strongly supports that legislation, I wanted to know who those people were,” Mullins said. “We need to make it easier for all students, who evaluate us as voters.”

Student Advocates for Solidarity, a club Mullins founded in high school, is an organization that unites students with differing beliefs to find a civil ground between their ideologies.

“I know I am not going to agree with everybody in SGA on various topics,” Mullins said. “I think that my experiences will help me through that.”

A full list of incumbent SGA senators and cabinet members can be found on the App State SGA website.

Featured photo caption: Devin Mullins, a newly elected SGA senator representing the University College. One of his goals is to find a less harmful pesticide for App State to use.