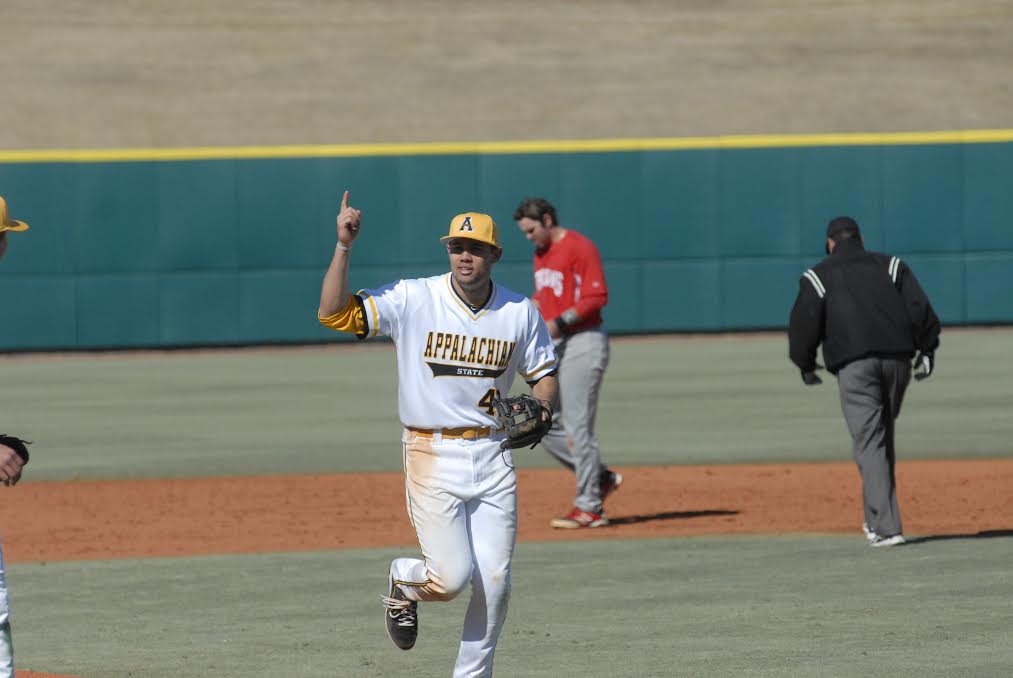 Dobson was named Sun Belt player of the week and Thurber was selected as the conference’s pitcher of the week after a week that saw the Mountaineers (7-17) win their first Sun Belt series, taking two of three in Boone from ULM.

Dobson was a key cog in the App State offensive attack over the four-game stretch leading to his honor as he compiled a .667 batting average in 15 plate appearances (10-15) and added two doubles, two home runs, five RBI and seven runs scored.

The week of hot hitting raised Dobson’s season batting average from .270 to .337.

Thurber helped slam the door on the mound leading up to his selection as he tossed 10 scoreless innings in two appearances.

During that stretch, he surrendered only seven hits and struck out eight while issuing no walks.

The week of success also included Thurber’s first complete game of his career on Friday’s series-opening win, as he threw 103 pitches and well exceeded his previous single game innings pitched total of six.

The two selections are App State’s first as members of the Sun Belt.

After tonight’s matchup with ACC foe Wake Forest, the Mountaineers hit the road for a three-game weekend series against UALR.

First pitch for the series opener against UALR in Little Rock, Arkansas is set for 7 p.m. Friday.