“Dune” Review: A modern classic or just another Star Wars? 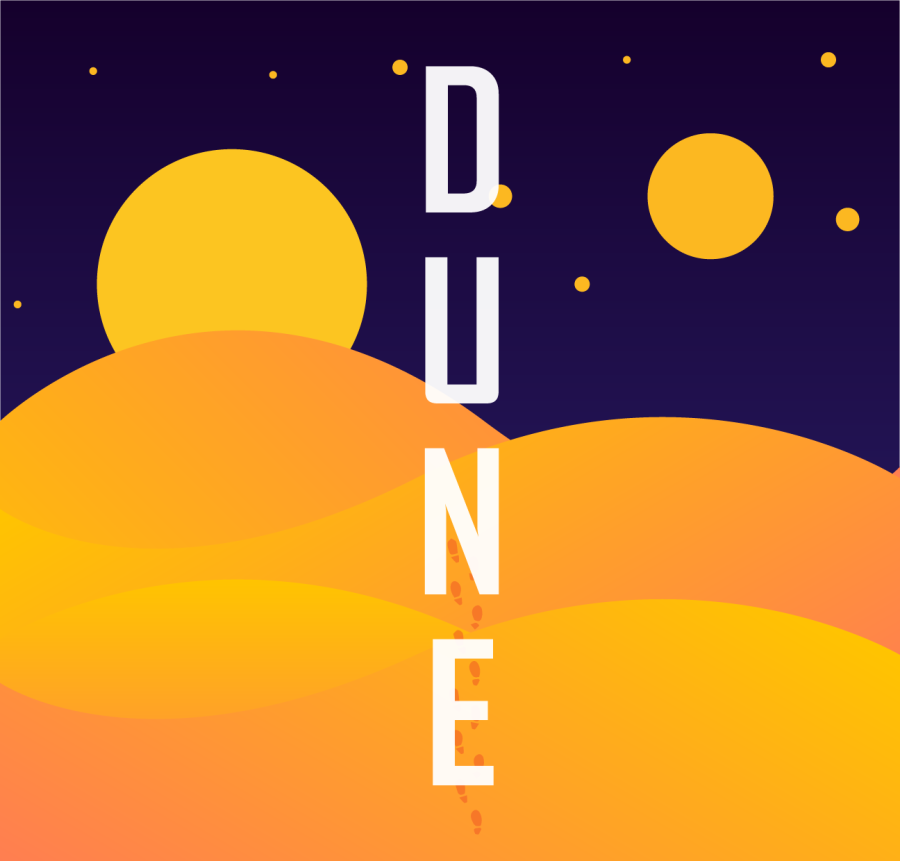 A desert planet thousands of years into the future. A mysterious, mind-altering spice. Space witches and human computers. Great houses fighting for political power in a great intergalactic empire. The world of “Dune” is … a lot. The novel, written by Frank Herbert in 1965, is hailed as a sci-fi masterpiece. So how does the new film adaptation depict this captivating and extraordinary universe?

A film version of “Dune” is a monumental project. As much as fans of the novel and the 1985 movie would like to gatekeep the story, myself included, there is no denying that director Denis Villeneuve has nailed it. Villeneuve was without a doubt the right person to take on Herbert’s classic sci-fi creation.

The entangled politics and a spacey economic system can be overwhelming if you’re new to the world of “Dune.” A word of advice if you haven’t read the novel: do yourself a favor and skim through the Wikipedia page before you see the movie. Trust me. You’ll be thankful to have some background.

“Dune” (2021) masterfully tweaked the plot just enough to make the story palatable while still respecting Herbert’s original vision. Some changes, such as gender-bending Dr. Liet Kynes, worked well in adapting the novel to the big screen and modern viewer. One of the best dynamics of both the book and the movie is the portrayal of women in an extremely patriarchal society. The strong emphasis on male lineage and rulership within the royal houses stands in sharp contrast to the equal society of the Fremen, the native people of Arrakis. Male leadership appears rather trivial in comparison to the sheer power of the Bene Gesserit. The Bene Gesserit, a class of highly trained women with psychic powers, are the ones really in charge. There was truly no better actress to embody Lady Jessica’s balance of Bene Gesserit power, motherly instinct and behind-the-scenes leadership than Rebecca Ferguson. Her portrayal was flawless.

It’s obvious how much work and care the entire cast put into perfecting their characters. Timothée Chalamet was a great choice to play Paul Atreides. He precisely captured Paul’s character development from childish defiance to … well you’ll see. But Chalamet’s Paul was almost too likable. It would have been nice to see more emphasis on Herbert’s original vision of “Dune”: a critique on white saviorism and colonialism. Paul is the center of the critique, and he isn’t supposed to be a character the viewer necessarily roots for. Chalamet’s interpretation of Paul was good, considering the script and direction he was given.

One of the most memorable casting choices was Jason Momoa as Duncan Idaho. Duncan has a much stronger role in the movie than the book, but it was a change I preferred. Duncan is a brother figure to Paul, and he’s more of a family figure than Paul’s actual family. The two have an interesting dynamic but one the audience will appreciate. A character deserving more screen time was Stephen McKinley Henderson’s Thufir Hawat. Thufir is such an important figure, and he certainly needed more of a spotlight.

If I were to talk about all the things I loved about this movie, this article would never end. To save you from all that reading, here are the top three. First, the sandworms. The movie managed to display the critical importance of sandworms to the Fremen and to Arrakis while still keeping them an enigma of sorts. Hiding them from the viewer for most of the film captured the mystery, reverence and power of the creatures. Second, the lack of ultra-advanced technology was the best true-to-the-book element of the movie, as computers were banned from the known Universe after a deadly war with human-like robots. Humans themselves became computers and technology. The lack of tech is an important factor, and the hyper-intelligence of humans is highlighted very well. Finally, Hans Zimmer’s soundtrack. Zimmer is no Toto, who wrote the music for “Dune” (1984), but his soundtrack is phenomenal and epic nonetheless.

There are a few things “Dune” (2021) was sorely lacking. First of all, color! Villeneuve is known for his muted and monochrome palettes, but it just didn’t work in “Dune.” More color would have made the film more engaging and would have only added to the beautiful and captivating camera work. Arrakis is a desert planet that has never seen a drop of rain. Understandably, there’s not much color that can be added scenery-wise, but that should have been the costume and makeup department’s time to shine. Unfortunately, they did not step up to the plate. The stunning costumes are without a doubt the best part of David Lynch’s “Dune” (1984). I was looking forward to the character wardrobes in Villeneuve’s adaptation, but I was disappointed. “Dune” would have been the perfect opportunity to create futuristic, creative and vibrant designs that added the pop of color to the film needed. Instead, viewers were left with less “fashion-forward” and more of a combination of Spirit Halloween and Old Navy. The costumes were incomparably better in Lynch’s version, but “Dune” (2021) did do something rather interesting with the costumes. The attire of the Bene Gesserit and members of the Spacing Guild is reminiscent of Eastern Orthodoxy and Catholicism. The locals of Arrakis are clearly dressed with Middle Eastern and North African Islamic fashion in mind. The wardrobes reflect the many religious themes within the storyline. In the world of “Dune,” knowledge is power and revered as a religious expression. The symbolism of the costumes was appreciated, but all in all, left me wanting more.

As visually stunning as the film was, “Dune” unfortunately missed the point of the story. In the book, Paul is not a hero or a protagonist. He is an opportunist. The movie does not capture the original intent of the book. Given, it is not easy to portray the nuances of the book on film, but “Dune” lacks the dimension of Herbert’s satire on colonialism.

“Dune” has a beautifully complex and incredible universe, and it is criminally underrated. After this movie, which is already proving to be a hit, “Dune” will hopefully get the recognition it deserves. Admittedly, I was skeptical going into the movie and believed the plot was too much to fit into one movie. A “Game of Thrones”-style series would be a better fit than a movie franchise, but the film was masterfully created nonetheless. Villeneuve definitely made the right decision to split the story up into multiple movies. You’re not going to hear any complaints from me. The more Villeneuve “Dune” movies, the better. “Dune” deserves what other sci-fi and fantasy hits like “Star Wars” have. Hopefully, this movie version of the cult classic novel will give Herbert’s incredible world the widespread recognition and acclaim it deserves. All in all, “Dune” (2021) is a visually stunning movie and an instant classic. It deserves a top spot on everyone’s “must-see” list.