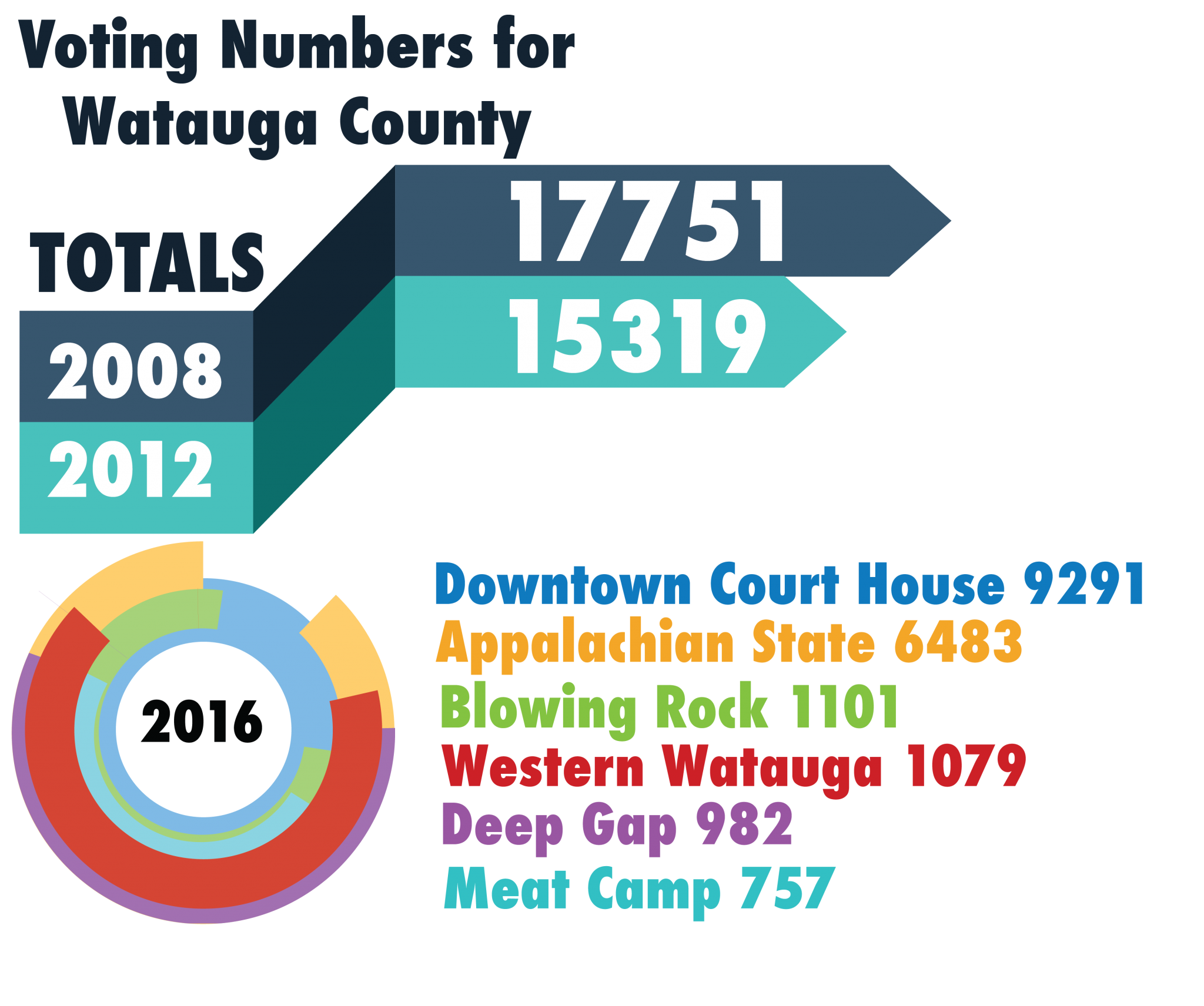 Nineteen thousand nine hundred sixty three people took to the polls in Watauga County during the 2016 early voting period, up from the previous record of 17,751 in 2008.

“We just planned for it and shifted our resources from the Admin site during the first week that it was open and then once all the satellite sites opened up we shifted more resources over towards the student union,”  Snyder said.

There was one snag, however. Snyder said there was an error with the voting machines in the administration building site and the state recommended recounting the ballots. The recount returned the same results.

Walt Grayson, deputy canvassing director for the Watauga County Democratic Party, said early voting turnout at the student union was also at a record high, with 6,483 people casting ballots this year compared to 6,447 in 2008.

Daily turnout was also higher, as there were three less days of early voting at the site this year than in 2008. Grayson said average daily turnout at the union was 1,111.

“It was just really exciting whenever we broke that record because it was something that we were aiming to do but still, three less days, thinking realistically, it was kind of like a big goal and so we were really impressed with that,” Grayson said.

Chris Behrend, data director for the Watauga County Democratic Party, said they registered 4,749 people over the course of their election through their get out the vote efforts and had over 200 staff and volunteers make 48,385 phone calls and knocking on over 5,000 doors.

Anne-Marie Yates, chair of the Watauga County Republican Party, said the Watauga GOP worked to identify voters who would like to file absentee ballots, made phone calls to reach potential voters and had poll greeters at each polling place on election day.

Grayson said that registration efforts went well overall and that the only logistical difficulty for getting out the vote came from uncertainty about the campus site’s location.

“So probably the most confusion came from not knowing where our voting site was going to be until a little more than a month before the early voting polls open so it was hard for us to go out encourage people to go and vote early because we couldn’t say you should go vote early at the student union or at Legend’s,” Grayson said.

Grayson said outreach efforts were well received overall and that he relished educating prospective voters about down-ballot candidates where opinions might not be as strong and there is more room for conversation than in the presidential election.

Voters Grayson talked to were largely concerned about House Bill 2, a controversial piece of legislature dubbed the “bathroom bill” over its restrictions of restroom usage based on biological sex and the environment, with many expressing fear of the environmental effects of fracking.

“We are proud of the highest early voting turnout in the state’s history,” Kim Westbrook Strach, executive director of the State Board of Elections said in the statement. “Statewide, North Carolina had more early voting hours and more sites than ever before.”