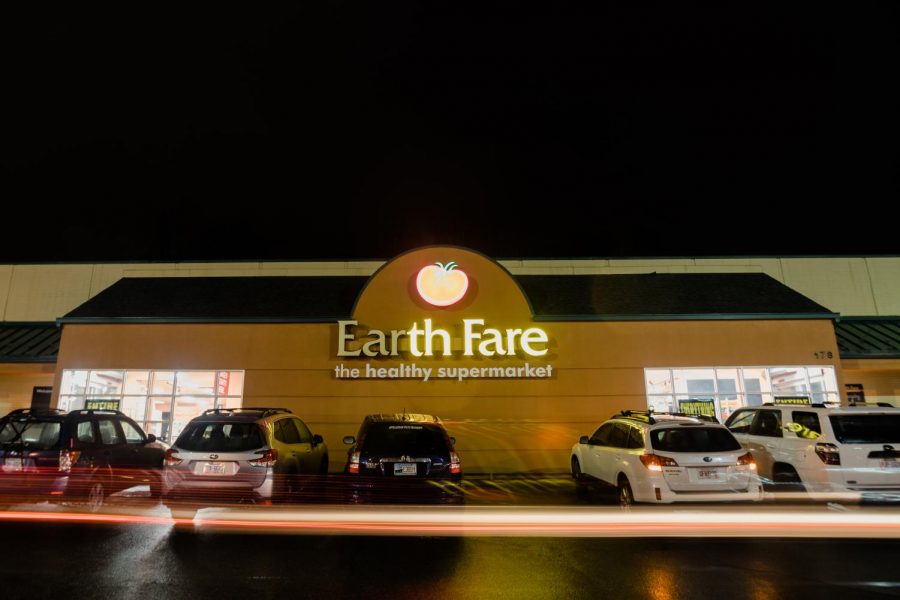 Boone's Earth Fare, which closed a few months ago, is reopening its doors once again.

Once stocked with fresh produce and advertisements for open interviews, Earth Fare is unexpectedly shutting its doors by the end of February, leaving behind empty shelves and a countdown to closure that employees update every day.

“I think everybody was blindsided,” said Justin Frye, who works in the kitchen.

The Asheville-based organic foods store announced in a press release it would close all of its stores Feb. 3. The next day, it filed for bankruptcy. Employees said not even managers were told about the closure.

Nathaniel Steelman, the bakery manager at Earth Fare said on the morning of Feb. 3, managers were called to the backroom and notified over a conference call that all stores were closing.

“My heart sank. I wanted it to be a joke. Others were sad, mad and confused,”  Steelman, a senior psychology major, said.

Fletcher Spillers, who works in the kitchen, said employees had suspicions before the announcement.

“About a week ago, all of our trucks stopped coming in,” Spillers said.

Spillers said after managers asked corporate why they weren’t receiving new inventory, they were told the kitchen was being renovated.

“We had a few theories that they were selling out maybe,” said Spillers, a freshman fermentation sciences major.

Spillers said many employees started working at Earth Fare after App State students returned from winter break in mid-January, and until the close was announced, the store’s marquee board read “now hiring.”

“A bunch of people in produce have been working here for two weeks, and now they have to go find another (job),” Spillers said.

Conversely, Frye said some employees had worked there for more than 15 years.

“One of our guys here, Bradley, he’s been here for 19 years. Son grew up here, you know, he’s established so many connections and relationships with the locals,” said L’Renz Scott, who works in the kitchen.

Steelman who worked at the store for five years, said the closure has impacted him more than he could have ever imagined.

“We were not only losing our jobs though, we were losing a strong bond we all had with one another,” Steelman said.

Steelman said his store manager had worked with his class schedule, and as a full-time employee, he got health benefits. He was also setting up an internship with the human resources director in Asheville before the closure.

“As you can imagine, it’s pretty difficult to replace (a) full-time managing position with health benefits (that will) work around my school schedule,” Steelman said.

“I’m currently looking and moving into a more affordable housing when my lease expires, assuming I’ll have to settle for a part-time job with a pay cut at least until the summer,” Steelman said.

Most of the products in the store have been on sale since the announcement of the closure. With no new inventory to work with, some employees haven’t shown up for shifts, and others aren’t sure what to do.

“We’re trying to be as productive as possible with what we have,” Scott said.

The store has seen visitors from Johnson City, Tennessee, to Banner Elk taking advantage of the sales on the produce, meats and cosmetics.

“We’ve completely run out of all of our produce, and I’ve been going and talking to our produce guys in the back…they’ve been playing cards, they’ve been sweeping the same floors a thousand times, they do not know what to do,” Spillers said.

The store has also been selling its fixtures and other equipment and closing early since the closure was announced.

On the other hand, Steelman said as an employee, it has been difficult to see so many posts from community members moving on from the store already.

“Today’s society is so geared toward seizing every single opportunity for yourself. People forget that other humans are suffering. I later get online and see people posting about, ‘What would be cool to replace Earth Fare?’ or ‘come shop here instead,’” Steelman said.

Without notice, employees are scrambling to find jobs, while many are still working all day. Scott said the store’s manager has been helping employees find jobs, and managers from other grocery stores have brought their cards by.

“People have been really good about opening their hearts … I’m glad Boone has this close-knit community,” Scott said.