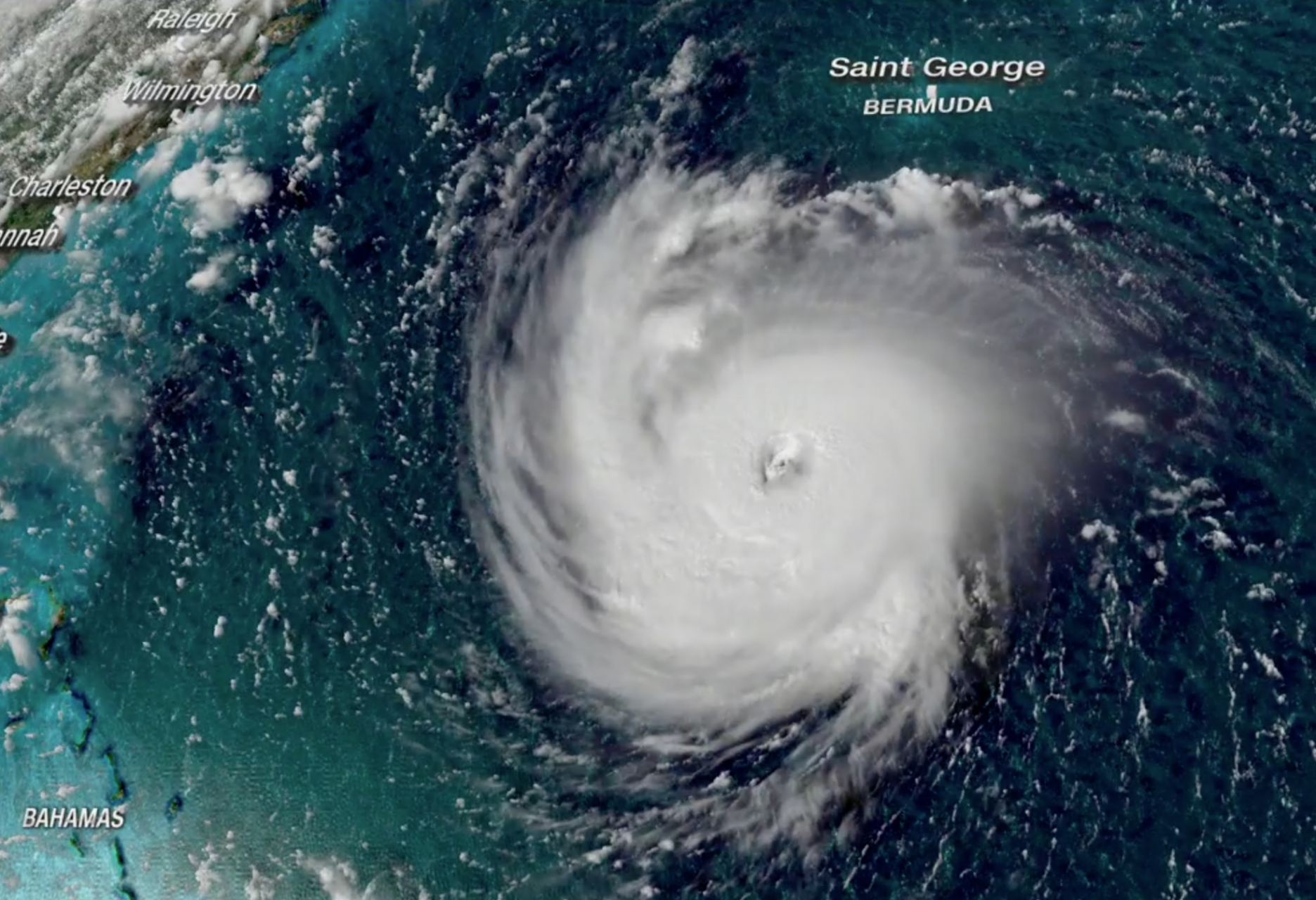 This story will be updated as more information comes in.

Hurricane Florence is now a Category 2 storm, according to the National Hurricane Center.

The center still predicts flash flooding and significant river flooding in the southern and central Appalachians for the rest of the week into the beginning of next week. Boone is listed in the South Central region of the Appalachians, according to Appalachian Regional Commission.

Hurricane Florence is expected to make landfall off the coast of North Carolina between Thursday and Friday as a Category 4, according to the National Hurricane Center.

Jason Marshburn, director of environmental health, safety, and emergency management for App State, said they are monitoring the storm closely and are prepping for the worst-case scenario.

Classes and all academic obligations are canceled beginning Sept. 12 at 5 p.m. to Sept 16. Condition 1 will be in place for employees, according to an email sent to all App State students from the university.

“With preparedness for Florence we actually started some internal discussions last Wednesday, on a small scale,” Marshburn said. “We’re doing our normal preparedness measures when we start looking at weather events.”

Measures include clearing drains of debris, an inventory of food by Food Services and making sure supplies are in stock and that everyone is up to date on the latest forecast.

“We’re working with University Communications and various departments to make sure we are getting good communication plans put together,” Marshburn said. “The chancellor and her cabinet is engaged in the process, as well and we are briefing that group on a regular basis, as well.”

The main group that deals with emergency preparedness is the Emergency Management Task Force. The group includes members from athletics, the chancellor’s office, academic affairs, health services and housing. In total, EMTF has 17 groups around campus represented.

“The Student Government Association is here to give you any support that is needed during this natural occurrence,” the statement said. “We encourage you all to prepare accordingly and make any necessary arrangements. Remember, we have gone through these situations before and have come out the other side as an even stronger Appalachian family.”

The statement also encouraged students to reach out to campus resources and that they urge everyone to “prepare, remain calm and rest up during your time off from your normally scheduled week.”

Marshburn said students should prepare for the storm by making sure they are registered to receive the emergency alerts on campus, have an emergency kit ready have an emergency plan in place, especially if the student lives in a flood zone.

Students concerned about flood zones can find out if their home is in one at http://gisviewer.townofboone.net/maps/default.htm.

In the event of a power outage on campus, Marshburn said there is a protocol for students in dorms.

“Either housing staff or security would come in and supplement that electronic access so there would be someone there to help control access into and out of the building,” Marshburn said.

The biggest concern with this storm is the potential for heavy rainfall.

“They’re predicting between 1 inch to double-digit rainfall,” Marshburn said. “There is a chance we could see some impacts but the biggest concern will be rain.”

Marshburn said they are looking at places that flood around campus like Durham Park, which is designed to flood, and areas around Boone Creek. Areas around town that tend to flood include the Boone Mall parking lot and the Walmart parking lot.

“I think the question is the degree to which those (areas) flood and that will just depend on the track of the storm,” Marshburn said.

Marshburn said that the housing options for those employees may be on campus or in area hotels.

There are on-campus options for students living off campus who cannot get back home.

“We can have the option, depending on need, to house on campus, especially for off-campus students,” Marshburn said. “We will also work with our community partners to make sure that there are housing options.”

Marshburn also said the university does provide assistance if a worst-case scenario happens and living places around Boone are destroyed.

“The level of assistance may vary so we would basically help coordinate that assistance process and help make sure they’re getting the resources that they need,” Marshburn said. “We would work to provide the accommodations that we can but we would also work with those students to make sure they’re getting the support they should be getting from their landlord and working with our community partners to identify other options as well.”

For more information on App State emergency plans and how to prepare for an emergency visit emergency.appstate.edu.