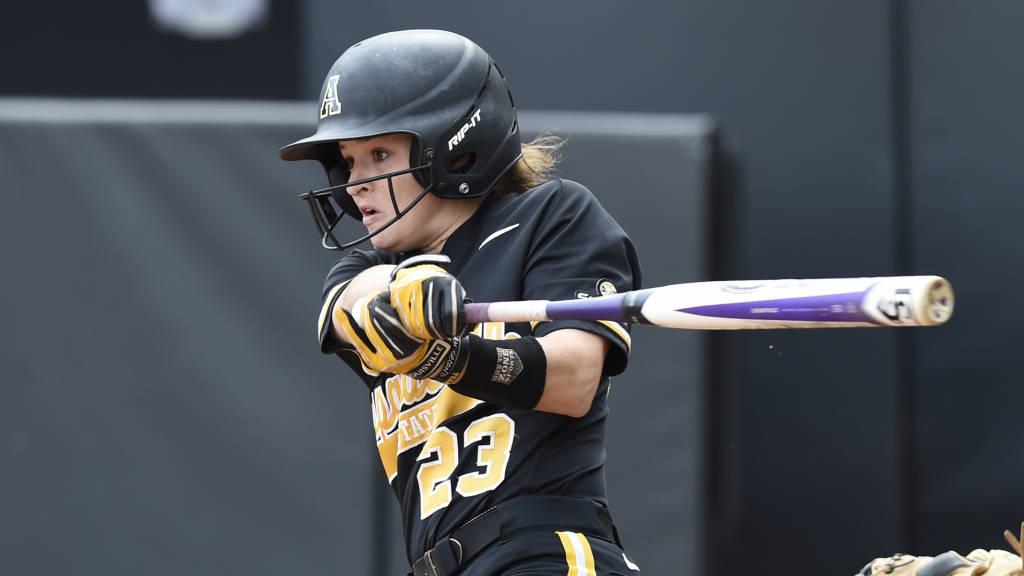 Heading into the second season under head coach Janice Savage, Appalachian State softball looks to rebound from a season that saw them lose 22 of a possible 23 games against Sun Belt conference opponents and finish with an overall record of 14-35.

Savage and her players have taken the positives from last season, like their 4-3 victory over University of North Carolina at Chapel Hill, and applied it this off-season to improve as a team. They hope to be a more competitive opponent this year.

“Last year was a learning year,” junior Vanessa Ciocatto said. “We did a really good job coming out in preseason and beating some big teams, and I think that can carry over into this season, especially with a lot of new talent.”

Those wins, along with some defeats by wide margins, matured the young team.

“We got a lot of experience last year, so we know what we’re facing,” junior Cara Parker said.

That experience was not only on the field, but also involved the process of traveling to Sun Belt schools.

“We’ve been to half the schools and seen the stadiums and the players and how it works in the home crowds, and then we’ve also hosted some here, too,” Savage said. “That helps a lot for us, but we definitely have to make some changes to some of the things we’re doing and our expectations.”

The roster gained 10 incoming freshmen this year though, and they will be experiencing it all for the first time. Even with the inexperience, the freshmen are expected to have a big impact.

“They all contribute a lot and bring a lot to the table and do a very good job of leading, which I know is hard as a freshman on the field and off the field,” Ciocatto said.

The coaching staff has yet to determine how much of an impact these young players will have, as the final roster has yet to be set.

“We’re in a position right now where we’re still trying to figure ourselves out,” Savage said. “My lineup card is gonna be different every game for a long time, just trying to piece things together to see who gels better, to see who works better together.”

Whatever assortment of players end up making the starting lineup, the team is ready to play any role necessary to achieve their goals.

Senior Katherine Johnson said that the team aims to make the conference tournament and do some damage once they get there. They also want to finish in the top-half of the Sun Belt conference.

To reach those milestones, Savage and her staff have turned up the intensity in practices.

“The hard part is continuing to make them realize that, when we’re tough on you, we’re trying to make it better,” Savage said. “I want it to be so tough in practice that a game is easy for you.”

The team opens its season Thursday against the Auburn Tigers, who are ranked fourth in the country. Savage said that the team is always eager for the first game of the season, but it being against a high-ranking opponent adds some anticipation, as well as some nerves.

The players are ready to get on the field.

“Our first game is always exciting,” Johnson said. “It’ll see where we’re at as a team and what changes we need to make.”

As they prepares for the start of the season, Savage said she hopes her team will maintain their level of energy as the season continues.