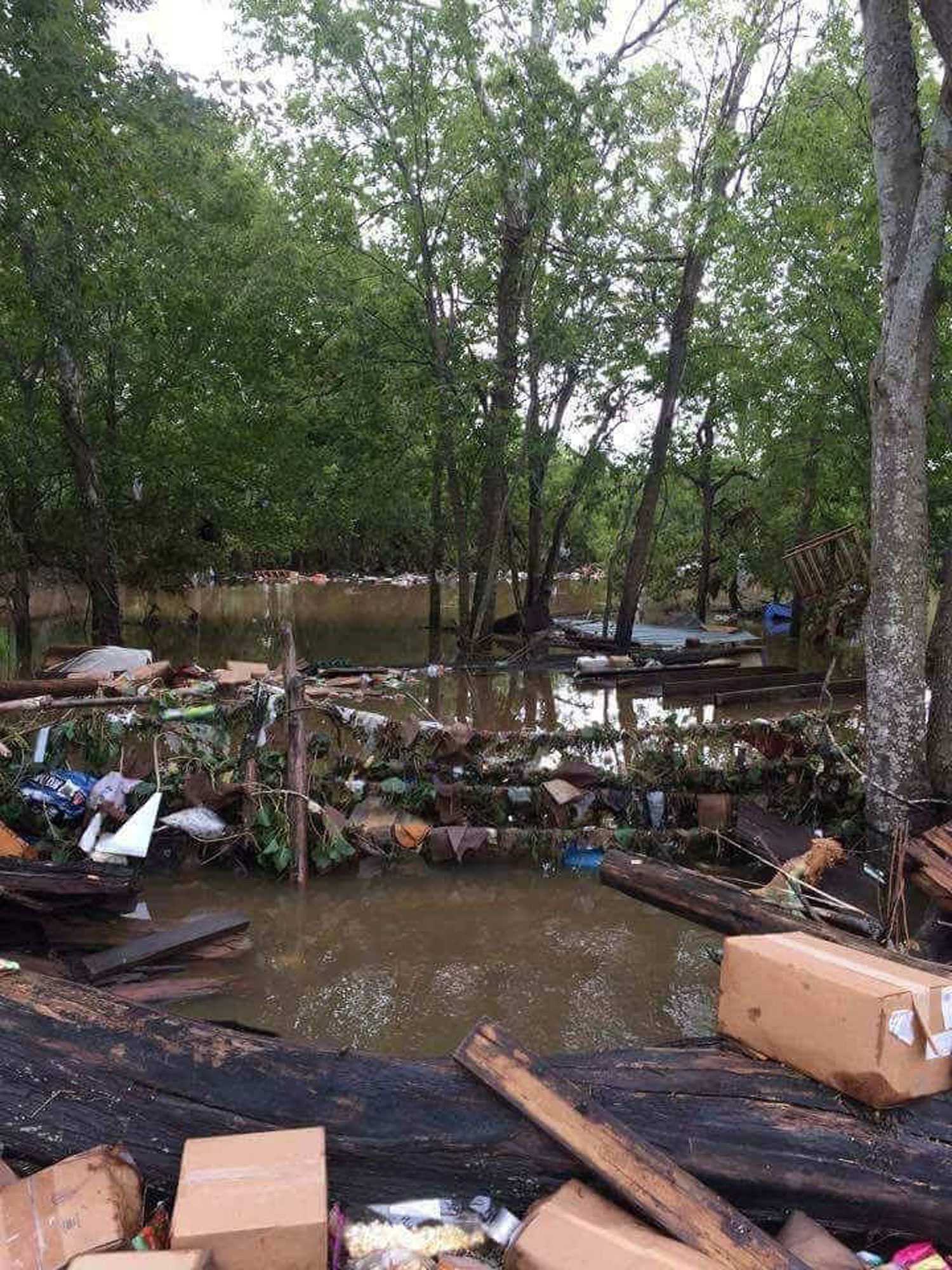 A devastating scene of damages that hurricane Harvey has caused in Texas.

Though initial storm damage poses huge problems for much of Texas and Florida, a much larger threat lurks under the flood waters that left over one third of Houston underwater as stated by CNN.

Chemical facilities affected by the storm caught fire, flooded and, in some cases, exploded, causing the release of over 4.6 billion pounds of airborne emissions.

According to a New York Times report, nearly 100 hazardous spills have been reported in the weeks since Harvey hit.

A source from Arkema, a chemical production company, said, in an interview with The Atlantic, that its Houston Plant was flooded with over 6 feet of water, causing residents within a 1.5 mile radius to have to evacuate.

Officials began warning Houston residents to stay out of the water at all costs following an analysis conducted by The New York Times which found that a flooded living room contained 135 times the safe amount of E.Coli.

Known as the energy capital of the world, Houston’s 3,700 energy-related power plants were in danger of potential flooding according to The Greater Houston Partnership. Of these plants, over two dozen have been identified by the EPA as Superfund sites: areas of land that the EPA attempts to clean because of its hazardous toxicity to human health.

A New York Times report found that, of the two dozen flooded Superfund sites, 14 were contaminated with dioxins, lead, arsenic, benzene and a variety of other industrial compounds, all which are harmful to the natural world and human health.

The EPA’s Superfund website speaks of cleaning land for future reuse, however, the program’s page does not mention measures to prevent initial hazardous waste run off.

Luke Metezger, founding director of Environment Texas,  in an interview with The New York Times said that “some of these (Superfund) sites were just protected by a tarp covered with rocks.”

Columbia Law Climate Law Fellow Dena Adler, who focuses on developing legal and regulatory tools to advance the efforts of the government adapting to climate change, said in a recent blog post that due to the large amount of flood water contamination and toxic air emissions following Hurricane Harvey, there are environmental regulations that have been violated such as the Clean Water Act, the Oil Pollution act and several others.

When questioned if moving these sites and energy facilities away from regions subject to flooding would be beneficial to the environment, Sustainability, Economics and Development professor Brian Burke looked towards the bigger picture.

“Of course it’s viable to move these industries from the coast if we make that a priority. An even more interesting option would be to begin building a legal and economic system that prioritized drastically reducing toxic chemicals in the first place. Again, this is entirely feasible, but we would have to decide to prioritize human and environmental health over corporate profits.”

The fact that these natural disasters are almost certain to occur speaks to the lack of civil responsibility among big business as well as the EPA.

The empirical data that proves climate change is increasing the severity of storms means this practically irreversible issue is only going to get worse without action.

Groups like The Society of Concerned Scientists and Environment Texas are working to evaluate the damage of the recent hurricanes, however, what we really need is the government working with these groups to try to lessen the impact of environmental travesties like these in the first place.

Nate Fordyce is an undecided freshman from Chicago, Illinois.