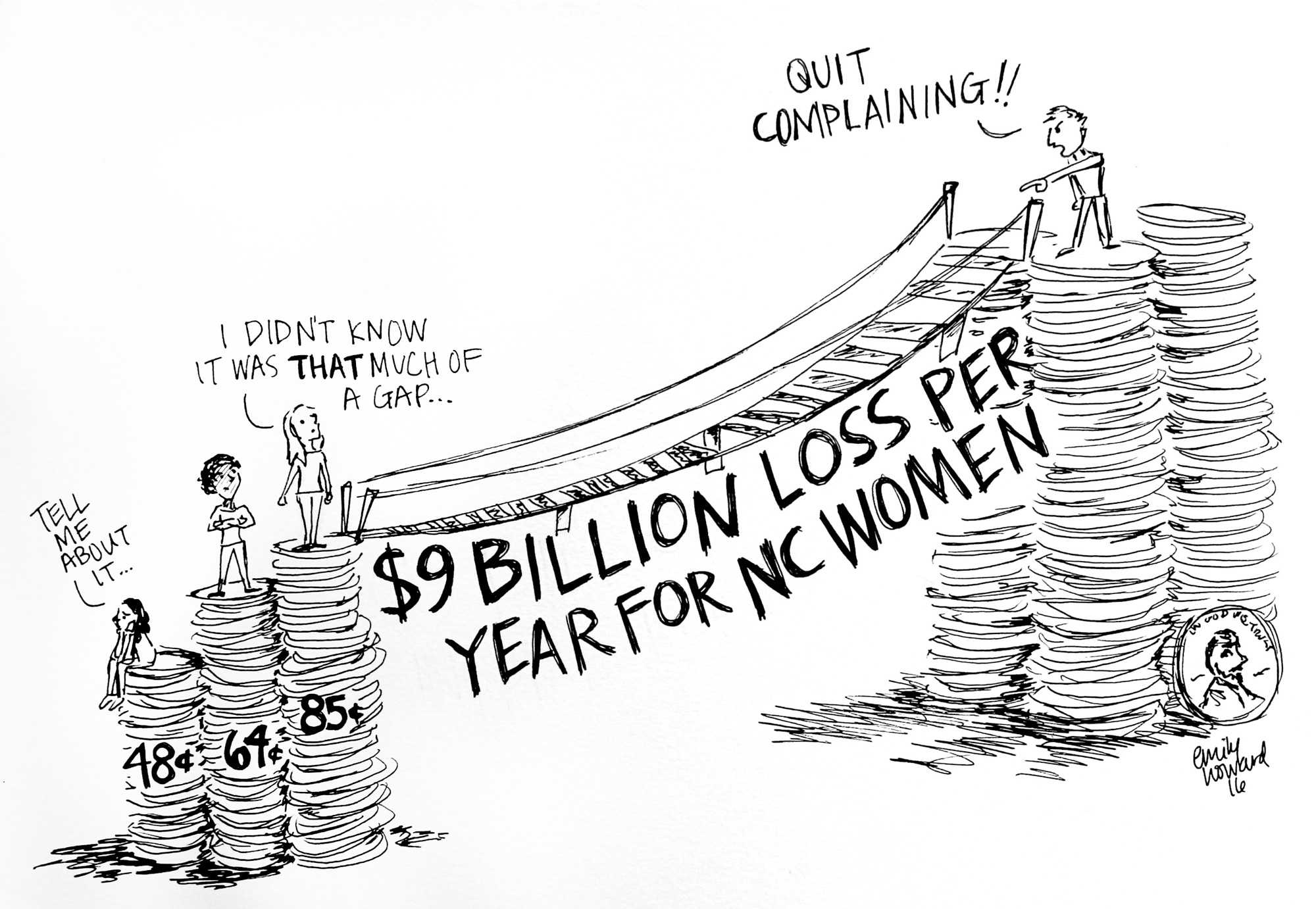 Tuesday was Equal Pay Day, a day that represents how far into the year a woman has to work to earn the same as her male counterpart.

Such a “holiday” must still exist because, despite the passage of Equal Pay Act of 1963, the pay gap between men and women still survives into today.

A study released to The Appalachian by the National Partnership for Women & Families found that on average, North Carolinian women are paid 85 cents for every dollar a man makes.

This means that on average, the annual wage gap between women and men amounts to $6,376, which amounts to roughly a $9 billion income loss.

This is sickening. It’s been over 50 years since the Equal Pay Act was signed and there is still a pay gap, let alone one of this size?

What’s even worse is that only white women are privileged enough to make even the 85 cents. Minority women in North Carolina make even less than that.

This is wrong on every level. Women work just as hard, if not harder, to make a living for themselves and they are rewarded less than men.

This disparity is especially harmful to families headed by single mothers, a group which includes 517,000 families in North Carolina.

The pay gap not only harms women, but harms their children a well.

These children are being harmed by the “punishment” that their mothers have incurred solely because they were born women.

How can anyone support this? How can anyone sit by and watch as women, whether they are single mothers or not, are essentially robbed and forced to live on less than what their skills and effort should garner?

This is theft, plain and simple. All across North Carolina, women have their time and efforts stolen by companies.

Yet, despite all this evidence, there are those who try to rationalize or excuse this reality. A common argument used is that women bring this upon themselves by the choices they make.

Ashe Schow of the Washington Examiner summed up one of the common arguments when she wrote that lower pay is a product of women’s choices. Women often go into lower paying fields, because of reduced risk, and therefore earn less, Schow contends.

There is a big problem with this argument. Yes, while in many cases women opt for lower-paying fields, there is evidence of inequality even in high paying fields.

A 2014 Bloomberg News analysis revealed that women with MBAs earned less than men in 17 of the 22 industries hiring people with that degree. One of the greatest disparities was in the area of finance, where women earned about $22,000 less than men.

The fact that some still don’t view the wage gap as a significant issue is disheartening. The fact that a prominent female writer holds this view is even more so.

The pay gap punishes women for being women, which at best is stupid and at worst blatant discrimination.

People who perpetuate the myth of  women being the cause of their own  problems in this area are either ignorant, or just plain stupid. The evidence is available for all to see.

While things have certainly improved, North Carolina, and many other states, needs to eliminate the pay gap. Doing so would not only help the women themselves, but also the multitude of single-mother households throughout North Carolina which are especially vulnerable to this injustice.

I hope the problem will be rectified, and women will receive the pay and compensation they deserve. That’s the hope at least.

Russell, a freshman journalism major from Charlotte, is an opinion writer.