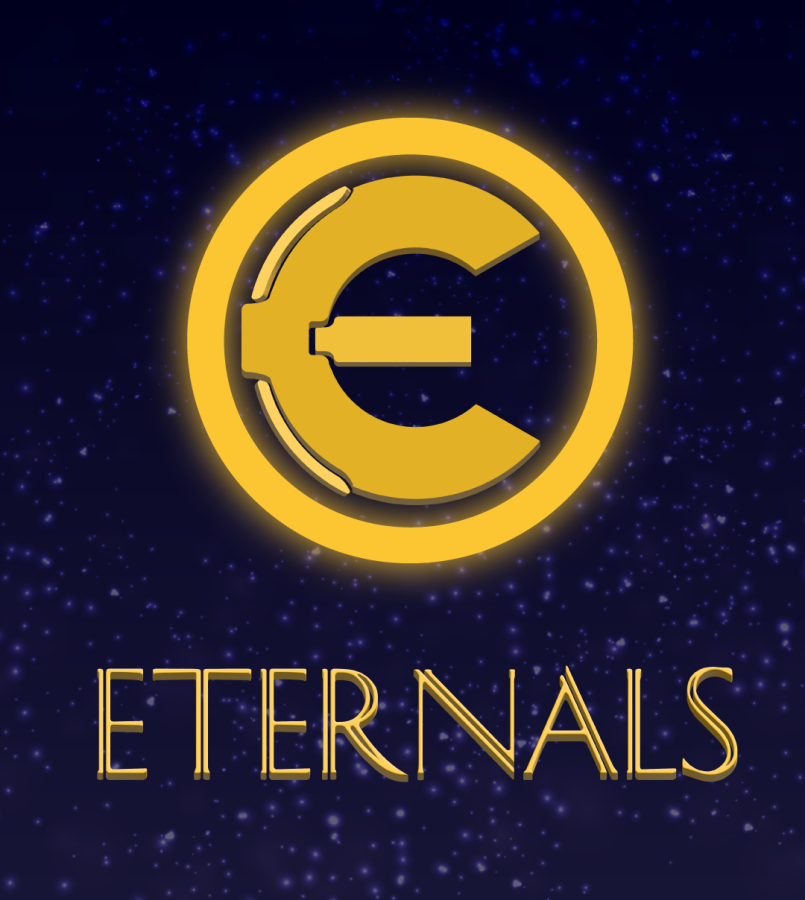 Those who have been invested in superhero culture over the past decade can likely feel the grip that Marvel Studios holds over the genre. While it’s understandable its recent influx of new movies and streaming content is not everyone’s cup of tea, it’s very rare any of its content is deemed unenjoyable. They’ve managed to build the biggest franchise in cinematic history, oftentimes with multiple releases throughout the year.

This is not to say it should be hailed as the pinnacle of superhero storytelling, but their affinity for large-scale production is not something to be ignored. Its fans are locked in and the Marvel Cinematic Universe is at their service. Even fans; however, know that at 26 movies and counting, the MCU can’t maintain success with every single project. Despite this, it can be argued the MCU still has some new tricks up its sleeve, as showcased in its latest film “Eternals.”

“Eternals” is unique. Not unique in the sense that you forget it’s a Marvel film, but different enough to set a new precedent in its approach to filmmaking, particularly those that involve massive ensembles. This story takes place across a vast period of time, primarily focusing on the present day but often venturing to ancient civilizations and world events. Led by actress Gemma Chan, who plays Sersi, the Eternals were instructed to protect humanity from alien threats known as Deviants. For thousands of years they’ve worked in the shadows, moving from one civilization to the next as humanity’s guardians. Now an awakening has begun, and the Eternals must face a new threat that will either define them as heroes or destroy them entirely.

In addition to Chan, this cast is widely diverse, both in talent and character. While the cast is too huge to credit every actor, some notable standouts were Angelina Jolie’s Thena, Barry Keoghan’s Druig and Brian Tyree Henry’s Phastos. As mentioned, this is a vast ensemble. Sometimes when working with a cast of this size, the characters tend to become blurs. Lots of directors simply don’t have enough script material to fully flesh out the intrigue that comes with them, often making it a struggle for viewers to become attached. In the case of “Eternals,” these characters carry the film. Each one offers a new, distinct point-of-view painting them more as human than hero. The diversity is key here as it not only more accurately represents humanity but also makes their struggles feel real, giving us an easier time sympathizing.

Naturally, a big chunk of these character developments occur via flashbacks. While Marvel has a reputation for opening films with flashbacks, such as in “Captain America: Civil War” and “Guardians of the Galaxy,” these flashbacks are ongoing, integral parts to the story. They felt purposeful and focused, always connecting back to the present-day situation. This constant relevance made the beautiful shots of the ancient empires Babylon and Tenochtitlan all the better. In these sequences, Salma Hyak, who plays Ajak, takes center stage. Acting as the matriarch of the Eternals, most of her screen time occurs in the past. Her role seems minimal at first glance but proves to be one of the more central arcs of the story, acting as a fortified anchor for the vast personality spectrum that is the Eternals.

None of this would be possible without the base structure of the film. In any movie, it’s extremely difficult to take a story spanning millennia and cut it down to two hours and 45 minutes. At times, it’s almost disappointing that “Eternals” chooses to remain in the present rather than focusing on the thousands of years preceding it. These past sequences not only provide the most nuance but also raise poignant philosophical questions that encourage viewers to consider their morality. Director Chloé Zhao strives to capitalize on this structure by bringing the moral dilemmas of history to the forefront of our world, only falling short when the fascination of the past outweighs the present.

Of course, prospective viewers of  “Eternals” will be well aware of the clichés accompanying the MCU. Yes, the final CGI throwdown is fun to watch and gorgeous to look at. Yet while it attempts to offer novelty with new superpowers and characters, it feels like it can’t help but follow the same recipe it’s been following for the past few years. Star quality, CGI and fan service are classic MCU ingredients we’ve seen since “Iron Man” in 2008. After doing it so many times, it can certainly feel repetitive, but if you’re a superhero fan, you might call it consistent. Audiences who have not been on board with the MCU the last few years will probably find “Eternals” to be more of the same. For die-hard superhero nerds, this movie is a good time despite its repetitive tendencies. Most viewers shouldn’t expect to find anything new here in regard to the action sequences, despite how fun they are.

All this being said, “Eternals” is, at the very least, a good time. In addition to massive set pieces and through-the-roof action sequences, MCU typically does a great job of bringing its stories down to Earth through the characters. This film is no different, yet it feels the range of personalities and stories for each character provide a new level of realism which has yet to be felt in the MCU. While “Eternals” does raise the bar in regard to storytelling, it’s often difficult to look past the reliance on special effects and adrenaline, ultimately resulting in a flawed, though exciting, adventure. “Eternals” gets a rating of 6.7/10.