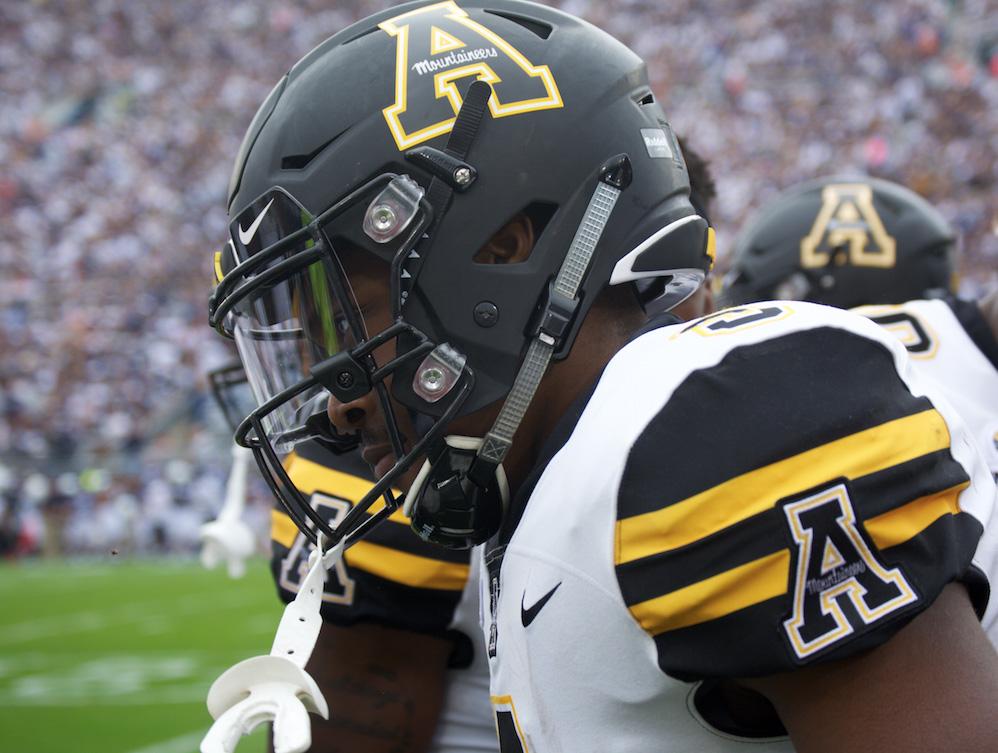 Running back Darrynton Evans at the first game of the season against Penn State.

The Mountaineers’ special teams unit is currently No. 1 in the nation, according to ESPN. As a unit, they have scored four touchdowns in four games both on kickoffs and punt returns.

A majority of this notoriety resulted from the added scoring threat they bring. Not only can the offense score touchdowns, but the special teams can also put points on the board.

One player responsible for this rise to the top is redshirt sophomore running back Darrynton Evans.

Evans grew up in Oak Hill, Florida, and played football at New Smyrna Beach High School. He received multiple honors and awards there, including two-time team MVP and a first team all-area honoree.

Despite recording over 1,600 yards and 25 touchdowns in two seasons despite missing six games due to a thumb injury, Evans was only a two-star recruit out of high school.

He received offers from schools all over the country including Georgia Southern, Army Westpoint, Western Michigan and the Air Force. Evans chose App State over all other options and has been a constant source of offensive yards ever since.

“Darrynton has a unique combination of being able to break tackles and get down field quickly,” special teams coach Stu Holt said. “When he gets out into the open field, there’s not many guys who can catch him.”

In his freshman season with the team, Evans played in the final 12 games of the season as a receiver, return man and backup running back. He was especially crucial in replacing Marcus Cox after he suffered an injury and missed four straight games.

During those games, Evans recorded 814 all-purpose yards. He caught six passes for 34 yards, 28 carries for 120 yards and had 25 returns for over 500 yards total.

One of the biggest plays from Evans’ first season was his 94-yard kick return for a touchdown in App State’s 2016 Camellia Bowl victory. He finished that game with 124 all-purpose yards against a favored Toledo Rockets football team.

Last season, Evans did not play after taking a redshirt year due to injury. His disappearance left App State with a shorter roster in the backfield and a severely lacking kick return unit.

Evans recovered and dressed out again for the 2018 season, in which he has made a tremendous impact from the beginning.

Evans received national attention after his opening kickoff return against Penn State, during which he ran 100 yards across the field to score the first touchdown of the game for the Mountaineers.

Evans’ natural athleticism makes him a running threat no matter where he is on the field. He is an excellent return man, which is a talent all on its own, but his ability to catch passes and run the offense from behind the quarterback makes him a key player in the success of the football team.

“Being able to catch the ball as a receiver or run it as a back really opens up our offense and gives us more options,” Evans said. “We can throw a bunch of different packages at other teams and put some serious pressure on the defense.”

In the inaugural season of the Sun Belt playoffs, Evans already has 127 total rushing yards paired with 13 receiving yards.

Utilizing his ability in the return game while also being able to plug into multiple positions in the offense, Evans could be a huge weapon in the Mountaineers’ quest to win their first undisputed Sun Belt Championship this year.