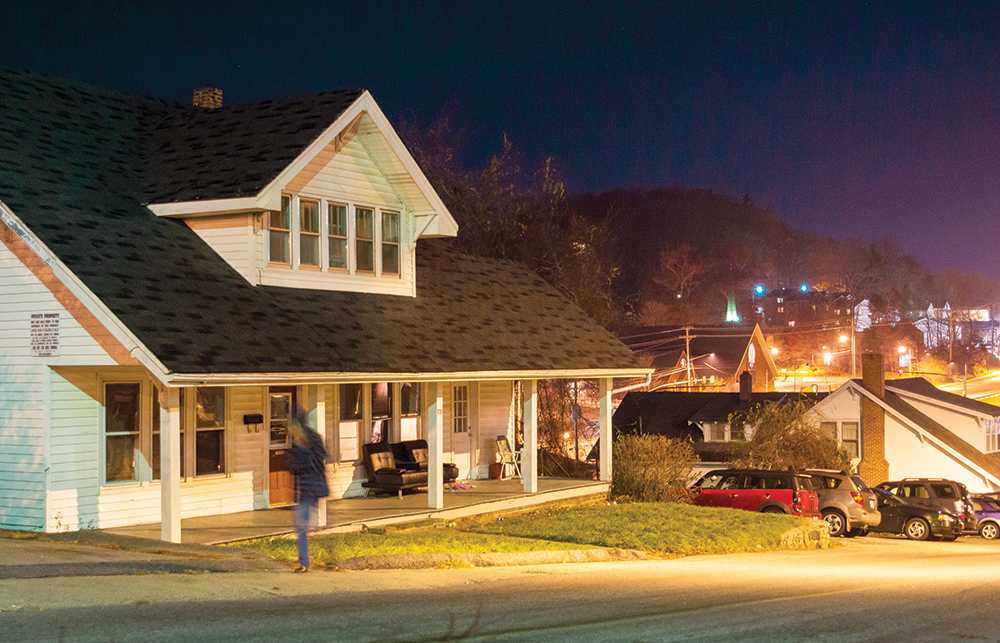 The house at 721 Howard St. is one of two on a property purchased by the university, which also includes two duplexes. The university is requiring the 13 students who live on the property to relocate by Dec. 31, but will refund their security deposits. Photo by Paul Heckert | The Appalachian

Promptly after buying the property, Appalachian sent eviction notices to the students Oct. 24 that notified them they would have

Upon inspecting the houses following the purchase, Appalachian found the health and safety standards of the houses were subpar according to their standards, said Michelle Novacek, the process analyst for Appalachian’s Physical Plant.

Despite the lack of immediate plans to build on the property, the safety concerns prompted Appalachian to evict the residents.

“It’s not that we’re in a really big hurry to put anything else there,” Novacek said. “It’s the fact that the places are probably not up to student housing standards.”

Novacek cited exposed plumbing, asbestos and decaying walls as some of the health concerns found within the houses.

“If you were to go in [the houses], there are places where you can see daylight through the walls,” Novacek said.

Gunnar Schattler, a senior physics major and a resident of one of the duplexes, said he could understand Appalachian’s concern over the safety of the two houses, but he thought the duplexes were in normal conditions.

“They said that they had to evict us because those houses didn’t meet [university standards], which is understandable,” Schettler said. “But the duplexes were fine.”

The short notice given by Appalachian was also a cause for anger from students.

“My first thought was, ‘This can’t be legal,’” said Olivia Dannemiller, a senior sustainable development major and resident of the Howard Street duplexes. “But there is a clause in our lease that says if the ownership changes, they only have to give us a 30-day notice. It’s really stressful to have to find a place to live in the middle of the semester. Especially since I’m a senior, so I have a lot on my plate right now, and I can walk to work from my house, and walk to all my classes.”

Schettler said although they were nice enough to give more than 60-day notice, it still causes problems.“They dropped that bomb on us right before finals, in the heart of the semester when so many other things are going on,” Schettler said.

Appalachian is giving the students $500 as compensation, which Novacek said she thinks is a generous amount.

However, the gift only served to further aggravate the displaced residents.

“It doesn’t even come close to the damage that they put us through,” Schettler said. “I felt dirty accepting it. And I said that when I went [to the administration building].”

Novacek said although the university doesn’t have immediate plans for the property, it’s a part of Appalachian’s Master Plan 2020, the multi-year initiative to completely renovate the campus.

“We have to have enough land to build a decent sized building when the opportunity arises,” Novacek said.

Nevertheless, the students said they wished Appalachian could have been more transparent.

Dannemiller said it would have been nice if the university had kept them informed before the eviction notices were distributed.

“We’re part of the Appalachian family, and so they’re pretty much kicking their own family out,” Schettler said. “I felt betrayed.”